A shoemaker that is not shy of experimenting with designs and footwear technology, Adidas has a solution for footballers who don’t appreciate the finesse around the concept of shoelaces. Not to say that Arsenal’s attacking midfielder Mesut Ozil and FC Barcelona playmaker Ivan Rakitic cannot tie their shoelaces, but they will be the first footballers on the international stage to wear the new laceless Ace16+ Purecontrol shoe in official football matches this weekend.

Adidas says there are three key points of stability in the shoe. The first is a TPU cage to secure the mid foot, and is further anchored by a knitted upper and an internal knitted locking system called TechFit. The upper is an evolution of Adidas’ Primeknit technology seen in a lot of their recent fitness centric shoes, which is a mesh of tight and loose knits to provide a sock-like fit. For footballers, the latter is a critical aspect because it allows them better ball control as well as more shot power. 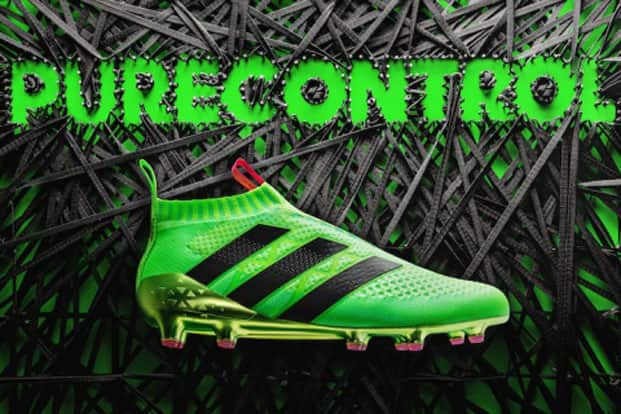 “My whole career I have tried to minimize the impact of laces on my strike and ball control. I revealed to Adidas in 2014 that in the changing room I knot the laces over and over again and then tuck in the ends, that way they do not interfere with my touch. When they came to me last year with the laceless boots, it was like they have created my dream product. I cannot wait to wear them on the pitch," says Ozil. The German footballer will wear the Ace16+ Purecontrol when Arsenal play against Chelsea in the Barclays Premier League at the Emirates stadium in London on Sunday. Croatia’s Rakitic will wear the boots when FC Barcelona take on Malaga on Saturday in the Spanish Liga BBVA.

Adidas tested these shoes in lower level football leagues in Sweden, and improved the technology based on feedback.

Adidas will be selling limited numbers of the Ace16+ Purecontrol shoes at stores in Paris, Marseille, London, Barcelona and Manchester. Prodirectsoccer.com is currently selling these shoes with the price tag of £230.