Home / Mint-lounge / Features /  Summers in booktopia
Back
Share Via

The season of sweltering heat is upon us, but some grown-ups have more pressing concerns than just the blazing sunhow to keep children busy during the summer vacation. Lounge picks 20 titles, from magical stories to historical sagas to books on art, which will hopefully keep young readers out of trouble 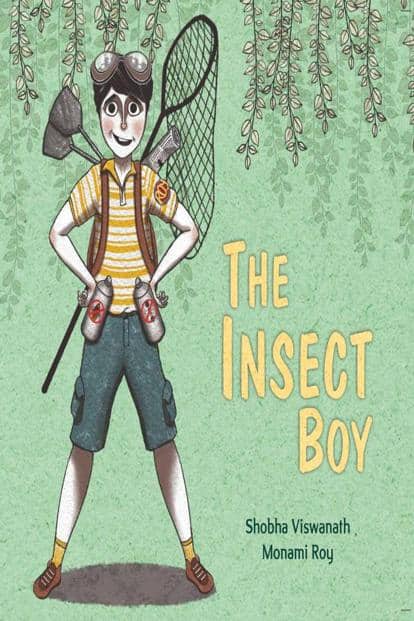 Summer is the time, especially in Indian cities, when creepy crawlies come out of hiding.

Summer is the time, especially in Indian cities, when creepy crawlies come out of hiding. If you know a child like Roy, who loathes these creatures, this is the perfect gift for them. Bitten and stung since he was tiny, Roy hates insects but has an epiphany one day as he learns the secret affairs of their world. Apart from the lovely illustrations, there are two outcomes to his story, craftily folded into a 2-1 book.

A book for puchku

Little Puchku’s world begins and ends with books. She doesn’t want to do anything but read, like play with her friends or watch cartoons—even do her homework or have a bath! But one day, she runs out of things to read and then, worse still, can’t reach beyond the first few shelves of the library. How will she get her hands on a new book?

A brush with indian art

Holidays are the ideal time to take young children to galleries and museums, to open their eyes to the enchanting world of art. But beyond casual tours and the occasional painting class, here’s a primer to get them excited about the story of Indian art and the great masters—from Amrita Sher-Gil to S.H. Raza—who have put it on the world map. 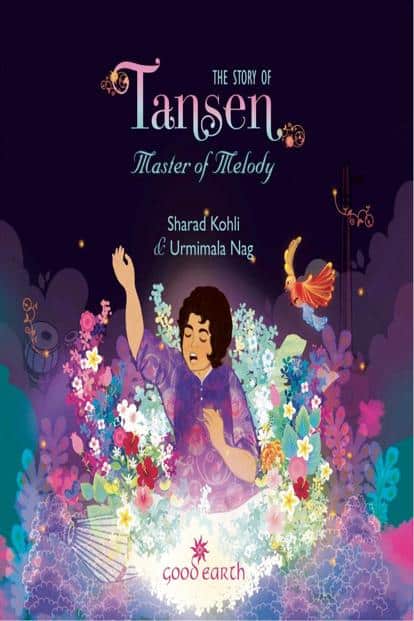 The feats of Tansen, one of the nine gems of the court of emperor Akbar, who lived in the 16th century, are the stuff of legend.

The story of tansen, master of melody

The feats of Tansen, one of the nine gems of the court of emperor Akbar, who lived in the 16th century, are the stuff of legend. But what does history tell us of this extraordinary musical genius? Drawing on records as well as anecdotes that have survived into the 21st century, this illustrated biography draws a portrait of the man and the times he lived through—and, most crucially, of the legacy he left behind.

How would fairy tales like Hansel And Gretel, Little Red Riding Hood and Cinderella sound if these were told in a language other than English? This series of bilingual picture books introduces readers to the joys of reading in Hindi as well as English—the juxtaposition of one language on the other helping build vocabularies in ways that are both immersive and fun.

The delightful array of images in this little volume describes different kinds of food, and their shapes. Some grown-ups may already know that a bread pakoda is a triangle, but not as many will be aware of what a patishapta looks like—or even what it is. Best read out to toddlers as a quick introduction to popular culinary delights in India, adults may learn a thing or two from it too.

Susie will not speak

Little Susie has a lisp. She is tired of being teased by the children at her school and the boys at the park. One day, she decides to stop speaking altogether. Her best friend, Jahan, will not give up on her so easily. But how will Jahan solve Susie’s problem? The answer will make children, as well as adults, look at the differently-abled people around them in a new light. Part of a series called Dealing With Feelings, this is the story of Scaley the Dragon, who is always afraid of everything around her.

There’s no need to be scared

Part of a series called Dealing With Feelings, this is the story of Scaley the Dragon, who is always afraid of everything around her. So her friends, who all live in the Foggy Forest, take up a mission to prove to her that her fears are unfounded. Complement it with related books that deal with shyness, worry, anger, sulks and curiosity—and you have a charming introduction to emotional well-being for very young children.

by Shikhandin, illustrated by Shubham Lakhera

Do you know a child who is not good with words and gets terribly upset when misunderstood? Then Magesh’s story, and his relationship with his cat Vibhuti, will resonate with them. On the verge of entering school, how will he cope with the stress of being away from his brother Vignesh and his pet—the two most beloved presences in his life? Thukpa or a hot noodle soup, is a delicacy little Tsering’s grandmother makes.

by Praba Ram and Sheela Preuitt, illustrated by Shilpa Ranade

The thukpa, or a hot noodle soup, is a delicacy little Tsering’s grandmother makes. One day, as she is preparing it, Tsering invites his friends over for the feast. But suddenly, off goes the power and the house is plunged into darkness. Does Tsering, who is blind, get to taste his favourite food somehow?

Treasure at the train station: an adventure in Mumbai

J.K. Rowling revealed to the world the existence of a platform 9O at King’s Cross station in London. Now here’s a glimpse into the mysteries that lurk among the shadows of Mumbai’s Victoria Terminus. Combine the excitement of this discovery with a treasure hunt and you have the makings of a gripping thriller. It has happened to all of us but it’s always a bigger nightmare for girls.

I need to pee

by Neha Singh, illustrated by Meenal Singh and Erik Egerup

It has happened to all of us but it’s always a bigger nightmare for girls. On her way to her aunt’s home in Meghalaya, Rahi enjoys a cola too many, and, naturally, needs to use the loo. But from the toilet on the train to the restroom at a hotel, each time she feels challenged by a problem that’s all too real to ignore. So is there a way out of this icky mess?

Although it’s not appearing till June, this is a title worth putting on the wish list, a book that tries to teach young children the art of writing a letter, diary, script, or novel—“just about anything", as the blurb promises. And also how to have fun while they are at it!

Is something fishy taking place at Mrs Godbole’s tuition classes, where Deepu’s friends have all started behaving like sleep-deprived zombies? Enter his Ninja Nani, or his superhero grandmother, who decides it’s time to take the matter into her own hands. Funny, quirky and visually arresting, this book is all the company a child will need on a lonely summer afternoon.

by Shobha Viswanath, illustrated by Deepa Chordia
(Karadi Tales, Rs399, 2+ years) Just the book you need to introduce toddlers, who have hopefully conquered their impulse to tear every piece of paper into shreds, to the world of colours that surrounds them. Gentle illustrations and characters make the exercise soothing and amusing Part of the History Mystery series, this is a wonderful retelling of the life of the Mughal emperor.

Shah jahan and the ruby robber

Part of the History Mystery series, this is a wonderful retelling of the life of the Mughal emperor—his extravagant ways, his many children, and the upheavals during his reign—but through a plot twist, which involves replacing a precious ruby with none other than a plum.

An evergreen favourite in the pantheon of Indian mythology, the monkey-god is back in this fun colouring book which depicts his quirky adventures—such as the time he tried to eat the sun or leapt across the ocean to reach Lanka.

Kumeer, the wily crocodile, wants to eat a jackal for dinner. But how will he trap the cleverest animal in the forest to enter his den? In comes Nandu the crab, Kumeer’s friend, who is bullied into helping him achieve this mission. Will the two succeed?

Visiting her grandma, who lives in Tiretti Bazaar in Kolkata, Janice is in for a surprise. One morning, the girl from Mumbai is woken up by Grandma Liu, who takes her on a tour of the heritage district she lives in—also known as Chinatown. Much food for thought—pun intended!—in this story for both adults and children.

Published by the indie Mama Suranya, which intends to connect children to Indian art and culture through illustrated stories and colouring books, these books are produced by a mother-of-two under the pen name “Mama Suranya". Inspired by India’s iconic trees, birds, animals, festivals, legends and the arts, the visuals refer to folk, tribal and classical imagery, with elements of contemporary styles thrown in.