True-life ‘singles’ from the net

In 1982, a 14-year-old French girl by the name of Kalinka was found dead in the house of her stepfather in Germany. She had been raped by him, a doctor, and then poisoned. Kalinka’s father pursued the case and 13 years after the murder, in 1995, the stepfather was convicted, in absentia, in a French court. But Germany refused to extradite him for lack of sufficient evidence. The father then launched a relentless hunt for his daughter’s killer.

I stumbled upon this fascinating story during a routine visit to an online publishing site, The Atavist (atavist.net), which produces original non-fiction stories for digital reading devices such as the iPad, Kindle and iPhone. Intrigued by the blurb, I downloaded The Kalinka Affair written by American journalist Joshua Hammer. The long story starts with the kidnapping of the stepfather in 2009, and turned out to be a gripping piece that I read in one go. 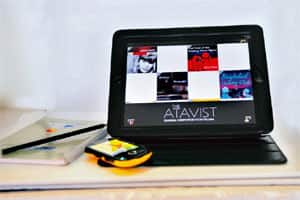 Perhaps because I now have time on my hands, I like to read long pieces of writing on the Net—mostly articles, profiles, interviews or just plain good writing. Thanks to sites like Longreads (longreads.com) and Longform (longform.org), I don’t have to trawl the Net or visit the websites of newspapers and magazines across the globe to find these articles.

These two sites normally give you good recommendations and provide links to magazines like The New Yorker, The Atlantic, Vanity Fair and even subject-specific magazines like the Columbia Journalism Review and Popular Science. At Longreads (follow it on Twitter at #longreads) you can even choose an article according to the time it will take you to read it: For example, a 3,477-word piece on the two halves of the brain in Nature magazine will take you approximately 13 minutes to read. Both websites are free.

Increasingly, I also find myself looking for interesting “eBook singles" or “e-singles" at digital publishing websites such as The Atavist and Byliner (byliner.com). I feel that at that price ($0.99-2.99, approximately ₹ 50-160 each) it doesn’t matter if I pick up a dud. The singles that I have bought so far—Margaret Atwood’s I’m Starved for You, a story set in an Orwellian future, and the two in-depth, well-researched non-fiction pieces about the Kalinka case and the World War II love story—have all turned out to be marvellous reads.

Apart from the fact that they are inexpensive, they are delivered to your desktop or your eBook device within seconds. Depending on the gadget you own, the websites direct you to download via Amazon, or other online book stores (if you don’t have a Kindle you can still read eBooks by downloading the Kindle app free for your Mac or PC). According to reports on paidContent (www.paidcontent.org), a site that focuses on the business of digital media, Amazon has sold over two million Kindle Singles in a little over a year, Byliner has sold over 100,000 of its “Originals" since launching the program in April, and The Atavist sold over 100,000 copies of 10 e-singles released last year.

While Byliner publishes both original fiction and non-fiction and also provides links to well-written works in other publications, The Atavist publishes only original non-fiction or long-form journalism. It also offers a multimedia experience—in that the story includes videos, graphics and a full audiobook.

The nice thing about these e-singles is that you don’t mind buying one on impulse. Even if you go wrong, it’s only ₹ 150 or less. You read it in one sitting at your desk at home. If you want to read it on the go, you can download it on your iPad, Kindle, laptop or any other eBook reader.