India e-Sports League (IESL), a professional and amateur video gamers’ league, and Xtreme Gaming, a New Delhi-based gaming marketing and e-sports management company, are bringing together the country’s best gamers (across games and platforms) to compete in a series of monthly online league events, apart from the India Tour and a pro circuit segment. Popular game titles such as Defense of the Ancients (Dota) and Fifa 12 will be organized over three days from Friday. Counter Strike 1.6 will be held from 17-19 August and Tekken (fighting games) on 25-26 August. There will be cash prizes. From the seas: Crab with dried chilli and celery.

Crustaceans take centre stage at the Szechwan Court this fortnight as chef Liang Cheng offers patrons the chance to sample delicacies such as stir-fried lobster with ginger zest, scampi in Chongqing sauce, and crab with dried chilli and celery.

Arthi Anand Navaneeth will share thoughts on her book Have You Seen This? at this launch event. Published by Tulika Books, the children’s book is available in different language combinations such as Malayalam-English and English-Kannada for ₹ 85 each, and has wacky illustrations by Roomani Kulkarni. It depicts a mixed-up world where crows cook, chairs jump, doors run, flowers talk and trees fly.

At the next edition of Kitsch Mandi, the hub for indie designers and all things kitschy, look out for T-shirts from Bang My Head, handmade soaps from Malai, graphic print clutches from Pink Jalebi, and footwear inspired by trucks and autos from Color Tree. This time around, the flea market will host a Garden Goodies special: There will be painted pots from IndoGreens, colourful watering cans from Green Essence, and kitchen garden herbs, seeds and saplings for sale. Local bands and The Riddler Project will play a live electronic set. Illustrator, animator and visual artiste Shilo Shiv Suleman will conduct a workshop, “Book By Its Cover", on journalling and bookmaking in Bangalore. 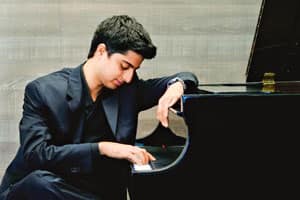 A month-long celebration of music, art and culture, dubbed the “Time Capsule" by CounterCulture, will begin with music by Nucleya ((Udyan Sagar), a co-founder of the band Bandish Projekt, on Saturday. Nucleya’s music has often frequented the playlists of BBC Radio 1. Having worked on high-profile remixes, including a track for Zoya Akhtar’s film Zindagi Na Milegi Dobara (2011) and a remix of the Scottish bhangra group Tigerstyle’s next release, Nucleya will play his signature style drum ’n bass, dub and glitch.

Dance academy Srinivasa Kala Nilaya will host an annual day performance in which over 30 students from the 18-year-old academy will present performances in Bharatanatyam as well as folk dances. The programme will also feature a show in which the parents of students will perform folk dances from Kerala.

Written by Neil Simon and directed by Syed Inamullah, the play is a love triangle between Andy, Norman and Sophie. Andy and Norman are radicals working hard to make a living at their anti-establishment magazine Fallout, while Sophie is a former Olympian swimmer who moves into an apartment next to theirs. Norman falls in love with her, but his feelings go unreciprocated. Meanwhile, Sophie is hired by Andy to keep Norman happy (and the magazine going). Soon enough, she falls in love with Andy, despite their opposing political views. 1 hour, 40 minutes.

Treadmill explores the personal journeys of people from small towns, and the awkwardness they face while living in a city—through the metaphor of a treadmill. The comedy speaks of the various instances in people’s lives where they seem to be running constantly without getting anywhere. The play dwells on relationships—between a husband and wife, a mother and child, travellers in a train, and several others. This production will also feature as an official selection at the first Festival of Contemporary Theatre in Paris next year. 1 hour, 30 minutes.

Adiperukku, on the 18th day of the Tamil month Adi (July-August), celebrates the onset of the monsoon, with terracotta figurines and offerings being taken in a procession to an Ayyanar shrine. The festival also features Silambattam folk performances (till 5 August) and an exhibition of Pata scroll painting by Radha Chitrakar (till 10 August).

The Ranganathan trio, comprising brothers Ajay on violin, Ravi on German cello and Theo on piano, had their initial classical music training at the Conservatory of Tours in France under Xavier Richard and, more recently, under Vincent Lecoq of Trio Wanderer. At this concert, they will present pieces from Western classical music. 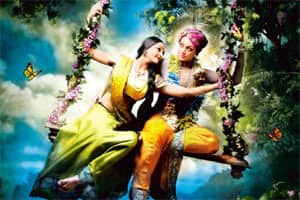 This event featuring installations, performances, discussions and lectures is the culmination of a two-week international residency by six participating artists and curators—artists Abhishek Hazra and Aditya Pande, German artists Julia Prezewowsky and Kym Ward and curators Rattanamol Singh Johal and Barbara J. Scheuermann. The aim was to research the idea of performance as staging and as accomplishment, and how the culture of the art market might have an effect on the artist’s persona and the reception of the work.

An exhibition of paintings made by the Japanese couple Iri Maruki and Toshi will mark the 67th anniversary of the atomic bomb being dropped on Hiroshima on 6 August 1945.The 15 paintings, known as Genbaku no zu, were made between 1950 and 1982. The animated film On a Paper Crane (Hiroshima Ki Kahani) will be screened too.

Kino Is the Name of a Forest 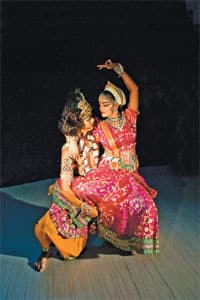 Kendra (SBKK) will organize the annual performance of its ballet Krishna. The first half of the dance-drama is dedicated to episodes depicting Krishna as a folk hero; in the latter half, we see him as the war strategist. The ballet is directed by SBKK director Shobha Deepak Singh.

Arena, the all-day dining restaurant at Taj Deccan, is offering an Iftar buffet during Ramzan. Guests can break their fast with honey-dipped dates and watermelon, followed by traditional Hyderabadi dishes such as haleem (both the vegetarian and non-vegetarian varieties), paya shorba, biryani and the dessert qubani ka meetha.

Chennai group Abinaya Natyalaya’s latest production, Sri Venkatadri Vaibhavam, is a multilingual, multimedia dance ballet feature on Lord Venkateswara. The ballet is a blend of religion, music, dance and visuals chronicling the greatness of the Tirumala hills in Tirupati.

Revisit: The Bards of Bengal

Singer Monomoy Bhattacharya and sarod player Debojyoti Bose will come together in this musical collaboration to present their rendering of Rabindrasangeet and Nazrulgeeti. They will be accompanied by Pintu Ghatak on guitar, Rishi Chatterjee on tabla and Rohon Bose on percussion. The group Natadha is presenting the 38th edition of this annual festival. On 5 August, there will be a seminar by actor Koushik Sen and the staging of plays ‘Bhitorer Mukh’ and ‘Ebong Socrates’. On 8 August, the book ‘Ghor Bahir’, a compilation of Tagore’s plays staged in India and abroad, will be released. A discussion with theatre personalities Bibhas Chakraborty and Suman Mukhopadhyay will follow. The finale: the play ‘Ceasar o Cleopatra’.

Potions and Poisons: Chai and Why

Venom is not just a killer of prey, it might also be a painkiller. K.S. Krishnan, a professor at the National Centre for Biological Sciences at the Tata Institute of Fundamental Research, Mumbai, will give a presentation on the different kinds of venom and, specifically, on how cone snail venom contains bioactive compounds that could help manage pain.

DJs Kris Correya, Sohail Arora and Raffael Kably return with an incredibly fun dance set that will feature everything from drum ’n bass, glitch hop and dubstep to funk and minimal sounds. Flora and Fauna: Lithographs on display.

The Price (Everything Must Go)

The play, based on Arthur Miller’s The Price, is about two brothers who have been estranged for more than 15 years and meet for the first time in order to sell off common property—a loft full of old furniture in a Bandra house where they grew up. The two men have had contrasting careers—Walter is a highly successful surgeon, Victor a poorly paid policeman with the Brihanmumbai police department. There is a great deal of resentment between the brothers because of the choices they have made in the past. 2 hours.

It’s all about electro, pop, rock and disco with alternative rock band Hipnotribe. The band, formed in January 2008 by brothers Naresh and Paresh Kamath, comprises Kurt Peters, Abhijit Nalani, Sankarshan Kini, Sanket Athale and Tejasvi Rao. At this gig, Hipnotribe will team up with Bollywood singer and former Viva girl Anushka Manchanda and her band Shkabang.