At Wimbledon, it’s Nole vs the world

There's no challenge to Novak Djokovic now. But who are the players who can, in the next few years, rise to it?

For the longest time, the “Big Four"—Roger Federer, Rafael Nadal, Novak Djokovic and Andy Murray—formed the four sides of a closed box called men’s tennis. No one else was allowed in. From Federer’s first Wimbledon victory, in 2003, to Djovokic’s domination in the French Open final earlier this month, 52 Grand Slams have taken place. Between them, they have won 45 of these—Murray, 2, Federer, 17, Nadal, 14, and Djokovic, 12. The year 2012 marked a fitting moment in their reign, with all four winning one Grand Slam each.

Today, things look decidedly different. Men’s tennis is no longer a four-way contest. It has just one man to rule them all: Djokovic.

Like 2015, this year too has belonged to Djokovic. He kicked it off by bagging his 60th career title, at the Qatar Open, vanquishing Nadal in two swift sets. After an eye infection forced him to pull out of the Dubai Open, he won his fifth Indian Wells Masters title. This was followed by a record sixth Australian Open title. In Melbourne, he defeated Federer in the semi-finals and followed that up with a straight-set victory against Murray in the Championship match. By the end of March, so complete was his domination of the circuit that both No.2 Murray and No. 3 Federer’s combined ATP (Association of Tennis Professionals) ranking points fell short of Djokovic’s individual score.

In early April, Djokovic won his sixth Miami Open title, not once breaking a sweat or dropping a set on his way to equalling a record held by Andre Agassi. Nadal got a look-in by winning the Monte-Carlo Masters (Djokovic was, of course, in the final), before the Serbian bagged his second Madrid Open and then lost the Rome Masters to Murray.

Djokovic had his revenge over Murray where it really mattered—the French Open.

It is a title that had eluded him for the longest time, and with the four-set victory over the Scotsman, Djokovic became the current reigning champion of all four Slams—the “Nole Slam". He also became the first player to win $100 million (around ₹ 670 crore) in prize money, which is no small feat.

With such all-encompassing domination of the game, it’s not surprising that many believe Djokovic to be the greatest player of all time. Unlike other past all-time greats, Djokovic isn’t remembered for one specific brilliant aspect of his game. He is the clinical, optimized all-round tennis player. In a 2015 ESPN report titled “Novak Djokovic Is The Greatest Tennis Player In History", Simon Barnes assessed Djokovic’s play perfectly: “Djokovic has neither brilliance nor weakness. He has no perfect stroke, like the Federer forehand or the Nadal topspin. He hasn’t got any 10 out of 10s in his armoury, but he hasn’t got any 3s or 4s either. Everything he offers to an opponent is an 8. And right now no one has an answer to that."

Any greatest of all time, or GOAT, debate is messy, and tennis, with its amateur/Open Era divide, is especially contentious territory. One thing we know for sure is that by the time Djokovic had his first truly successful year, in 2011, Federer had already won 16 of his 17 Grand Slams, and Nadal, nine of his 14. In this sense, Djokovic arrived in a different era, as a fresh disruptive force against the well-established Rafa-Federer rivalry. They were the incumbents, and Djokovic’s rise came in tandem with their decline.

What we’re seeing now is Djokovic planting his roots as the undisputed champion, cementing his place as the default expected victor in any and every tournament. It seems plausible, then, that the threat to Djokovic’s throne will come from players who will develop and mature under his reign, in much the same way that he matured and improved with his various matches against Federer and Nadal. What we’re looking at are players who are young, hungry and edging towards the top of the circuit. Though Djokovic has more than a few good years ahead of him, sooner or later, the next star, or stars, will shine and eclipse the Serb.

We look at five such promising, ambitious players. 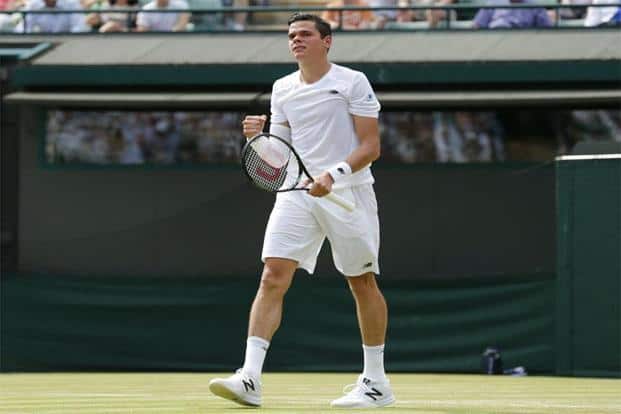 Raonic has had an eventful two years, with impressive performances in ATP tournaments, highlighted by his victory against Murray at the 2014 Indian Wells. He first reached the semi-finals at Wimbledon in 2014, defeating Nick Kyrgios on the way. That year he reached a career high of No.6. This year, he advanced to the semi-finals of the Australian Open, where he lost to Murray in a five-setter, sustaining an injury while leading two sets to one. Ranked No.7 and aged 25, he’s a player to watch out for. With an all-court game and a focus on quick points, he has won all his titles on hard court, a caveat he’s going to have to deal with sooner or later. The 21-year-old Australian burst into the spotlight after defeating Nadal, then world No.1, in the fourth round of Wimbledon 2014. A mere teenager, he was a wild-card entry who went on to reach the quarter-finals of that tournament and followed that up with a quarter-final finish in the Australian Open the year after. This year, Kyrgios won his maiden ATP title, the Open 13, in Marseille, France, defeating world No.8 (now No.9) Tomas Berdych and world No.12 (now No.13) Marin Cilic en route. He won the tournament without having his serve broken. At 6ft, 4inches, his massive frame gives him a cracker serve and great reach around the court. Lately, he’s been in the news more for his short temper and racket-breaking than for his performance. That having been said, he’s certainly a player to look out for, with many years ahead of him. All of 22, Austrian Dominic Thiem has had a busy year. Notable victories include one against Nadal on clay in Buenos Aires, Argentina, and another against Federer on grass in Stuttgart, Germany. He‘s also a player who rarely takes a break. Having dropped from rank No.7 to No.8 this month, he’s one of the few top 10 players who opts to compete in as many smaller ATP titles as he can, instead of the common practice of resting between bigger Opens.

In addition to a semi-final finish in the French Open, he has also bagged four ATP titles this year. His semi-final loss to Florian Mayer in the Gerry Weber Open marked his 58th title match this year, 11 ahead of Djokovic, who is second on the list of most matches played on tour. With such a strong work ethic at this stage of his career, he could possibly disrupt the Nole order. No beginner in the circuit, the 26-year–old Japanese is currently ranked No.6. Having turned pro in 2007, he qualified in the 2008 Delray Beach tournament, ranked No.244. He went on to defeat top-seeded James Blake in the final, becoming the first Japanese to win an ATP title in 16 years. He has performed fairly well so far this year, although he was defeated by Djokovic on two separate occasions—the first in the semi-finals of the Mutua Madrid Open and the second in the semi-finals of the Italian Open. The latter, which took place in May, was a 3-hour-long three-setter, with Nishikori winning the first set 6-2 and losing a nail-biting tiebreak in the third set. It won’t be surprising to see this ATP world-tour finalist go far in Wimbledon. 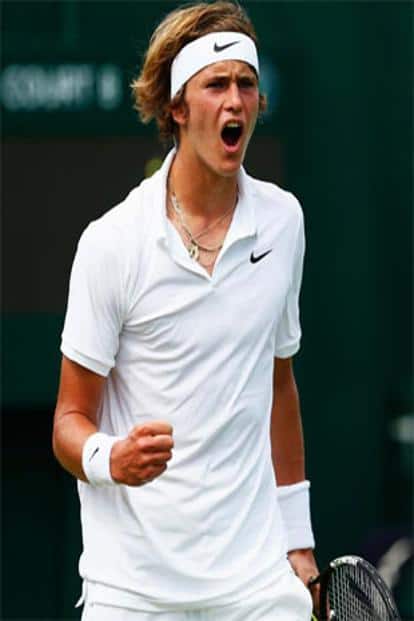 The 19-year-old German became the youngest player to win an ATP Challenger tour title when he won the 2014 Sparkassen Open. The son of former Russian tennis player Alexander Zverev Sr, Zverev Jr recently upset Federer in the Gerry Weber Open semi-final. Ahead of the match, he hailed Federer as the “king of grass", going on to defeat him in his maiden top 10 victory. Zverev’s strong cross-court forehands and Federer’s unforced errors contributed to the 7-6 (4), 5-7, 6-3 final scoreline. His ATP ranking recently jumped 10 places to 28.