New Delhi: The world is currently in the midst of a ‘global coral bleaching event’. This event, which is the third of its kind recorded globally, has led to an “alarming" bleaching of the coral colonies in the Maldives, said conservationists of the International Union for Conservation of Nature (IUCN) in a statement on Monday.

As per the report, about 60%—and in some areas up to 90% —of the Maldives’ assessed coral colonies have been bleached. This current global phenomenon is already considered the longest such event in history. It began near Hawaii, in the Pacific Ocean in mid 2014, recurring in the same region in 2015. In early 2016 it hit the Australia’s famed Great Barrier Reef, affecting 93% of its 2,300 km long stretch of 3,000 individual reefs.

The country of Maldives is made up of a series of 26 coral atolls, which make for 3% of the world’s total coral reefs. In early June, the XL Catlin Seaview Survey—a collaborative project between Google, the University of Queensland and the US National Oceanic and Atmospheric Agency (NOAA)—which has been following this bleaching event since it began, released pictures from Indian Ocean Archipelago that showed bleached coral reefs in the region. 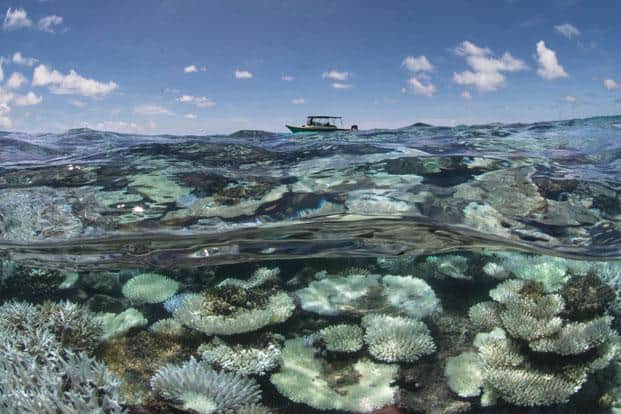 Corals, which are each made of tens of thousands of tiny creatures called polyps, share a symbiotic relationship with zooxanthellae, a type of algae that reside within their tissues. It is this symbiotic interaction between the polyps and their plant companions that is responsible for the beautiful, striking colours that the coral reefs are known for, as well as about 90% of its nutrition and energy. However, when there is a change in light and increase in temperatures, the polyps expel the algae. This causes the coral to turn completely white, starve, and eventually die if conditions don’t revert to normal soon. 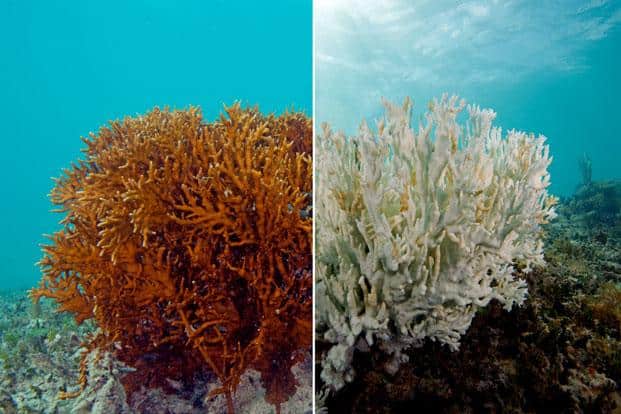 The current “intense" El Nino, coupled with global warming, is prolonging this current global coral bleaching event, and could possibly extend into 2017, said a statement that that the NOAA released earlier this year. Scientists have also previously said that global sea surface temperatures have risen by approximately 1 degree Celsius over the past 100 years.

Corals can always recover after a bleaching, but take time to do so. The first global coral bleaching event was recorded in 1998 in South East Asia. The NOAA noted that a 12 year gap between this first event and the next one that occurred in 2010 gave the coral colonies enough time to recuperate. The time between this last bleaching and the current one though has reduced by over half, leading to further alarm—given this frequency, coral reefs may completely die out, changing our ocean-scapes forever.

The Maldives government has planned a national response to the findings of this story in the form of a Maldives National Bleaching Task Force. The program will enable citizens, including divers and marine biologists, to contribute data to help identify resilient, as well as vulnerable reefs in the country to strategize effective management and protection. 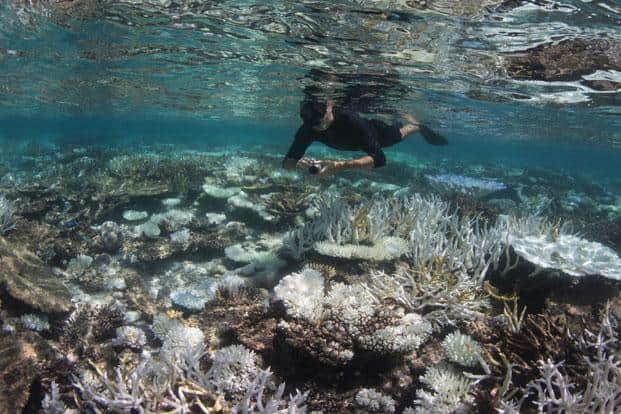