How Phoebe turned out to be the best Friend

In a world of instantly streamed international entertainment, we all hold the same remote control. Here's what to point it at

What you deserve to watch:

The great American television renaissance is chiefly built on the twin pillars of nostalgia and resurrection, which makes it a perfect vehicle for television faces rediscovering the spotlight and finding greater glory—without, this time, making room for laugh-tracks. Two sterling examples are Bryan Cranston, the dad on Malcolm In The Middle, who scorched through Breaking Bad, and Julia Louis-Dreyfus, Elaine from Seinfeld, who capitalised on her savage comic gifts to shine in Veep.

No American show ever entrenched itself into Indian pop culture as deeply as Friends, living on in re-runs and quoted across India far more than it deserves to be. The alumnus moved on to varying success—Courtney Cox gulped wine in Cougar Town, Jennifer Aniston graduated to movies and exposed her range, Matthew Perry keeps popping up in promptly cancelled sitcoms after flirting with a fine Aaron Sorkin scripted role in Studio 60 At The Sunset Strip, Matt Le Blanc spoofs himself in Episodes and is now chief host of BBC’s freshly disembowelled Top Gear, while the show’s leading man David Schwimmer faded away but, very recently, won richly deserved applause for his work in the riveting American crime story: The People v.O.J. Simpson. 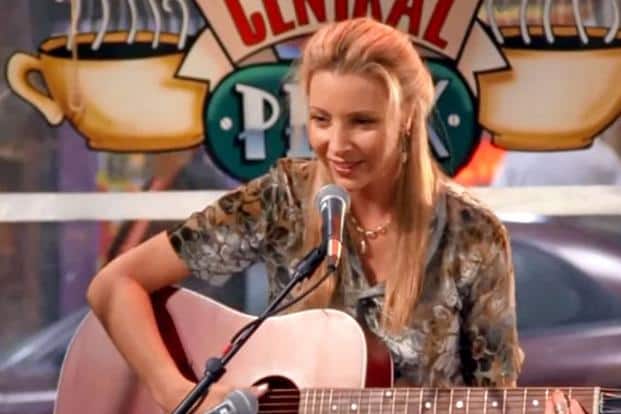 The flake was the one to watch. Lisa Kudrow—who played Smelly Cat warbling bohemian Phoebe Buffay—is an actress startlingly at ease with the undefinable, and the Friend most committed to pushing the envelope. She pioneered an early comic web-series called Web Therapy back in 2008, well before the format was cool. Kudrow brings immense vulnerability to Netflix’s stunning animated series BoJack Horseman as the voice of Wanda, an owl who recently came out of a 30-year-coma (and hence a three decade pop-culture void) and was thus immediately made a development executive at a television network.

The real Kudrow magic, however, is over at HBO. The Comeback, which can be streamed via Hotstar, is basically an HBO show made by a once-famous television actress about an HBO show made by a once-famous television actress making an HBO show. The format is that of a documentary—a now near-ubiquitous approach made popular by the British The Office that continues past Modern Family—except here the documentarian isn’t benign or passive or endless. Here the documentary is being filmed by a character, a canny Oscar-worthy talent who, in this narrative of a former star and her incessant vanity, sees potential for a truly grotesque cataclysm.

Kudrow is insanely good. Playing the Archie Comics-esque named Valerie Cherish —a redhead who obsesses over choosing the perfect scarlet wig (all of which look identical) to play a cruelly-written analogue of her own fiery-headed self—she provides not only hilarity but takes cringe comedy to a whole other level. Her character is vain and vacuous and utterly self-deluded, but because of the brutality dished out to her by the show, we cannot help but love and pity her. From a distance, anyway.

Kudrow and Michael Patrick King (best known for your favourite episodes of Sex And The City) began The Comeback in 2005, and it was literally ahead of its time, lampooning the reality genre before reality shows existed. The show (here on Hotstar) won critical laurels but was promptly cancelled and—here’s an idea—I suggest you skip this fine Season 1 (or save it for later) and leap right into the spectacular Season 2. Which, airing nine years after the original, is basically The Comeback comeback.

More brutal and unflinchingly adult, it is this brilliant Season 2 that skewers the idea of the auteur-almighty cable dramedies that currently rule the roost, and Cherish is off the rails right from the get-go. Forever uncool, she rallies against this grittier, more explicit television world like a purist plugged desperately into nostalgia. It is sad and beautiful and funny, and there’s nobody quite like Valerie Cherish. Like Norma Desmond, she believes it is the pictures that got small. Unlike Norma Desmond, she’s never quite ready for her close-up.

What life’s too short to watch:

Ampersands and ambition are hardly the same thing, and Denis Leary’s Sex & Drugs & Rock & Roll has one of them. Acerbic comedian Leary is a fine choice to headline this tale of a worn-out rocker, but perhaps he shouldn’t have been show-runner, for it feels as long in the tooth as its desperate, embarrassing protagonist. The show, streaming in India via Hotstar, is midway through Season 2 and while some of the characters may intrigue, the band itself is too mediocre to sit through. Find another gig.

Stay current by watching the latest Netflix sensation, Stranger Things, an 80s-set sci-fi thriller that pays faithful homage to the works of Steven Spielberg, Stephen King and John Carpenter. Drink up these eight episodes—next season will see a whole other storyline and characters—and revel in the nostalgic headiness. Over at Hotstar, you really must clamber aboard HBO’s latest, The Night Of, a brilliantly performed crime drama starring John Turturro, Riz Ahmed and our very own Poorna Jagannathan. One of the year’s breakout shows, it’s just beginning to unfold and you would do well to befriend anyone in love with it.

Documentary to watch this week:

Kabali may or may not be your thing, but no movie star in the world has fans as fanatical like Rajinikanth. Rinku Kalsy’s deeply engrossing 2015 doc For The Love Of A Man captures the hysteria, the undying devotion and the man himself. Now on Netflix.

Stream of stories is a weekly column about what to watch online.