Thanks for Visiting Mint
You seem to have an Ad Blocker on. Please turn it off in order to continue, or whitelist Mint
HOW TO TURN OFF AD BLOCKER
OR
REFRESH IF YOU ALREADY TURNED OFF THE AD BLOCKER
Home >Leisure >The trouble with the must-read book

The trouble with the must-read book

The trouble with the must-read book

Like so many others, I dutifully buy the must-read novel or non-fiction best-seller of the moment and bring it home. The hapless book usually spends the first few weeks on my bedside table, bearing silent testimony to my shameful lack of interest, until condemned to obscurity on an overcrowded shelf. There it remains gathering dust, unless briefly rescued in a fit of boredom or guilt, only to be returned unread to its original state of neglect.

There are books we love or loathe, and those we just can’t “get into". A book’s literary merit is often a matter of lively debate, but can usually be settled by appealing to a set of shared, if not objective, standards. Most of us can agree on what constitutes good writing most of the time. “Readability", however, is entirely subjective, as the far-too-many orphans on my bookshelf reveal. Here are some of the reasons why I have thus far failed to read some (okay, far too many) of the books that I own despite my best intentions and efforts. 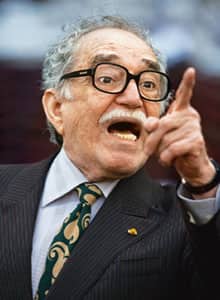 Read the wrong review: I don’t much agree with Thomas Friedman’s world view, but picked up The Earth is Flat in a fit of journalistic duty, which dissipated the moment I read Matt Taibbi’s hilariously scathing review in The New York Observer. Describing the book as “the worst, most boring kind of middlebrow horseshit", Taibbi concluded, “Four hundred and 73 pages of this, folks. Is there no God?" I never got around to reading the book.

Dead children: My greatest guilty pleasure is a well-written crime novel with a clever plot and plenty of blood and gore. I couldn’t wait to devour Child 44 by Tom Rob Smith, described by a The Times of London blurb as a “stylish, intelligent and gripping Cold War thriller" shortlisted for the Man Booker prize. Seventeen pages and one dead child later, I made the embarrassing discovery that motherhood has rendered me incapable of reading anything that involves children being killed, raped or abused. This is silly, irrational and thus far irremediable.

Seen the movie: Watching a movie based on a favourite novel can be hazardous business, but I’m inevitably seduced by the prospect of seeing imaginary characters and locales come to life. I seem oddly incapable, however, of doing it the other way around. The Hours (Michael Cunningham) and The Namesake (Jhumpa Lahiri) were excellent movies, but I regret not having read the books first. Each time I pick up either, my inner child whines, “But I already know how it ends."

Then there are the many books by authors I usually enjoy or those recommended by friends that remain unread for reasons that defy explanation: Quicksilver, Neal Stephenson; Middlesex, Jeffrey Euginedes;Persepolis, Marjane Satrapi; Death of Vishnu, Manil Suri; Memories of My Melancholy Whores, Gabriel García Márquez, among others. I may never do right by them, but their presence serves as a useful reminder of the idiosyncratic, mysterious, yet unreliable connection between us and the written word. Critics, awards, best-seller lists be damned, we read what we read.