The games are on at pay-and-play centres

Venkatachari Ramesh, 51, a marketing consultant living in Chennai, was passionate about football when he was in school. A national-level player, he represented Chennai in matches in the late 1980s. However, once he began working, his involvement in sports had to take a backseat. “There were always constraints on my time since I travelled a lot," he says. Also, in space-starved Chennai, it was difficult to find a place where one could organize a game regularly.

However, in the last two years, much has changed. Fully equipped sporting facilities are now cropping up on the terraces of old homes and in buildings, bringing a whole new dimension to sporting infrastructure in the city. “While in college in Noida, I had grown accustomed to pushing my physical limits in sports. When I moved back to Chennai, I found that I was missing that part of my life," says Prahlad Meyyappan, 25, an entrepreneur who set up a sporting company, Turf Town, and launched Tiki Taka, an indoor sports venue for futsal (the truncated, quicker version of football) two years ago.

The launch of Tiki Taka marked the rising trend of pay-and-play sports centres in Chennai, a trend that many sports lovers say has contributed significantly in nurturing a physically active lifestyle and promoting the love of serious sport, especially among working professionals in the city. “The most significant contribution of these centres is in nurturing sports that are often neglected or were just not possible earlier because of the lack of infrastructure," says Ramesh, who has now rekindled his passion for football by playing futsal. The game is played between two teams of five members each (one of whom is the goal keeper). “Passing the ball in smaller spaces, while still staying in control, which futsal demands, can be a challenge,"says Ramesh.

For 30-year-old Tharakai Natesan, a product engineer at Freshworks, a software company, life had been sedentary till she started playing frisbee. “Though my office does provide a fully equipped gym, I rarely get the time to use it and frankly I do not have the inclination to work out there either." Now, Natesan wakes at 5am, once or twice a week, to play frisbee for two hours at Tiki Taka, which has sparked her interest in the sport.

Sports such as table tennis, badminton and football are also seeing a revival. Shantanu Choudhury, 41, senior marketing manager at Gimpex Private Ltd, a mineral trading company, started playing badminton a month ago at Let’s Play in Kilpauk, a 10 minute ride from his home. “I wanted to beat the boredom of my routine at the gym," he says. “Playing against people with different skill-sets has been a great learning experience and it has really challenged my fitness levels," he says. Choudhury plays badminton three times a week to stay fit now. 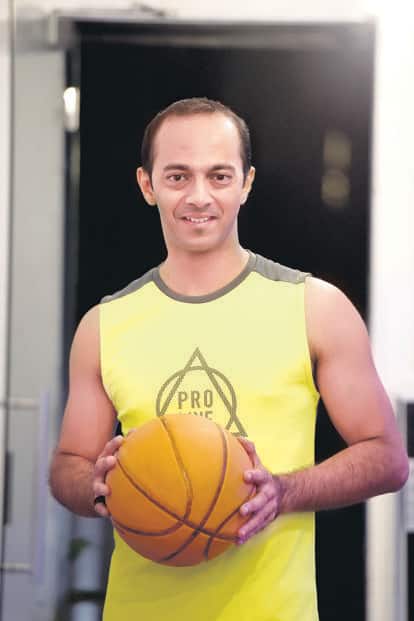 While centres for badminton were far more common in the city even before indoor air-conditioned courts sprung up, there were hardly any venues for basketball. Muthu Alagappan, CEO, Moxi Sportswear, a sports apparel brand, has been playing basketball over the last 20 years. Finding a space to play was always a challenge, the 41-year-old says. “Earlier, we relied on educational institutions like schools and colleges to make use of their facilities," he says. In January 2017, that changed. A group of six childhood friends got together to open Rush in Aryapuram. They renovated the terrace of an old home that belonged to one of the partners into a sports centre. The biggest draw for Alagappan, however, are the timings. The courts are open until midnight. “Since most of my group members work in corporates, we find it convenient to play only after 7pm or 8pm, once we are done with work," says Alagappan. “Sometimes, we start games as late as 10pm," he says adding that he uses the facility to host corporate events such as annual sports meets, group exercise classes and training events too now.

Ignatius Tiburtius, 47, who plays basketball with Alagappan is a creative director at J3P3 Creations, an app development and design firm. He says playing after work is a refreshing way to unwind. “The air-conditioned environment prevents you from tiring easily and it’s much kinder on the knees when compared to a cement court," he adds.

One would assume that pay-and-play is a concept more attuned to millennials, but it turns out that 30-35% of Rush’s clientele are between the ages of 60-85. Their biggest clients, however, continue to be working professionals and corporates. “The day after we started Rush, a corporate made a booking for an entire year," says Chidambaram, one of the partners at Rush. Facilities like Rush provide sporting equipment as well, making it easier for office-goers, who can’t lug around heavy kits to sneak in a game when work is over.

“It’s remarkable when you think about the number of professionals who have embraced sports due to the availability of these centres. It’s not that office-goers like to lead sedentary lives. It’s just a lack of opportunity that forces them to do so," says Vinu John, director, Madras Touch, a school of dance. John plays basketball twice a month at Rush, booking the centre on weekdays, from 9-11pm.

The biggest advantage of pay-and-play centres, say sports lovers, is predictability and consistency. You don’t need to change or cancel your plans because of poor weather, or even if there has been a last minute drop out. “If we find ourselves short of people to play with, we post our requirements on the WhatsApp group run by these facilities. It’s so easy to find people who are just as passionate about the game as we are," says John.

And once you’ve booked the facility, the game must go on.