The film begins with the clicking of high heels. We follow their sexy and definitive click-clock on a sidewalk, up a long flight of stairs and into an office. Appropriate, given the film’s strapline says we’re about to watch “a story of pleasure and promise".

G-Spotting, a 52-minute documentary by French science journalist Ségolène Hanotaux, navigates the complex history of the G-spot—and here you might think the “G" stands for God—from ignorance to acceptance to disputed existence. 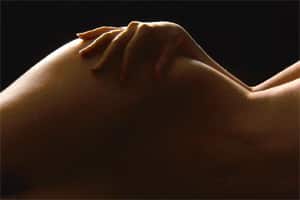 Burri’s findings, which were lapped up by the media, cast a dark shadow on the history of the G-spot, which has lived a half life since the German gynaecologist Ernst Gräfenberg first indicated its existence in 1950, giving it its name—the Gräfenberg-spot.

With that to start with, the narrative takes us back and forth in time, across London, Paris and New York. We meet Beverly Whipple, professor emerita at Rutgers University, US, who co-authored the best-selling book The G Spot: And Other Discoveries About Human Sexuality, the first book on the subject, published in 1982. We meet characters across the spectrum: new-age priestess Deborah Sundahl, an expert on female ejaculation; and pornographic actor Nicole Ray, whose advice is succinct: “Look for the walnut".

Days ahead of International Women’s Day, which is celebrated worldwide on 8 March, G-Spotting is an important inquiry into female sexuality. “How, in 2012, can there still exist myths about female sexuality? How can the simple mention of (the G-spot) provoke such argument and salacious laughter?" asks Hanotaux, who will screen her film in Delhi on 7 March.

For Hanotaux, who is presently based in Delhi as a television correspondent for the French television channel La Chaîne Info, what started off as an argument with a fellow journalist in 2008, unfolded into a full-length documentary over the next three years. Since its completion in 2011, G-Spotting has travelled to film festivals in Australia, Switzerland, Belgium, Sweden, Netherlands and South Africa.

Is the G-spot pure invention or scientific truth? In her often witty commentary, Hanotaux calls it a Zen sexual puzzle: It’s a secret and it cannot be found.

It also brings us up to date with the latest strands. Whipple’s new work involves studying women who can orgasm from imagery alone, or what she calls “thinking off". We meet an American cosmetic surgeon who offers a $1,050 (around ₹ 51,300) surgical enhancement to “create" a G-spot: An 8-second-long collagen injection as a magic button for pleasure.

Organized by independent curator Rébecca Peshdikian, the screening in Delhi will be accompanied by a quiz and a talk by Hanotaux and Madhu Khanna, a tantra specialist. The idea is to share Western and Eastern points of view on female pleasure. “In the West, we imply openness about sex and pleasure…but all historical evidence proves the contrary. It points to Asia! This is an attempt to share references," says Hanotaux.

Don’t miss the chance to watch this earnest biography of the sexagenarian G-spot, object of so many fantasies, and controversies—call it the C-spot, if you will.

G-Spotting will be screened on 7 March at Les Parisiennes, 5B, Shahpur Jat, New Delhi.