Home > mint-lounge > Dickens of a town

Dickens of a town

Dickens of a town

The weather is painfully clichéd on the noon of 1 February in London. It is everything you expect a winter’s day to be here, the city Charles Dickens made his own through a legacy of the most splendid literary output. Singularly, perhaps more than any other novelist in modern history, Dickens’ work changed everything about everything—literature, society, poverty, human rights and even language. 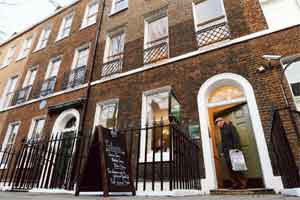 Usually, recording sessions of the BBC World Service’s wildly popular World Book Club (WBC) radio programme are less frenzied. Pictures of the show suggest an intimate affair with a small room full of people all watching the host, Harriett Gilbert, interview an author of international repute. But this show is special. For one thing, it has two guests, one more than usual: both Claire Tomalin, author of a best-selling biography of Dickens published in 2011, and Simon Callow, renowned actor and author himself of a well-received new book on Dickens and theatre.

Callow is perhaps best known to audiences outside the UK as the eccentric bearded chap whose death leads to the funeral in Four Weddings and a Funeral.

This special bumper edition of the WBC is not only being recorded for the radio and podcast, but also for a special televised edition.

And in the large, two-tier recording studio, used for this special episode, there isn’t a single empty seat to be found.

The UK, in general, and London, in particular, are marking the bicentennial by going nuts about Dickens.

A few days after the recording, I pack my iPhone full of Dickens podcasts and set out to go on a guided walk themed Bloomsbury and Charles Dickens. The walk starts at Tottenham Court Road station and en route I listen to several short audio clips. The first is a July 2001 BBC radio discussion on Dickens. Moderator, journalist, author and polymath Melvyn Bragg starts off by wondering if Dickens was truly an agent for change. Or was he merely “a great caricaturist but really a conservative at heart".

Two hundred years after he was born in Portsmouth, and 176 years after the publication of his first novel, The Pickwick Papers, Dickens still appears to be a figure open to analysis and discussion. In his time, we know, Dickens kept details of his wretched childhood hidden. It was only after his death that his friend and biographer John Forster revealed how Dickens spent 10-hour days at a blacking factory near today’s Charing Cross station sealing pots of shoe polish. In fact, an expert told Bragg in 2001 that he was, at one point, the sole earning member of his family.

Did this make him uniquely sensitive to the plight of children?

My themed walk, recorded and published freely online (Londonwalks.libsyn.org) by a sleepy voiced Londoner called Robert Wright, takes me past one location that seems to suggest that Dickens was passionate about children. This is the famous children’s hospital at Great Ormond Street. When the hospital first opened in 1852 as the nodal institution for children’s health for the entire city, it had just 10 beds. However, one of its first benefactors was Dickens. The author, who by then had started making a fortune from public readings, held sessions and wrote articles specifically to raise funds for the hospital. He continued to be a benefactor until his dying days and made a veiled reference to the hospital in his last complete novel Our Mutual Friend, where he writes of it as “a place where there are none but children; a place set up on purpose for sick children; where the good doctors and nurses pass their lives with children, talk to none but children, comfort and cure none but children."

Wright’s walk is a pleasant, if not particularly Dickensian, walk through the Holborn neighbourhood. Some of his Dickens-related sights are somewhat tenuous but the walk is free and, conveniently, ends at the Charles Dickens Museum near Coram’s Fields. Coram’s Fields, now a play area, was the site of the Foundling Hospital, an orphanage that counted Dickens and composer George Frideric Handel as benefactors. The chaplain of the hospital’s chapel, says Wright’s voiceover, was the inspiration for Mr Brownlow’s character in Oliver Twist. Dickens was a prolific borrower of people and places for his writings.

The Charles Dickens Museum is easy to miss completely as you walk by, especially in winter when the front door is left closed. Also, it looks like nothing but an old-fashioned brick London house from the outside. But push through the door, step into 48 Doughty Street, and you are now in the building where Dickens spent two years with his bride and young family from 1837-39. 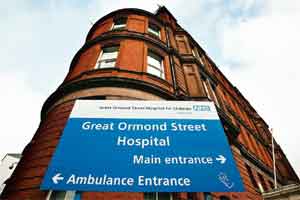 In the basement of the museum is a short film on Dickens that brings even the most ignorant tourist up to speed. When I go downstairs, the basement room is filled with pensioners, including one man in a pair of shimmering turquoise corduroy pants who is fast asleep.

While Dickens did not originate the term, he did make the phrase “red tape" very popular. And perhaps gave it the dreadful connotations it has today. This passage from a magazine article written in 1851 is masterful:

“Your public functionary who delights in Red Tape—the purpose of whose existence is to tie up public questions, great and small, in an abundance of this official article—to make the neatest possible parcels of them, ticket them, and carefully put them away on a top shelf out of human reach—is the peculiar curse and nuisance of England. Iron, steel, adamant, can make no such drag-chain as Red Tape. An invasion of Red Ants in innumerable millions, would not be half so prejudicial to Great Britain, as its intolerable Red Tape."

The Charles Dickens Museum is an enjoyable way to spend an hour, excluding any time you may spend at the coffee shop—perhaps the largest room in the complex. The small gift shop is well stocked with knick-knacks and books, and the man at the counter is remarkably pleasant for a British service employee. The museum, however, will close for several months this year as part of a major renovation project. A small model of the renovated building is kept in the museum. To my eyes, it looks identical except for a vaguely modern looking extension in the back made out of wooden beams. Sadly, it looks like something you’d see in an expensive spa.

A museum already so modern it hurts is the Museum Of London which, till 10 June, has an exhibition titled Dickens and London. When I visit the museum, it is hosting some kind of children’s day and is overrun with parents, teachers and wards. The gift shop is a seething mass of unhappy children seeking approval to purchase various Chinese toys. But the exhibition is a well-executed show with many interactive elements and plenty of trivia.

The highlight for me was the video at the end. Called The Houseless Shadow, it is a portrait of contemporary London inspired by Night Walks, a Dickens essay on roaming around the city due to “a temporary inability to sleep".

The video superimposes Dickens’ words to images from London today. It is utterly haunting. When it ends after a few minutes, nobody gets up, as if entranced, staring at a blank screen as the titles roll.

“His words are so modern, aren’t they?" says an old woman as she waddles out.

“So, is Dickens relevant to London today?" I wonder, rather unoriginally, as I walk out of the museum. Does his passion for children, women, the sleepless and the hopeless still resonate all these years later? I exit and walk up Aldersgate Street to St Paul’s, where I intend to pick up a sandwich and coffee at a reliable French café.

But the pedestrian network around St Paul’s is a mess. I am momentarily puzzled. Paternoster Square is usually empty at any time. And then it hits me. I walk out of the square and then take the long way around a building, and back up Cheapside till I reach the square in front of the cathedral. On the right side, there are a few remaining vestiges of the Occupy London protests at St Paul’s. There are still many tents around, some very filthy indeed. One tent, manned by a couple of men who could easily get cast as some grizzly Victorian extras, has a sign outside: “My tent for your bonus". Another one has the universal symbol for anarchy—an A with a circle over it—spray-painted on to it.

Dickens’ work will remain timeless. But equally timeless, it seems, are the things Dickens wrote about.