The Cold War is hot again, judging by the recent European hit films such as the Academy Award-winning The Lives of Others (2006), about the German Democratic Republic (GDR) government wire-tapping and spying on its own people, or The Baader Meinhof Complex (2008) on the 1970s urban guerrillas who were supported by the East German secret police, Stasi, in an attempt to destabilize West Germany. The latter film is, incidentally, based on a best-selling non-fiction book by Stefan Aust.

Up until 1989, the Cold War spawned an avalanche of fictional secret agents, ranging from Ian Fleming’s flamboyant 007 to the darkly naturalistic Smiley, created by John le Carré, which kept the entertainment industry cashing in. 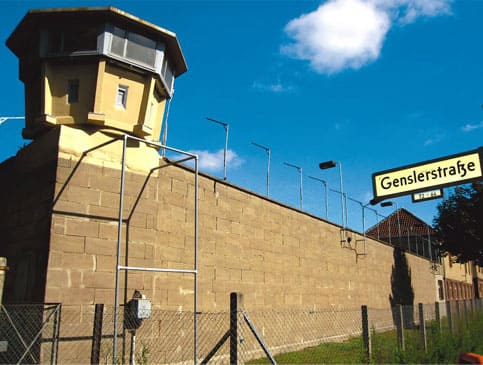 But when the Berlin Wall fell, le Carré adapted quickly, setting his new thrillers in Panama, Kenya and East Congo, while many other once big spy novelists just went off the radar without a blip.

In Europe, everybody was happy to be rid of the Iron Curtain. When I went to Berlin in early 1990, hawkers were selling pieces of the rapidly disappearing wall to tourists. But on a recent visit to the city that epitomized the Cold War, I was surprised to find Checkpoint Charlie rebuilt as a tourist attraction, manned by actors in East German uniforms doling out fake GDR visa stamps.

This kind of nostalgia has its own name, “Ostalgie", from the German word for East, der Ost. The remaining pieces of wall, as can be found in Mauerpark (“Wall Park"), are now a treasured heritage. In Potsdamer Platz you find camera-toting Japanese tourists heading into the alley Erna-Berger-Straße to snap one of the last standing GDR watchtowers, a seriously depressed-looking concrete chunk. Shops such as Mondos Arts on Schreinerstraße peddle GDR kitsch, old Pilsner bottles, Lenin busts and Trabant toy cars, while old East Berlin restaurants, such as Schusterjunge of Danziger Straße, attract tourists with their robust fare of schnitzels, goulashes and sauerkraut.

The Stasi headquarters (or the ministry of state security of the GDR), from where the dreaded secret police kept, in truly Orwellian style, an eye on “dissidents", has been turned into an archive and museum. This anonymous block of buildings was ransacked by angry mobs in January 1990, after which the organization shut down.

Up to that date the Stasi employed 91,015 staff and a network of 200,000 unofficial “spies" informing on neighbours, colleagues, and spouses—it is said that five million East Germans, or one-third of the population, were under surveillance. About 2% of the population appears to have been engaged in various forms of espionage. Today visitors get to see sinister propaganda material and espionage equipment such as concealed cameras and tape recorders in handbags, coat buttons, ties and thermos flasks; it is like walking into an old James Bond movie. If you happen to have had any connection with East Germany, you can request to see your file. It is quite likely that there is one. The interesting museum café is drably furnished in period Eastern bloc furniture.

A short bus ride away, the Stasi prison reveals the coldest realities of the Cold War. Dissidents were incarcerated without trial. The tour through dungeons and torture chambers is guided by a former inmate, who tells us visitors that he spent two stints in jail for innocent activities such as taking photographs of buildings (as part of architectural studies) and participating in a radio talk show in West Berlin. The prison conditions were horrendous—lack of food, sleep, hygiene and heating led to many deaths—and it became clear to me that the opening up of these secret facilities to tourists isn’t just about “Ostalgia", but a therapy for Europeans who for so long lived in Cold War paranoia. Seeing the prison was a rather cathartic experience even for me.

Mind you, this isn’t only a German phenomenon. In England, Cold War bunkers have also been turned into tourist spots. And guess what? John le Carré is at it again. About to turn 80, the master of espionage fiction is turning his 1974 novel Tinker, Tailor, Soldier, Spy into a big-budget movie. The plot in which the elderly spy George Smiley becomes the central character, as he is called back to duty to hunt down a communist mole who has infiltrated the very core of the British intelligence service, is one of the real Cold War classics. It is particularly interesting because it is based on a genuine case, the Philby affair, which supposedly affected le Carré’s own career within MI6—and which may have been the reason for him becoming a full-time novelist rather than remaining a part-time diplomat, part-time spy in Germany (where he was posted at the British embassy). So in a way, we have Philby to thank for Smiley. The novel’s popularity also stems, partly, from the popular 1970s BBC TV series in which Sir Alec Guinness played the part of the unglamorous and humane Smiley. Interestingly, before this, Smiley had already appeared as a character in several other le Carré stories, with a very minor part in The Spy Who Came In from the Cold (1963) that was geographically centred on the Berlin Wall. Among the Smiley adventures that followed, The Secret Pilgrim (1990) is a kind of post-Berlin Wall memoir of the ageing spy.

Gary Oldman has been signed on for the Smiley role in the upcoming movie, starring the charismatic Simon McBurney who, if you recall, toured stages here in India with Measure for Measure in 2005. The film is directed by Swede prodigy Tomas Alfredson who, with his realistic vampire movie Let the Right One In (2008), created a new paradigm in horror cinema. Expect to get thrilled in about a year’s time, and the Cold War will turn even hotter.