By Melissa A. Bell As opposed to her “very basic" prior home, Arora says she decided to go wild in the new home she still shares with her parents, indulging in mirrored mosaic pillars and elaborate display cases for the trinkets she’s collected on her travels.

Though Arora has still used elements of minimalism in her home design such as the monochromatic, cream-coloured living room, she diversified the look of the room with strong accents such as crystal-encrusted chandeliers. (Read more)

Fed up with conventional education, some parents decided to bring the classroom home But school never gets boring for Shalom. When it’s not at the kitchen table, it’s at the back porch, overlooking a tiny garden. Occasionally, it moves into a room stacked with books and crowned by a cardboard doll’s house, or to Russell Market, where she banters with the vendor and deals with a small amount of money. “Technically, Shalom is being home-educated, but the whole world is her school," says Bangalore-based Sangeetha. (Read more)

In search of the perfect white shirt

Don’t scoff, it is (almost) as difficult as finding the right partner 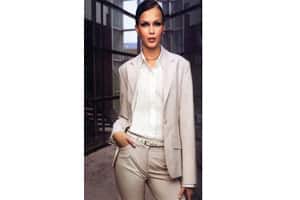 Park Avenue: This ₹ 999 shirt is a good staple.

Mafia or not, everyone needs a white shirt. The eight or so white shirts I own have only one thing in common (aside from their colour, of course)—they were all bought in the US or Europe.

But surely quality, variety and fit have improved here since I last looked carefully? I’ve done the grimy groundwork so your task will be easier when you want to buy your next white shirt. Before we begin, some statutory warnings: When you go looking for white, you are likely to find purple. Or berry. Or Porpora pink (Gucci’s colour of the season, basically a duller version of fuchsia). Most women’s shirts are Made in China. Ladies, if you are a size S, even if you do find that perfect shirt, they have likely sold out in your size. If you are allergic to pin-tucks and pleats, this is not the season for shirt shopping. As for men—you need to up your understanding of shirt technology if you don’t want to get lost in a maze of terms. And, yes, prices have gone up since you last looked. (Read more)

By Parizaad Khan and Rachana Nakra

The 24-year-old resident of the Mumbai suburb of Malad has been hailed by the foreign press as Hollywood’s latest It Girl as she does the rounds of the awards circuit with the rest of the cast and crew of Slumdog Millionaire. Pinto has come in No. 1 and No. 3 for two consecutive weeks on Vogue’s 10 Best Dressed, a weekly list of stylish women that the magazine’s online edition singles out. She’s also featured in the March issue of Vanity Fair. Blogs on celebrity dressing, such as Bellasugar.com and Gofugyourself.com, have raved about, among other things, her hair and eyebrows. (Read more)

The typical Wikipedia entry goes through 89 edits. Perhaps, because, these online soldiers want to ensure nobody gets it wrong

Those few moments would later erupt into the most talked about international cricket controversy in recent memory.

But, at the time, far from the very public glare of the media, a silent battle was going on between Indian and Australian fans. Not on the pitch, on the stands or in the streets. But on the Internet. On Wikipedia. (Read more)

Is boxing the new cricket?

With consistent international success since 2006, and rising new stars, boxing is set to break the cycle of mediocrity in Indian sports A few feet away, Jitender Kumar looks wild, desperate. He’s skipping in a blur of rope, pushing the boundaries of his speed and endurance in one motion. His eyes are dilated and manic. Akhil Kumar throws in advice every few minutes.

“Reach out more, Dinesh, rotate your shoulder, and get your hands completely straight.

The world on a bicycle

On 15 October 1923, Adi B Hakim, Jal P Bapasola and Rustom B Bhumgara took off on bicycles to travel the world. An exclusive excerpt from a book that revives their amazing journey 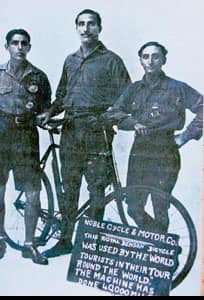 The coolest place for a race

Kal Bittianda became the first person of Indian origin to run a marathon at the North Pole in April. The New York City-based business consultant spoke to us about the addiction of extreme sports, the dangers of breaking into a sweat and that top-of-the-world feeling

How did the North Pole marathon happen? Have you been into endurance sports for a long time? Top form: The North Pole marathon, at 42.19km, is just as long as a conventional marathon. Photograph: Mike King.

Top form: The North Pole marathon, at 42.19km, is just as long as a conventional marathon. Photograph: Mike King

In 2005, I started my very own Global Meltdown Tour, picking a new “extreme cold" location each year. I’d already run in Antarctica, Mongolia and Greenland when, in 2008, a friend mentioned the North Pole marathon. I jumped at the chance. (Read more)

A steam engine ride to Ooty or a sleepy beachside village in Kerala? Head up or lie low? Decide after you rediscover our unspoilt beaches and hill stations

Does India have its own tradition of travelling to get away from it all? A view of Nainital in Uttarakhand from the route to Kilbury forest.

We’re still learning that it’s okay to travel for no reason except that we’re fed up of where we are, and want a break.

Perhaps that’s the reason why our ideas of getting away are hand-me-downs. We head to hill stations, in the manner of British Raj sahibs who would shift entire offices and departments to Shimla or Nainital in the summer months. When the hills are too far, we imitate Americans and go to a beach. (Read more)

Out of the closet

Inside the Indian almirah, better known as a Godrej, lurks the story of an evolving Indian home, family, and nation

Hers is noiseless. Atypical of an almirah, with its signature creaks and squeaks and dramatic groans. Shantanu and Keya Guha Ray were gifted a Godrej for their marriage by her parents, also pictured.

“Human beings need buttering, so does this thing," she says.

Now, the husband has taken over—DVDs, CDs, VCDs, his passport and “other private things", she says.

Shantanu and Keya Guha Ray were gifted a Godrej for their marriage by her parents, also pictured

It wasn’t always so. Nobody ever asked what she wanted for her wedding; her mother just gave her a wad of cash—Rs4,500—when she left Calcutta and instructed her to buy the Godrej Storwel, as the full brand name went, in New Delhi. Guha Ray neatly folded and hung the saris she was expected to wear, her gold jewellery kept in the locker. Back then, she laughs, her emotions mirrored the contents of the almirah, hidden from new in-laws and neighbours and people who dropped in just to gaze at her. Slowly, she cracked open, the almirah in some ways a catalyst. (Read more)

India is now the third largest exporter of coffee in the world. So why can’t you find a good cup to drink? From bean to cup: Coffee varieties on display at Devan’s. Photo by Priyanka Parashar/Mint.

From bean to cup: Coffee varieties on display at Devan’s. Photo by Priyanka Parashar/Mint

Keshav Dev, who runs Devan’s South Indian Coffee & Tea, a retail outlet started by his father in 1962, says his clientele is typically above the age of 35, comprising a small number of south Indian traditionalists, expatriates and “well-travelled" Indians. When Aman Rai, a retired civil engineer, walks in, he only has to say “three kilos" to have Dev send one of his employees to a back room with a large vintage grinder. “We have a small and dedicated clientele," says Dev. “I know what most of them buy. (Read more)

Heard it on the grapevine

The great Indian wine boom was short-lived. Ten years after the green flag, the Indian wine industry is still looking for that sparkle 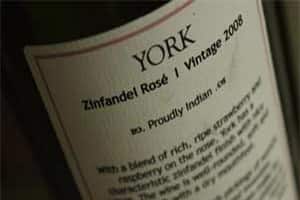 “It was like the gold rush in the US. Everyone got on to the bandwagon," says Phadtare, now 76 and nearing bankruptcy. Earlier this year, he sold most of his 25-acre land and almost all his equipment to pay off loans. He wants to start a wine lounge and tasting room. The reason he is still in the business, he says, is because he loves making wine. (Read more)

Marathi cinema is undergoing a revival—and driving it is a group of directors in their 30s, shaped by globalization, world cinema and some help from the state government Song and dance: A still from Natarang.

There couldn’t have been a more appropriate place to meet three new pioneers of Marathi cinema—shapers of what could be called the Marathi New Wave. Prabhat theatre has screened Marathi films since 1933, and some of the movie posters preserved in its office, from the 1940s until now, mirror the history of the industry—Sant Tukaram (1936), Pandu Hawaldar (1975) and Shwaas (2004) are just three of them. (Read more)

Ekta Kapoor’s film ‘The Dirty Picture’ revisits a sequins-and-pelvic thrust era of Tamil cinema which was propelled by talent, scheming, hypocrisy and the intense loneliness of women like Silk Smitha “Films that had lain in cans for years were sold by the simple addition of a Silk Smitha song," says Randor Guy, Tamil crime writer, screen writer, author of A History of Tamil Cinema (1991, published by the government of Tamil Nadu) and legal historian for The Hindu, of the woman with whom he shared a warm work friendship in the years from her unexpected fame until her suicide in 1996. (Read more)

Being part of a rock band was never a lucrative career choice in india. but today’s musicians are finding ingenious ways to earn more than their bread and butter Around 200 people turned up for the concert—and Lounge Piranha managed to break even. (Read more)