Home / Leisure / Love and the black lines
Back
Share Via

Love and the black lines

Love and the black lines

In Laurence Sterne’s novel Tristram Shandy (1759), we are presented with a narrator who tells the story of his life from the very beginning. But Tristram Shandy’s narration is so imprecise, continuously mixing the unnecessary with what we would consider the significant, and his cast of mind is so digressive, that by the time he gets to his own birth, we are already on Chapter 4. 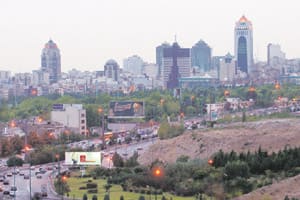 Mandanipour’s novel crosses and interconnects two storylines: the love story of two young people, Dara and Shirin, in love-unfriendly Tehran, and the writer’s own battle with the hawk-eyed Iranian censors to let his text stand as it is, without cuts. These four motors, so to speak—Dara, Shirin, writer, censor—generate the peculiar shape and sound of Mandanipour’s text, which rumbles and stumbles with a kind of interrupted energy. We find, for instance, that when a female character is shown as lying down on her bed, or saying something as inoffensive as “It’s hot", these sentences are scored out by a thick black line—the censor has got to work, eliminating potentially salacious content. Mandanipour’s challenge is to tell a satisfying love story by circumventing the censor, yet without resorting to clichéd metaphors and euphemisms. That is, the writer is playing games not just for the sake of play. Instead, like Scheherazade, he is playing games so that he may live, metaphorically speaking. 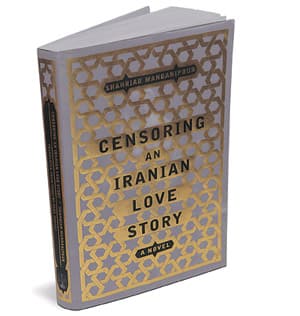 Later Dara writes to her from within the pages of Khosrow and Shirin, the classic Farsi love story written by the poet Nizami. Mandanipour, butting in over the heads of his characters, launches into a long but diverting digression on the beauty of Nizami’s text, showing how the writer artfully delays the meeting of the two lovers so that when they do come together, we are just as restless and frantic as them. As Dara and Shirin go through their share of quarrels, anxieties and trouble from family and society, we realize that Mandanipour, too, is setting up a plot just like that of Khosrow and Shirin.

Every reader of fiction knows (and tries with the help of the writer to forget) that, no matter how real Anna Karenina or David Copperfield or Apu or Sartaj Singh may seem, they are just mere aggregations of words. Mandanipour, however, is in the happy position of freely admitting his characters are make-believe; they are puppets and he the puppeteer.

But, for all that, Dara and Shirin are no less charming than any other pair of lovers in literature. “She wants me to give her a romantic sentence to speak," remarks the narrator at one point, when the two lovers meet. At another point, Dara quarrels with the writer for making him such a miserable and luckless person, unable to offer his lover any of the material comforts or financial security she would like. At yet another juncture, Dara and Shirin meet, and something of the yearning in their respective hearts is fulfilled; at the same time, the narrator poignantly begins to feel “my own loneliness". The narrator’s abandonment by his characters is complete when they suddenly begin to act independently, ignoring the storyline he has thought up for them. This tender, mischievous and demanding romantic comedy is one of the cleverest novels you will read in years.

Romantic love in an experimental narrative