In two years, the Taiwan-based HTC Corp. has morphed from a niche producer of Windows-based smartphones to one of the industry’s most exciting companies.

Their story is quite remarkable. Founder and chairwoman Cher Wang (whom BusinessWeek called “Taiwan’s priestess of the PDA") started the experimental firm back in 1997, a good five years before the word “smartphone" would enter the tech lexicon. For the next decade, their PDAs, or personal digital assistants, were solid yet unremarkable, but a decision to shift focus to Google’s Android operating system in 2009 paid off. Their gigantic investments in research and development (a department that constitutes a quarter of their employees) helped. The company raked in $9.5 billion (around ₹ 42,180 crore) in revenue in 2010, and sold nearly 25 million handsets worldwide. 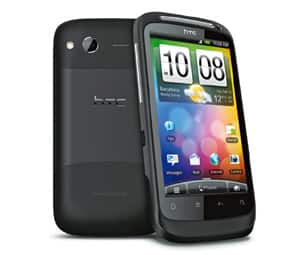 Their new flagship phone, the Desire S, best exemplifies all these qualities. It’s a top-of-the-line device—a 1 Ghz “Snapdragon" processor, a super bright 3.7-inch screen, and the first phone in India to run the latest “Gingerbread" version of Android. It’s fast, smooth and good-looking. And it has the three-punch combo of HTC advantages.

For one, their proprietary “Sense" user interface is the only one worth tolerating. It’s customizable, doesn’t hog resources and adds to the stock Android experience rather than subtract from it.

Two, their engineering is fantastic. Their sense of design is understated, yet not plain. The anodized aluminium shell looks classy and elegant. The phone has great build quality and cleverly optimized battery life.

Three, the company takes its software updates seriously. This is a gigantic problem with many handset operators who don’t push updates fast or often enough. The Desire S ships with “Gingerbread" version 2.3.3, and if HTC’s track record is anything to go by, it’ll stay on the software frontlines.

There are, however, a few niggling problems. Nothing deal-breaking, but potential sources of much annoyance. Some users have reported cataclysmic drops in Wi-Fi signal if the phone is held in a certain way. It’s unlikely that you will hold the phone like this (it involves covering the top half of the back panel completely), and the problem is said to go away if you buy a protective case, but be sure to keep that in mind. The phone’s soft buttons below the screen aren’t very responsive, and sometimes need too much prodding. The camera, 5 MP strong and boasting autofocus, is underwhelming. It doesn’t shoot videos too well and there’s no dedicated camera key on the side.

The Desire S is priced at ₹ 25,490. For those about to purchase a smartphone, the Desire S is a no-brainer. Great software. Great hardware. Occasional misbehaviour.