Whether it’s Kurosawa movies or modern manga, the geisha or its unique cuisine, Japan never fails to tickle the imagination. So inscrutable is the island-nation that travellers say one visit is never enough to grasp the essence of its people and traditions. 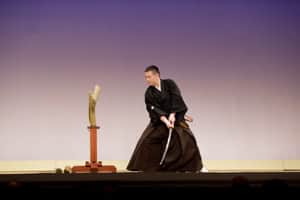 If you are not into Samurai swords unless they are wielded by Tom Cruise, sign up for a tea ceremony that’s as old and exciting but considerably less perilous to life and limb. Sekishu-ryu Isa-ha is an exclusive tea ceremony based on the spirit of the Bushido art form and now, in association with the 3-star Michelin restaurant Hamadaya, it’s been thrown open to people like you and me. The once-in-a-lifetime experience is available to just one party of upto eight people only on Mondays and Fridays, and is followed by a best-of-the-season dinner at the restaurant.