You’ve seen a dozen photo essays that freeze the menacing looks of the Gulabi Gang but this is the first time you’ll see them swing into action. 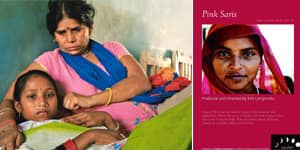 While the documentary has been winning international awards—including Outstanding Documentary at the Hong Kong International Film Festival in April— it is shrill in its approach. Pal is a dominating figure and soon it is evident that there isn’t much of a gang, but one individual who confronts men in authority. A low point is when she calls herself “a messiah for women", very much a throwback to first-time Australian film-maker Megan Doneman’s partisan film on former police officer Kiran Bedi, Yes Madam, Sir (2008). Towards the end, the film does attempt to critique Pal’s arrogance; the fact that she loses more battles than she wins.

But Pink Saris remains an important film which reminds us that impoverished rural India is decades away from progress. The film also has an excellent score by Midival Punditz.

There is Something in the Air 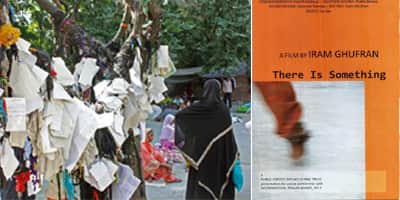 There is Something in the Air (Tisita) works with perceived realities and dream narratives, blending documentary and fiction tropes. There are no eyewitnesses here. And narrators could be unreliable.

Starting off in a psychiatric chamber, the film takes viewers to the Sufi shrine in Badayun in Uttar Pradesh, where women “petitioners" come to rid themselves of evil djinns. We follow accounts of spiritual possession which, in popular parlance, are termed hawai marz or an “affliction of the air".

Research, scripting and direction are all by Ghufran— who teaches photography to graduate students at Delhi’s Jamia Millia Islamia. In terms of production, the film is a first effort, but with marvellous camerawork. The viewer is never face to face with insanity. Montages are layered with voice-overs by the women in question. We never know who is talking; we only see the feet of the frantic, prancing women at the shrine. Ghufran makes madness poetic.

Another triumph is that the film looks at the “state of madness" through prisms other than science or health, taking into account love, longing and desire instead. Above all, it asks: Does one choose insanity?

Tisita is a 2010-11 film supported by the Public Service Broadcasting Trust (PSBT) and has been aired on DD. DVDs are available with PSBT. 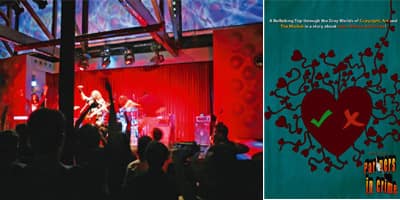 It was both the opening and closing film at the Persistence Resistance festival, organized by the non-profit media and human rights group Magic Lantern Foundation (which also produced the film) in February in New Delhi.

With its noir-tinted beginning, the documentary takes the viewer through the grey worlds of art and the market. The film follows an assortment of stakeholders on either side of the culture copyright discourse: indie rockers who market their own music, folklorists who turn tribal aphorisms into stories, music archivists who hoard and share everything they can get their hands on, and anti-piracy fanatics who believe that piracy funds terrorism.

You Don’t Belong is an attempt to tell the story of something ephemeral and shadowy: a song.

Shot in stark black and white, this documentary comprises two overlapping narratives. It is, first and foremost, an exemplary film about music, and the way a tune travels through the complex tangled venn diagrams of the local music-producing industry. Most of the people who make an appearance in the film—Paban Das Baul, bands Bhoomi and Parashpathar, singer-songwriter Prabuddha Banerjee—are musicians, and the film extracts some wonderful, impromptu performances from them.

You Don’t Belong is also a larger exploration of the role of authorship in what is collectively referred to as “folk" traditions in Indian music. There’s a sense of migration and loss as Banerjee peels away each layer of the song’s journey, and a troubling sense that the fragmented nature of these traditions is being exploited, in a way, by music companies.

The film doesn’t offer solutions. It just poses questions worth remembering the next time you encounter a glorious piece of music.

You Don’t Belong is currently on the film festival circuit and is forthcoming on DVD. For a preview, visit www.overdosefilms.com