In 2011, the four-day, annual Consumer Electronics Show (CES) last week in Las Vegas, US, was only tenuously about consumer electronics. 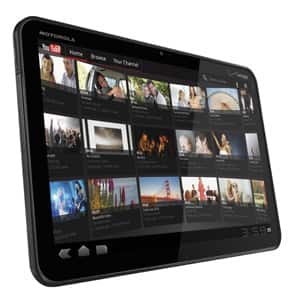 Motorola previewed its new tablet with a great promotional video, one that covered 3,000 years of tablet history, from the Egyptian papyrus to the iPad (which it boldly called just “a giant iPhone").

The Xoom will be the first tablet to release with Honeycomb, the version of the Android operating system that’s modified especially for tablets. Elsewhere, it looks nice and sleek—it’s slightly thinner than the iPad—and is powered by NVIDIA’s dual-core Tegra 2 processor. It’s hard to see how Motorola will differentiate the Xoom from other similar Android tablets, but it has an advantage in being first off the block with Honeycomb.

It’s been a while since we’ve seen a new MP3 player in the market. Sure, Sony puts out a half-hearted update to its Walkman line every now and then and Philips has been quietly improving its GoGear range to fill the “underrated underdog" niche, but there hasn’t been a big new player out there since the Zune HD. Samsung, happily, has felt the same—it announced the launch of the Galaxy Player, an Android-powered MP3 player that looks similar to its Galaxy S line of phones.

Samsung is obviously trying to pull off an iPod Touch here, but Android still doesn’t have the same level of killer apps that Apple’s app store does. Pricing will be key here, and the one factor that could wrest people away from Apple’s dominant MP3 player.

What better way to combat a fancy buzzword than to invent your own? With the world gaping in wonder at the iPhone’s “Retina" display, Sony Ericsson has decided enough is enough. Their newly announced Xperia Arc has a 4.2-inch “Reality" screen, powered by the imaging engine that drives Sony’s Bravia range of television sets.

The phone looks like a stunning piece of work—it’s only 8.7mm thick, about the size of a normal headphone jack, it’s got an 8-megapixel camera at the back and runs Android 2.3, codenamed Gingerbread. Ericsson was expected to unveil a new gaming-focused phone the media has dubbed The Playstation Phone, one that looks like a cross between the PSP Go and the Xperia X10, but we’re more than happy with the Arc for now. It’s a great start for Google’s operating system as well, with a gorgeous new generation of Gingerbread-powered phones—the Nexus S, the LG Optimus 2X and now the Arc. Your move, Apple.

It’s either really heartening or really scary that Microsoft has shifted eight million units of Kinect, the “controller-free" motion sensor accessory for the Xbox 360, since its launch in November.

Heartening because this was a gamble with experimental, wonderfully futuristic technology that paid off. Scary because eight million homes now have an all-knowing, all-seeing eye peering into the depths of their souls. That’s not too much of an exaggeration. The Kinect can sense movement, identify faces and respond to voice commands, but with the launch of Avatar Kinect it can now read facial expressions as well. Apart from fascinating implications for game play, Microsoft is also pitching it as a videoconferencing tool with your cartoon avatars.

Avatar Kinect will be available by “spring 2011".

The new version of Microsoft’s table-centric device, the Surface 2, uses a peculiar piece of technology called Pixelsense that allows LCD screens to detect objects placed on the...um surface of Surface without the need for cameras. Instead, tiny sensors are embedded between individual pixels in the 40-inch screen, allowing it to react to everything from a piece of paper to a digital camera that is placed on it. But Surface is not a consumer product just yet—Microsoft will sell it as a device for businesses.

Sony was big on 3D this CES, even showing off these bizarre prototype 3D glasses straight out of ‘Star Trek: The Next Generation’. It’s an intriguing device—inside are two high-definition panel screens, one for each eye, and stereo surround sound. Sony insists it’s only a prototype for now.

Take a tablet. Now slide it into a sleeve attached to a keybaord and voila—instant laptop. That’s the basic idea behind Lenovo LePad. It’s a normal laptop by day and a svelte tablet by night. Stranger still is the fact that the LePad runs two operating systems—Android when you use it as a tablet, and Windows 7 when plugged into the laptop base.

Old-school camera makers Polaroid announced a curious pair of glasses with pop star Lady Gaga. The GL20 is a pair of stylish shades with an inbuilt camera. Snap a photo and it can instantly be displayed on the outside of the frames—it features two out-facing LCD screens in front of each eye. The screens can also play videos or pictures of your choice, making it, in Polaroid’s words, “part fashion statement, part revolutionary technology and part tool for self-expression".