When I began reading Santosh Desai’s Mother Pious Lady, I expected a somewhat Indianized version of Freakonomics or even Paco Underhill’s Why We Buy.

Both books, somehow, sought to first state the way in which individuals and communities behaved, then investigate why they acted that way, and finally, how we could somehow use math or science or supermarket design to manipulate this behaviour. All in order to bring about social uplift, better healthcare or, in Underhill’s case, higher sales and profit (in any case, I do recommend Why We Buy. It is a fascinating exposé on why the lighting in some shops is so bright, why we feel uncomfortable in narrow supermarket aisles and why in God’s name they always shove watches, perfumes and jewellery right in your face when you walk into a Shoppers Stop. Some of the conclusions may be apocryphal, but it makes for splendid intellectual shine at weddings and cocktails). 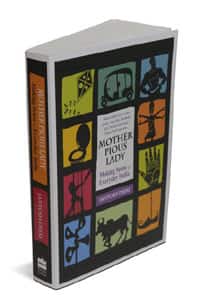 But, in fact, Mother Pious Lady is not at all like that. It does not explain why we are like this. It does not tell us how to manipulate our quintessential Indianness (indeed, the book that I was continuously reminded of while reading this one was an anthology of Busybee columns by the wonderful Behram Contractor).

Instead, Desai’s book is a collection of musings on all the little whimsies, quirks and tendencies that define Indians individually and collectively. Yes, of course, there are generalizations. And these generalizations are not exhaustive: They largely focus on that eponymous Indian middle class that everyone from blogger Greatbong to stand-up comic Russell Peters derives endless inspiration from.

But then they are never malicious. And one has to admit, they are also quite true.

Much like Desai, when he makes the occasional reference to his own family and upbringing, I too was brought up dreading three things: not becoming an engineer, being pickpocketed in public transport and that terrible social evil called “love marriage".

To this day, when I step into a Delhi Metro or a DTC bus, I quickly manoeuvre towards a bar or pillar and then lean posterior first. So that my wallet is safely squeezed between bar and butt.

Therefore, it is impossible not to identify with the social and cultural truisms that Desai talks about, especially in the first half of the book (unless you were/are very poor or very rich). 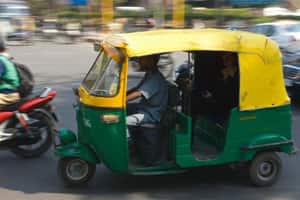 Indian on wheels: Desai dedicates a chapter to the humble autorickshaw, ubiquitous in some of our cities. Ramesh Pathania/Mint

None of this is new, but Desai is gifted with two rare qualities: an ability to write wonderful, pithy sentences, and a perfect sense of when to stop writing these sentences. This ensures that even when he is talking about clichéd “Indian things", the reading is worthwhile and never boring:

Desai on those ubiquitous “badges" carefully bestowed on organizers at puja mandals and Lions Club felicitations: “The badge is a quasi-uniform converting disconnected people into a cadre. The badge converts a lower division clerk into an officer bristling with disappointment… and a housewife into a despot with untrammelled powers."

That is part of a crackling two-page piece. Just one more paragraph, and badge overkill would have happened.

Mother Pious Lady slows in the second half when Desai touches upon larger issues such as politics. The best way to read this book is not to go through it in one sitting. Or even in order. It is perhaps best read in short bursts—over lunch or during the commute. Desai’s writing, honesty and willingness to smile at himself, and by extension at all of us, is refreshing and oddly becalming.

Mother Pious Lady wants to do nothing more than remind you of the way things were and the way they are.

Not to use, but to amuse