The hitch in scaling up your run

If you have completed a 10km race, you will find it easy to move on to 21km, but going on to complete a marathon is no easy task

“I couldn’t breathe. So I screamed," says Nazuk Arora, a 29-year-old art consultant.

This happened at the 15km mark of the Airtel Delhi Half Marathon on 29 November. The screaming, along with some water and a sports drink, helped. Arora finished her maiden 21.1km run (the half marathon distance) in 1 hour, 57 minutes—well within her target of 2 hours. 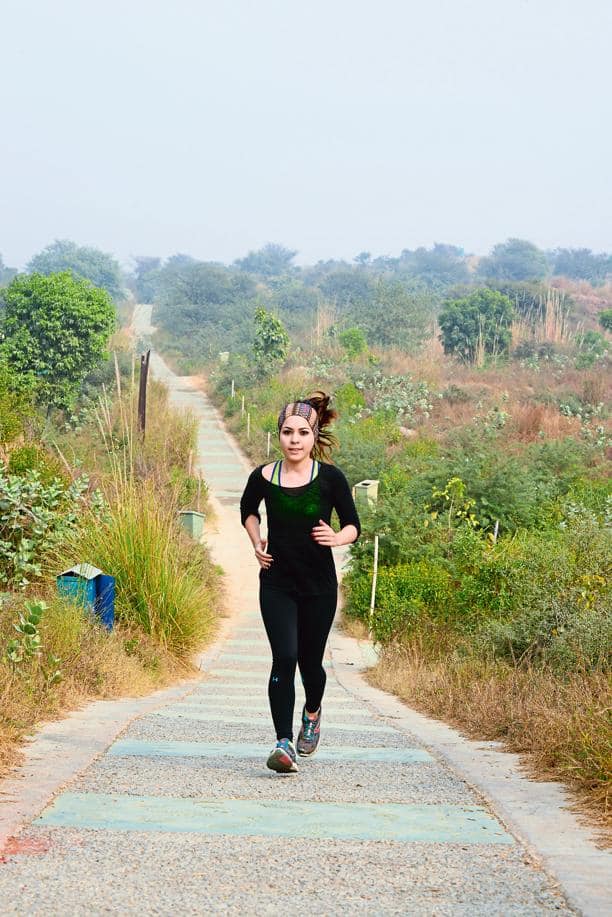 “Although the distance has only gone up by a factor of two, the difficulty is usually perceived to be in the range of three-four times rather than twice," says Purnendu Nath, a trainer certified by the American College of Sports Medicine. “Going from couch to 10km is not easy because there are huge changes required in terms of lifestyle, mental training and physiological conditioning. From the 10km mark, running a half marathon does not require any major changes to training methods, so this transition is relatively easy."

However, significant adaptations are required when moving from a half marathon to a marathon.

Running coach Dharmendra Kumar says one of the main reasons people struggle while running a marathon is because the human body can store enough glycogen only for 90-120 minutes of running. “Beyond that we feel fatigued if not properly fuelled (with food, water and electrolytes). On an average, runners take about 240-270 minutes to complete a marathon. Hence, fuelling before, during and after is a major challenge. If not done properly, it can lead to pain, cramps and, in some cases, injuries," says Kumar, the chief executive officer and founder of Protons Sports and Fitness, a company that has running training centres in Bengaluru.

Another reason that makes a marathon much tougher than a 21km race is the fact that you have to dedicate a lot more time to train for a full marathon. “A full marathon preparation will require 10-12 hours of running each week," says Puma’s running ambassador and sports scientist Shayamal Vallabhjee. “Most runners find it hard to strike a good balance between training and work."

Statistics tell the same story. There were 2,985 runners for the 42.195km race at the Standard Chartered Mumbai Marathon, India’s biggest running event, earlier this year, while 11,802 completed the half marathon at the same event.

But there is good news. “At a physiological and psychological level, encouragingly enough, research from the US’ University of Northern Iowa (which was mentioned in the 1998 book The Non-Runner’s Marathon Trainer) has shown that it is possible for anyone to go from ‘can jog for 20 minutes’ to running a full marathon," says Nath.

However, if one wants to do a marathon within an ambitious target time and feel strong after the race, one should give oneself enough time to train regularly for 12-15 months, warns Kumar.

That’s exactly what Manika Jain, a 43-year-old, Mumbai-based designer, has been doing since January as preparation for the Mumbai marathon next month. She runs up to 50km (Vallabhjee advises up to 90km) a week on an average and also puts in time in the gym for strength training and core exercises. “I have run five half marathons and the training for them was so much easier. The frequent runs and the high weekly mileage leave me fairly tired and sore. My feet hurt often and losing toenails is probably the most painful thing in this entire process," says Jain, mother of a 15-year-old. “Add to that my work and business, which I can’t ignore. Hence, the biggest hit has been taken by my social life. It is almost dead as of now."

That is not all. Running a marathon is more complicated than simply dealing with long training hours, tired legs and painful blisters. There is a psychological battle as well. It requires considerable mental strength to be able to prepare yourself to run 42km. It took Jain five years to make the transition from a fun half marathon to a “serious" full one, while Arora, who is enthusiastic about running, says she is not mentally prepared to take the leap of faith just yet.

Those training for a full marathon also need to focus on nutrition. “A long run will burn as many calories during that single run as one would burn in a normal 24-hour, no-exercise day. To ensure that the calories taken in are appropriate both in terms of quantity and quality is often a challenge," says Nath. “Your body will typically run out of glycogen somewhere between 28-32km. As a result, you need to plan and practise mid-run nutrition training."

Vallabhjee warns: “If you are running a full marathon, factors such as hydration, sleep, nutrition and recovery play a very important role. None of these can be neglected. Remember, the longer the race, the more you stand to suffer if your preparation is poor."

Get started with this general running plan. However, if you are running a marathon, it’s best to consult a trainer and get a plan tailored to your capabilities

Most plans suggest 16 weeks of training. Keeping in mind our sedentary lifestyles, set aside 24-48 weeks. The plan should include running, strengthening and flexibility.

Running is the most strenuous and should be restricted to three days a week. No more than 10km a day. One day of strength training, one day of work on flexibility, and rest on two days.

Four days of running, one day each of strengthening, flexibility and rest. Include speed training (Interval Training, tempo runs) and long, slow distances. Be careful to build up the kilometres gradually. Include a couple of 35km runs at least four weeks before the race. Taper (bring down mileage) in the last month.