Firsts at the India Art Summit 2009

Firsts at the India Art Summit 2009

The second edition of India Art Summit 2009 (19-22 August) has 54 galleries from India, the Asian region, Middle East, Europe and the United States participating in a mega art confluence spanning 4,500 sqm at Pragati Maidan in New Delhi.

Grander in scale this year around, the summit hosts many firsts. LOUNGE picks a few must-sees for art enthusiasts and buyers: 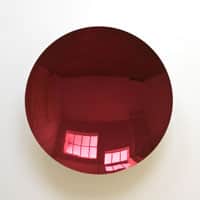 World-famous U.K-based artist of Indian origin, Anish Kapoor exhibits in India for the first time: Anish Kapoor is known for the strong, sensual shapes he creates in bold reds and blues. Born in Mumbai in 1954, Kapoor has made London home ever since he went there to attend art school. In 1990, he represented Britain at the Venice Biennale. The following year, he won the prestigious Turner prize. He has had solo exhibitions of his sculpture works at the Tate Gallery in London and other venues in Paris and New York.

Now, London’s Lisson Gallery brings Kapoor’s works for the first time to the country of his birth.

Stefan Wimmer, managing partner, Beck & Eggeling, says that attending the summit was crucial this year with India rapidly increasing in prominence as an important market on the global art map.

Neha Kirpal, associate summit director shares that the videos will play in a loop throughout the summit in a specially designed lounge with classroom-style benches.

The summit’s bent towards three dimensional artworks has drawn out several first time sculptors. Artist Arpana Caur has created a 72 x 40 x 12 inch brass sculpture to protest against the mindless felling of trees to clear up the country’s capital for the Commonwealth Games 2010. Titled Common wealth, the 175 kg sculpture depicts a pair of scissors symbolically stuck in its trunk.