Child-friendly rating: 0 out of 5 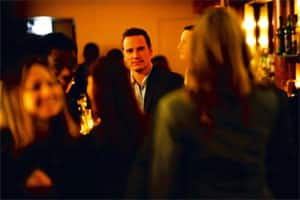 Critically acclaimed performances by Fassbender and Mulligan lift this otherwise banal film. Of Fassbender’s performance, Joe Morgenstern of the The Wall Street Journal says, “He is handsome, virile (not just because of a few flashes of frontal nudity), nuanced and fiercely focused, with a commanding physical presence that recalls Burt Lancaster in his prime."

The Girl With The Dragon Tattoo

The Girl With The Dragon Tattoo

Another film based on a literary blockbuster, The Girl With the Dragon Tattoo is the first film in Columbia Pictures’ three-picture adaptation of Swedish writer and journalist Stieg Larsson’s Millennium trilogy. Directed by David Fincher, this English-language adaptation follows journalist Mikael Blomkvist (Daniel Craig) as he investigates the disappearance of a wealthy patriarch’s niece along with a punk computer hacker named Lisbeth Salander (Rooney Mara).

Comparisons to the original Swedish film made in 2009 are difficult to ignore, but convincing performances by Craig and Mara validate this remake. Fincher’s film version is brutal and rife with sexual politics. Sony Pictures India had earlier announced its release on 10 February but Fincher’s refusal to cut the graphic scenes requested by the Central Board of Film Certification (CBFC) turned that upon its head. Find another way to watch this gritty crime thriller with a human edge.

Child-friendly rating: 4 out of 5

Martin Scorsese’s first venture into 3D is a love poem to the history of cinema. It’s a must-watch on the big screen but with its India release uncertain, do settle for a home viewing.

Hugo had 11 Academy Award nominations for 2011 (it won five). But the better marker is Roger Ebert of the Chicago Sun-Times who gave the film four out of four stars saying, “Hugo is unlike any other film Martin Scorsese has ever made, and yet possibly the closest to his heart: a big-budget, family epic in 3-D, and in some ways, a mirror of his own life."

The film is set to premiere on 16 May as the opening film of the 2012 Cannes Film Festival, after which it will release in theatres in Europe and the US. DVD dates haven’t been announced yet, but keep your eyes wide open for this one.