What we leave for the future

What we leave for the future

How do societies remember? What resources and materials are we, in the here and now, prepared to leave to those who come after to enable them to make sense of our own helter-skelter age—to allow them to separate fact from our own self-loving self-mythologizations? 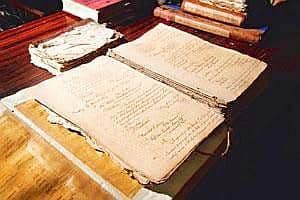 So, we neglect and suppress questions to do with the material sources—the archive, in the most expansive sense—out of which the coming future can hope to understand our breakneck present. At its most basic, those questions wind down to one: Who will create, conserve and make available the archive upon which the future can hope to understand our present?

Today, our own understanding of India’s modern past rests pretty heavily upon the colonial archive (reposed largely in the India Office Records in London, and in part at the National Archives of India in Delhi), to an important extent on the documentary trail of the national movement (amassed at places like the Nehru Memorial Museum & Library, New Delhi), and to a lesser extent on the documents of the independent Indian state, grudgingly bequeathed to researchers (the current director general of the National Archives, Mushirul Hasan, has shown remarkable determination and skill in extracting from the government and making available to scholars more of these resources).

But at least equally important as lowering the secrecy barriers to access already archived materials, is the responsibility to create and conserve new archival holdings that contain the materials that will illuminate today’s public world, that are necessary to comprehend the figures and institutions of contemporary history.

Here, things look pretty bad. Where exactly are the private and official papers of recent political leaders—of our last several prime ministers from, say, Chandra Shekhar to Atal Bihari Vajpayee, let alone of regional political figures—being collected? Are they being systematically deposited somewhere, catalogued and conserved? How in the future can we hope to write the history of Indian film and cricket, of music and architecture? Of the media, of business corporations and the public sector industries, of banks and NGOs? Unless the material sources of these activities and institutions are built up in archival form, we cannot hope accurately to understand them—or ourselves.

In part, that involves creating safe houses where the documents of architectural practices and film companies, of publishing houses and businessmen, of politicians and writers, can be safely deposited—in the knowledge that they will be safely preserved and responsibly accessed. I am not necessarily suggesting the creation of some mega-institution with its accompanying mega-bureaucracy. The important point, rather, is to inject into our public imagination and discussion an expectation that we do need to establish such collections and to install policies such as tax incentives for those who gift such papers that encourage this to happen. It needs to happen quickly, because such materials disappear before one realizes it.

We think of the Right to Information as a right that belongs to today’s citizenry —as something that applies across our current generation. But what about future generations’ right to information, their right to know about their past, our present?

Future generations, of course, have no power over us, whether it concerns the use of natural resources, the conservation of cultural heritage, or of the records of current activities and lives: We can, if we wish, decide to leave nothing at all for their use.

Let us be clear. Building such document collections (and I realize that increasingly, these will have to capture digital formats), creating museums that are not merely shop windows for display but which are genuine arenas for research and the creation of new knowledge, investing in the disciplines of historical research and intellectual understanding—none of these are a luxury available only to rich societies. On the contrary, for a poor but great democracy such as our own, making sense of our past is not a discretionary, subsidiary item on our national to-do list.

Democracy as a political form depends profoundly on its capacities to understand its own history—to explicate the intricate causal chains that reveal responsibility and human agency, and which show that it is human decisions that result in better or worse outcomes. It’s through this process of self-analysis—and only through this process—that democracies learn how to do better in the future. History is, in that sense, the school of democracy—democracy’s method of self-improvement. Self-education is always an interminable process (it was Sigmund Freud who identified the unending quality of three activities: psychoanalysis, education and politics).

Totalitarian or theocratic societies do not need history; in fact, they work actively to scrub out its inconveniences. In the more simplified cosmos of such closed societies, it is either ideology (a belief in the great socialist future; or on striving to create a sanctuary for the racially pure), or divine will and dispensation that guides the society infallibly—and blamelessly, for its rulers—from one rock to another.

But all that a democracy has is its understanding of its own past as a guide to what to do next—it cannot invoke religious injunctions, or turn to an ideology (whether of perfect equality or perfect competition, communism or the market) to judge how it should act. Thus, in failing to harbour our past, we are doing a disservice to the republic, and our own democratic future.

So, even as the settled landscape changes daily all around us, as we anticipate and worry about the future, we need to keep an eye fixed not just on how we got here, but on how those who come after can hope to understand how they got to where they did. We, and all the documentary debris of our times, are a crucial link in that chain.

Sunil Khilnani, Avantha professor and director, King’s India Institute, is the author of The Idea of India, now published in a new edition. He is taking a break from writing this column. Write to him at publiceye@livemint.com