Book review: An Economist In The Real World

Clearly, a captivating book on the economist's time with the UPA is still waiting to be written

Kaushik Basu has written several tomes, of which I have read two. One three decades ago as part of the course work during my master’s and the second this week for a book review. The first was titled The Less Developed Economy: A Critique Of Contemporary Theory, and the second is An Economist In The Real World.

What a study in contrast; one, a riveting read and the other, a chore. I doubt this has anything to do with the fact that Basu was so much younger when he wrote the first book or that I am three decades older.

Maybe it has to do with expectations. Not only is Basu a brilliant economist with an accomplished body of work, he is also an articulate professor; I was lucky to take courses with him during my master’s. It was not just me, almost every student in my batch perceived Basu to be the rock star of his generation.

The latest book is touted by the author as a bit of a memoir (it’s the season for memoirs from all those who were privileged to work with the Manmohan Singh-led United Progressive Alliance, or UPA) of his stint as the chief economic adviser, combined with practical lessons in development economics.

Unfortunately, the memoirs are too few and sanitized, especially when one is expecting anecdotes of one of the most important phases of Indian economic history, immediately after the 2008 global economic crisis. Most of us are curious to know what exactly went wrong with the UPA, especially given that it was led by an economist and a team that guided the country’s tryst with serious economic reform 25 years ago. If not for vicarious reasons, purely to get an insider view of a very important phase of economic history. To be fair, Basu confesses to maintaining a diary of his time in government replete with juicy anecdotes, but declines to share it: “The revelations and notes on personalities—the reader will not find here." 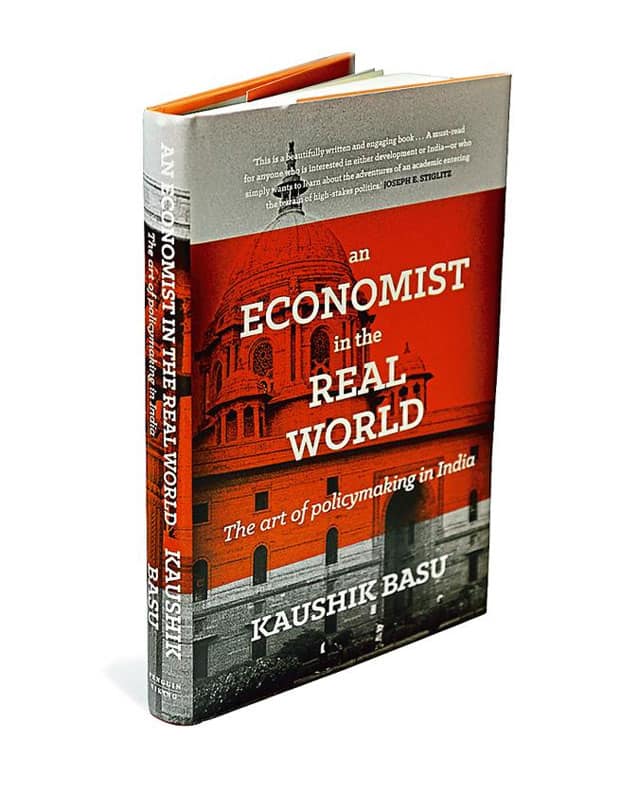 While Basu has been miserly with anecdotes, the few he shares are interesting and witty. The self-deprecating style of relating them only adds to the humour associated with public office. In one, he recalls how his household help thought the most important function of a chief economic adviser was to be “in charge of raising prices in India" (and this at a time when food price inflation was on a rampage).

Similarly, he shares the compelling controversy associated with an idea he floated on dealing with bribes—by making bribe-giving legal, but receiving it illegal. A typical academic idea, drawn from serious economic theory, which unfortunately has no place in politics—especially in an era defined by exaggerated self-indignation, breathless electronic media and 140-character news breaks.

What we take away from the episode is that India is still not ready to debate ideas, especially if they are radical and provocative (understandable given the nature of the divisive discourse defining the country at the moment: my way or the highway).

Clearly then, there is a captivating book on the UPA era waiting to happen. Unfortunately, it is locked away in Basu’s Delhi diary.