‘I think I changed working in Bombay’

Danny Boyle’s Slumdog Millionaire, the poignant and charming story of a slum boy and his quest to become a millionaire on a television game show, has been hailed as the director’s best work since Trainspotting. 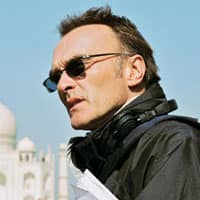 Adapted by Simon Beaufoy from the novel Q&A by Vikas Swarup, the film won the Cadillac People’s Choice Award at the 2008 Toronto International Film Festival earlier this month. Just weeks after a last-minute deal with Fox Searchlight saved the film from obscurity, Boyle spoke to Lounge about filming in India, casting Patel, and why he changed after working in Mumbai. Edited excerpts:

Congratulations on the award. How does it feel?

The story of the film is about a boy from the slums—it is an underdog story—but the film is like that in itself. We were dead in the water about four to six weeks ago and then Fox picked us up (after the film’s original distributor, Warner Independent Pictures, closed down). Next thing you know, we’re at the festivals and have won a prize. India to me is like that. If you go with it, it rewards you. There is no point going around shouting and screaming. You have to go with it. It requires a different approach—especially for Westerners.

What were the challenges of filming in Mumbai and in Hinglish?

I tried not to think of it as a challenge. You may not have the control and precision but you have energy and opportunities beyond belief in Bombay. You have to grab it, and if you succeed, you might capture even a fragment of it. I was away from London for six months and when I got back, it felt like the apocalypse had happened in my absence—it was so quiet!

How did you get involved with ‘Slumdog Millionaire,’ and what made you decide to take it on?

I had the script sent to me and I was told that it was a version of Who Wants to be a Millionaire? I thought: “No, who would want to watch that?" But Simon Beaufoy, who wrote the script for The Full Monty, had adapted it and I thought it would be rude to say no before I had read it. So I did, and I was gone after 20 pages.

The other Damascus moment was reading Maximum City, by Suketu Mehta, and the third factor was visiting Bombay. The book I had with me the whole time I was here. I got here and the place was overwhelming. I shot every day. They had to drag me away—they had to literally put me on the plane when it was time to leave. 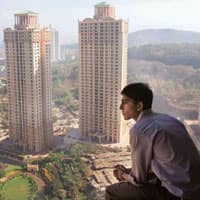 The words I loved most were “aram se" (take it easy) and “dil se"(from the heart). They are so beautiful. I loved how prevalent and absorbed English is into Hindi. Two-thirds of the film is in English and a third is in Hindi, and the people speak a mixture of the two.

How and why did you choose Dev Patel for the lead?

I saw a lot of guys who were very “hero" looking. But I was after someone not so heroic. I wanted someone ordinary. I met Dev Patel and I loved him, and I thought he was fantastic. This film was a big challenge for him as he was born and brought up in London and I think he did a great job.

Critics are already talking about the film in the same breath as the Oscars. From orphan status to here—how does this make you feel?

I think I changed, working in Bombay. You get this feeling, and you learn that you have a place. People in the West respond to this thinking as passive and fatalistic. But you do have a place in the series of things, and what will be, will be. There can be success or failure. It would be wonderful if we won an Oscar, and if it is to be, then cool. But we still had an amazing time making this film.

Which part of the film do you like the most?

The music. The composer for the music A.R. Rahman is a superstar. He did the music, and he is phenomenal. You tend to get very bored with a film when you see so much of it, so the music keeps it going.Also, there is a scene in the film, when he is already a millionaire, and he is driving to the studio and is stuck in traffic. Someone bangs on his window, and you think she is a beggar, but she isn’t. She just wants to wish him good luck. And that sums up the city for me. It just exceeds all your expectations.

Slumdog Millionaire releases in the US on 28 November.