When diaspora Zoroastrians acquaint themselves with their roots in Gujarat, Parsi classics make their journey sweeter

I’m going to be honest with you. I’m a Parsi but I’ve always had a somewhat tenuous love for Parsi food. Of course I liked the odd dish here and there—dhan-dar chawal, simple yellow dal and rice usually eaten with a spicy prawn patiyo; sali marghi, in which the chicken is doused with crisply fried potato sticks; the plump globes of Parsi paneer soaked in salty whey. But the dhansak that everyone raved about, the patra ni macchi, the gloppy akuri, the eggy lagan-nu-custard… frankly, I couldn’t see what the fuss was all about.

So when I heard about the year-old Zoroastrian Return to Roots (Zororoots) programme, which sees an intrepid band of Parsis escort young diaspora Zoroastrians on historical and cultural trips around India, I dismissed the whole thing. “It’ll probably involve eating a lot of dhansak, caramel custard and praying," I scoffed to my friends. 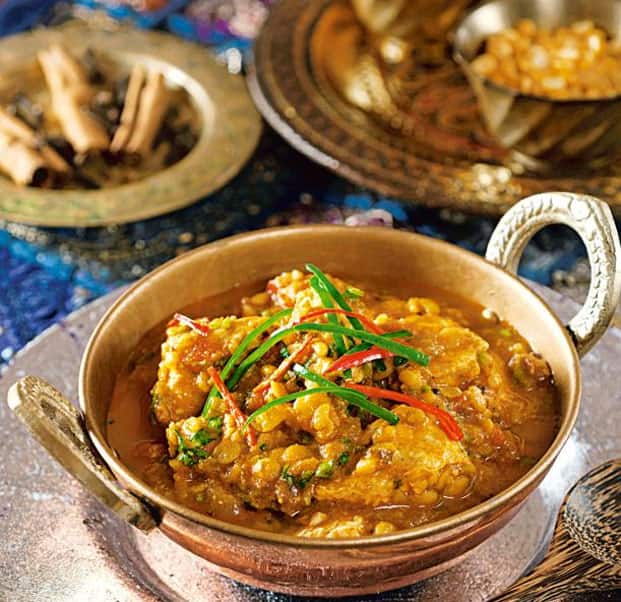 As Patel’s trip slowly unfolded on Twitter, something within me flickered gently to life, urging me to find out more. The most intriguing part for me was their sojourn in Gujarat, a bastion of sorts for my people, where cities and towns still bear strong traces of the Parsi identity.

It was only fitting that the trip began at Sanjan, where a commemorative pillar marks the arrival of the Zoroastrians (either in the eighth or the 10th century; there is no agreement on this). The World Zoroastrian Organization guesthouse that housed the band of merry travellers “is popular for its preparations of tarapori patiyo, a sweet-sour dish made with dried Bombay duck, and sukka boomla no patiyo (pickled dried fish)," says Shireen Havewala, Zororoots founder and one of the trip organizers. On the last tour, however, the participants ate tangdi chicken and kheema (“totally avoidable," grumbled Patel), simply because those were the freshest dishes.

But even Patel admits that the star of the show was “Jamshed uncle’s doodh na puff," a dish not unlike Old Delhi’s daulat ki chaat. Across towns in Gujarat, the puff was, by necessity, a winter dish. Fresh, sweet milk is thoroughly boiled and left to cool overnight in the garden, with a wisp of mulmul covering the dekchi (pot). The next morning, the dew-drenched cream that has risen to the top is beaten until a frothy cloud forms. The froth is then scooped into glasses and eaten at once. Today, of course, anyone with a refrigerator can make it at any time, as Jamshed Gandhi, WZO guesthouse manager, did. Current proprietor Cyrus Dotivala, a direct descendent of the venerable Faramji, was a generous host to the participants, sharing baked goodies and stories. “The (Dotivala) bakery in Surat uses 200kg of flour to sell more than 500kg of batasa, a special Parsi biscuit now adopted by Indians the world over! Heading to the kitchens of this 200-year-old bakery (sic) was magical," tweeted Patel. Slowly, gently, her enthusiasm was whittling away at my condescension, piquing my curiosity for this intangible cultural history.

Yet, it was the little town of Navsari, some 40km south of Surat, that was arguably the culinary apogee of the trip. For Parsi bon vivants, Navsari is inextricably associated with the EF Kolah store, purveyors of Parsi condiments for well over a century. Its pickles, prepared with Kolah’s special cane vinegar—called sarko and brewed in wooden casks in exactly the same process since 1885—are its most famous products. There are legions of fans for their gharab nu achar (fish roe pickle), the sweet bafenu, made from an entire ripe mango, and gorkeri nu achar, made from half-ripe mangoes and jaggery; the vinegar is used in everything from saas ni machhi to stew.

Anushae Parakh, a 23-year-old Pakistani Zoroastrian, staggered home with boxes full of goodies. “I stocked up on the achars and masalas which I do not get in Pakistan," she says. “My suitcase still smells of tarapori patiyo (a tart and sweet pickle made of Bombay duck infused with vinegar)." 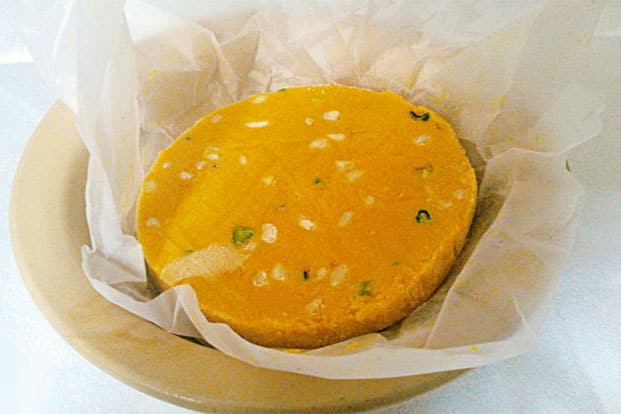 Not far away is Mama Patticewala, where Wadia and Patel dug into the delicious pattice. “I’ve known about the shop since my childhood—my maternal grandparents are from Navsari—and it’s quite the institution," says Wadia. “Their most famous item is the potato pattice stuffed with coconut and other nuts, which usually gets over by noon."

For Parakh, the most memorable meal was one she ate at Jamshed Baug. Built in 1849, the Navsari baug is one the best-kept Parsi dharamshalas in India, with rows of sloping roof-topped low buildings standing around a wide courtyard. “The quintessentially Parsi dish of curry-chaval was made with a unique Indian twist, but it still reminded me of home," she says. “The taste of Gujarati-Parsi food in India is different from that made in Pakistan; the spices and herbs really make a difference."

Suddenly, unexpectedly, I was yearning for a taste of the Parsi curry, usually made in India by incorporating roasted and ground poppy seeds and sesame seeds, even grams and peanuts, with the regular curry masala.

The Zororoots tour ended at Dahanu, a postcard-perfect seaside town in Maharashtra, with winding lanes and rustic houses. Butterfly-bedecked chikoo and litchi orchards slope away from the railway station. Although there are a few bakers and entrepreneurs here, most Iranis have structured their lives around the fruits. On a speedy lunch-stop just outside Dahanu, the participants dug into chikoo chips, a speciality of the area. “We also had saas nu gosh (mutton), which is unusual in Parsi cuisine," says Patel (usually, Parsis make the glutinous white saas or curry with fish). There was also plump boi (mullet), its flaky flesh slathered in a shell of masala. This was simple Parsi food cooked and eaten as close to its cultural roots as possible. As endings go, this one tasted pretty good.

But was it really an ending? As I researched and then wrote this story, I could feel my personal notions about Parsi food shifting, from dishes that I’d seen virtually every day of my life to the carrier of the culture of a particular time and place. With every bite of my batasa, I was also consuming a piece of hybrid Parsi history; every mouthful of saas ni macchi would make me wonder about the curious evolution of Dahanu’s saas nu gosh. Food is so much more than just food; this was just a beginning for me.

The road to history

The Zoroastrian Return to Roots programme brings together young Zoroastrians of the diaspora with ancestral Parsi and Irani communities in India. Participants converge in New Delhi, from where they fly to Mumbai and then drive to Pune and around Gujarat (Nargol, Sanjan, Daman, Udvada, Navsari, Bharuch, Surat and Dahanu in Maharashtra) for a taste of Zoroastrian religion, culture, business and history. Though formed by religion and including a ‘jashan’ ceremony (a sort of thanksgiving ‘puja’) and visits to fire temples, the tour includes cultural landmarks like Navsari’s Meherji Rana Library (home to some of the finest Zoroastrian manuscripts), Mumbai’s iconic Bhikha Behram well, Pune’s Poonawalla Stud Farms and Bharuch’s old Parsi houses.

For participation, costs and other details, visit Zororoots.org.