Thanks for Visiting Mint
You seem to have an Ad Blocker on. Please turn it off in order to continue, or whitelist Mint
HOW TO TURN OFF AD BLOCKER
OR
REFRESH IF YOU ALREADY TURNED OFF THE AD BLOCKER
Home >Mint-lounge >So many men in one

So many men in one

So many men in one

In a brief but dazzling short story about the life of Shakespeare called Everything and Nothing, the great Argentine writer Jorge Luis Borges portrays Shakespeare as a man without a personality. “There was no one in him," writes Borges, and this explains why Shakespeare could put himself in the shoes of hundreds of myriad-minded characters, imagine them all from within. Thus the paradox: Shakespeare was not fully a man, and yet “nobody was ever as many men as that man". 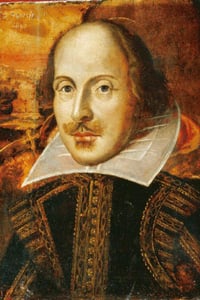 In his new biography of Shakespeare, Soul Of The Age, Shakespearean scholar Jonathan Bate attempts to take the measure of how a man of such unpromising circumstances— the son of a small businessman, brought up in an insignificant town, educated in an ordinary school—managed to expand his mind, his language and his imaginative and worldly power to become, as the book’s title asserts, the soul of the age. Or, to adapt Borges, how did a man who should have been nothing end up encompassing everything?

Bate’s book is itself founded upon a Shakespearean structure. It is ordered around the concept of the “seven ages of man"—infant, schoolboy, lover, soldier, justice (or householder), and then two levels of old age, the latter being “a second childishness"—so vividly described by the character Jacques in Shakespeare’s comedy As You Like It. Making fertile connections between Shakespeare’s plays, what is known of his life, and the beliefs and practices of his times, Bate comes as close to achieving a sense of Shakespeare’s felt presence as any other biographer ever has.

Since he left such few traces of himself, and since so much other evidence has been lost or destroyed, Shakespearean biography has never been a matter of simply collecting and interpreting the sources. Yet there are dozens of other extensive documents left behind by Shakespeare: the plays and poems themselves. Bate approvingly quotes the critic Barbara Everett, who argues that “if (Shakespeare’s) biography is to be found it has to be here, in the plays and poems, but never literally and never provably". Much of what Bate posits is a result of interpretation, correlation, juxtaposition. But if his method is speculatory, the result is a very rich, educated and revelatory speculation.

For instance, is it not significant that in Shakespeare’s earlier works, doctors are usually comic figures, but after the marriage of his daughter, Susanna, to a widely respected doctor called John Hall, the doctors in the plays become “dignified, sympathetically portrayed medical men"? If this is one direction taken by Bate in his exploration of medicine in the world of Shakespeare’s plays, then in another sally he takes note of the wealth of plants, herbs and flowers named in the plays, demonstrating Shakespeare’s deep engagement, as a country boy, with “the herbal economy of rural England". Among the aspects of Shakespeare’s nature that emerge most clearly from Bate’s book is his prudent business sense. Making a survey of the dramatists who were Shakespeare’s competitors, Bate shows that many of them died young and in penury. In contrast, Shakespeare not only lived frugally, he was also the first playwright of his time to become a joint stockholder in a theatre company, thereby ensuring his financial stability through a share of gate receipts, and his indispensability as the company’s in-house dramatist. Even though he never bought a house in London, he acquired and consolidated a massive property back home in Stratford, as if wishing, after his years of physical and mental roving, to retire as a big fish in a small pond. It is these homely, mundane details, as much as the evidence of his subject’s genius, that make us warm to Bate’s book, and leave us feeling on such intimate terms with Shakespeare that we too can address him, as God does in Borges’ story, as “my Shakespeare".