New Dylan and Simon albums, Ali's death and the Desert Trip concertwhy this year is resonant with the political, idealistic Sixties

On the evening of 3 June, performing at the Greek Theatre in Berkeley, California, Paul Simon paused mid-song to announce that Muhammad Ali had died. He then continued to sing the final verse of The Boxer.

Although not the original inspiration for the 1969 song, that night Ali was the heir-apparent to the lyrics that paid tribute. In 1960, the boxer, then known as Cassius Clay, had won the light heavyweight gold medal for the US at the Summer Olympics. A few years later, he had cemented his infallibility by claiming the heavyweight champion title from Sonny Liston. Through this period, the civil rights movement was gaining momentum, and Ali’s victories kept pace with the triumphs for the emancipation of his community. He gained messianic status through his allegiance to Elijah Muhammad’s Nation of Islam and the rejection of his military obligation to fight in the Vietnam War. The 1960s moulded the mythic saga of Ali, and one might say Ali realized the chimera of the counterculture while it lasted.

The Altamont Speedway festival, the Manson murders, the assassination of Robert F. Kennedy, and the election of Richard Nixon are considered tragic markers of the end of the 1960s, but Ali’s defeat by Joe Frazier in 1971 served a final blow to that decade of idealism. In his essay, “The World Of Wrestling", Roland Barthes conjectures that in the US, “wrestling represents a sort of mythological fight between Good and Evil (of a quasi-political nature, the ‘bad’ wrestler always being supposed to be a Red [Communist])". In The Fight of the Century (what Frazier and Ali’s fight was termed), there was an inversion of politics, of the values signifying the good and the bad.

When I heard of Ali’s death, my mind’s eye instantly sought the iconic black and white photograph of Ali snarling at a fallen Liston: the indomitable Ali of the 1960s’.

For the most part, any remembrance of the 1960s counterculture languishes in the remote alleyways of the popular imagination, and when its phantasmagoric perspective is accessed in art, it’s often in the service of irony. But this year is shaping up to be something of a nostalgia run of that epoch. 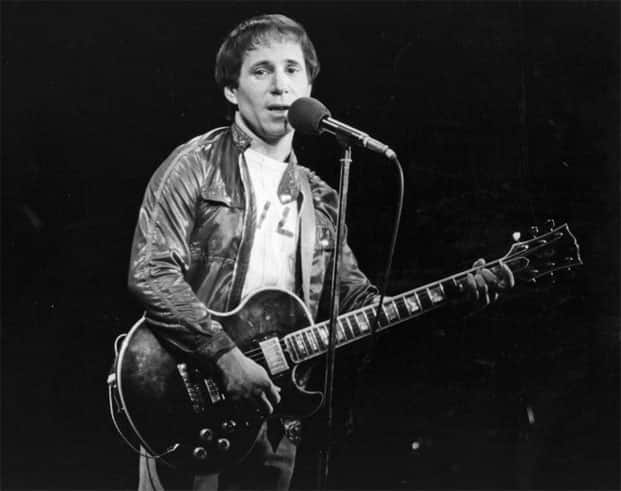 The rumours of the grand confluence of legendary rock ‘n’ roll artistes—The Rolling Stones, Bob Dylan, Paul McCartney, Neil Young, Roger Waters and The Who—that came into their own during the 1960s have finally been confirmed. The Desert Trip, which is to be held in October, should play a fine follow-up to The Grateful Dead’s massive reunion concert, Fare Thee Well, last year. Simon, Dylan, Eric Clapton and Mudcrutch (Tom Petty’s first band) recently came out with new albums, and Young’s next is scheduled for a summer release.

Emma Cline’s debut novel, The Girls: A Novel (14 June), which is fiction inspired by the Manson cult, is also an interesting addition to the literary interpretation of the time. In an otherwise favourable review of the book, The New Yorker’s James Wood is critical of the failure to vitalize the anachronistic: “It is a style supremely adept at plunging us into the helter-skelter world of 1969, but less so at justifying our belated presence, as contemporary readers, in that world." In recent times the invocation of the 1960s in art was best justified by the irreverent narratives of Paul Thomas Anderson’s 2014 film adaptation of Thomas Pynchon’s Inherent Vice (2009) and the Coen Brothers’ Inside Llewyn Davis (2013).

Simon’s latest, Stranger To Stranger (3 June), oxygenates the old. One of the notable tracks on the record is about 1950s’ baseball legend Cool Papa Bell (James Thomas). Thomas played for the Negro league, and was known for being the fastest runner in the sport. With Cool Papa Bell, Simon sings of Thomas’ unquestioning resignation to his fate—his career was over by the time the Major league was integrated. Notwithstanding all the scintillating and eclectic diversions—a nod to the 30th anniversary of Graceland (1986)—the record is of a piece with the melancholic reverie of vintage Simon. The music is most effective and honest when it conjures yearning. The live version of Duncan (1971) is in good company on the record, which also features the theme song to Louis C.K.’s brilliant Horace And Pete (a whisky-soaked preserve of nostalgia). Wristband is Simon’s assertive political stride on the album. The song is an ode to the America that made Bernie Sanders, a candidate for the Democratic presidential nomination, a legitimate force and a lament for a country where the middle class is in decline and income inequality on the rise.

In his phenomenal exposition on the rise of Donald Trump in the New York magazine, writer Andrew Sullivan draws on the wisdom of Eric Hoffer’s The True Believer (1951), to apply the seismology of revolutionary change to our times. “Mass movements, he notes (as did (Alexis de) Tocqueville centuries before him), rarely arise when oppression or misery is at its worst (say, 2009); they tend to appear when the worst is behind us but the future seems not so much better (say, 2016)."

Hoffer’s analysis could also be useful in understanding the stirrings of counterculture in middle-class America of the 1950s, emerging from the Great Depression and the Dust Bowl. When the essence of Woody Guthrie was revivified by Dylan. “Woody’s got a fierce poetic soul—the poet of hard crust sod and gumbo mud," Dylan wrote of Guthrie in his Chronicles: Volume One.

Before The Flood (1967), author and columnist Ellen Willis’ seminal piece of criticism on Dylan’s work distinguished Dylan from his idol in a way that was also deeply revealing of Dylan’s audience. During the Depression, Guthrie’s travelling was an “emotional as well as economic necessity, whose commitment to radical politics was rooted in an individualism as compulsive as Dylan’s own…For Guthrie, the road was habitat; for Dylan, metaphor." She adds that Guthrie was the victim of harsh circumstances whereas Dylan was a mere “bystander. A voluntary refugee from middle-class life, more aesthete than activist, he had less in common with the left than with the literary rebels—Blake, Whitman, Rimbaud, Crane, Ginsberg."

Dylan’s new album, Fallen Angels (20 May), is a follow-up to his 2015 tribute to Frank Sinatra, Shadows In The Night. It’s a very fine record, and Dylan covering Sinatra extensively is an unexpected treasure, but it’s telling that Dylan is furbishing gems of a very different kind of legend. 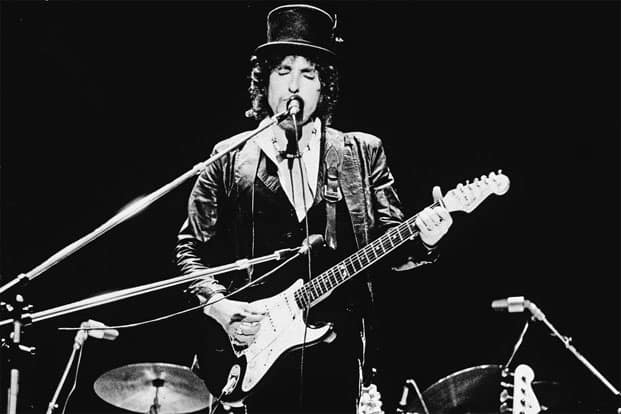 The artiste came under attack in 2014, for “selling out" by agreeing to do a rather gauche commercial for automobile manufacturer Chrysler. This accusation of Dylan “selling out" is absurd, for the artiste never really resisted the capitalist appraisal of his art. This also inspired an interesting report on the redundancy of the idea of “selling out" in the music industry that services today’s teenagers. On a slightly similar yet different note, Clapton’s latest, I Still Do, which shared the release date with Fallen Angels, is something of a solemn promise to the fan and Clapton’s idols alike, a beautifully rendered mix of originals and covers featuring his inspirations J.J. Cale, Robert Johnson and Skip James.

Palash Krishna Mehrotra, author of The Butterfly Generation: A Personal Journey Into The Passions And Follies Of India’s Technicolour Youth, believes Indian middle-class youth might benefit from some of that 1960s-styled anarchy today. “The 1960s are more relevant to us now in India than at any other time. The crazy consumerist culture of 1960s’ America is here, in every nook and cranny, in small towns and big cities. Economists talking about ‘growth stimulus’ all the time, which means that growth is only possible if there’s more consumer spending. This is exactly what those guys back then were countering. Their art and poetry and cinema came out of resisting this mainstream culture. I worry that in India, our musicians, especially, are not dissing it as much—where’s the counterculture? I mean, they are playing in expensive clubs and their gigs are sponsored by sneaker multinationals and liquor conglomerates."

The unravelling of the 1960s began from the inside, the counterculture was countered by subsets, unique parts that were seemingly subsumed by the whole. Jack Kerouac later distanced himself from the beat movement, especially after the psychedelic invasion in California; Gil Scott-Heron’s gritty message in The Revolution Will Not Be Televised undercut Timothy Leary’s call to “turn on, tune in, drop out" with his derisive spin, “plug in, turn on and cop-out". Scott-Heron was on to something, though, alert to the media domination of the counterculture that eventually led to the counterculture’s dissolution, according to Louis Menand. In his 1991 essay, “Life In The Stone Age", Menand incisively deflates the counterculture’s enigma as another quirk of capitalism. In some way, AMC’s Mad Men also drove the point home. 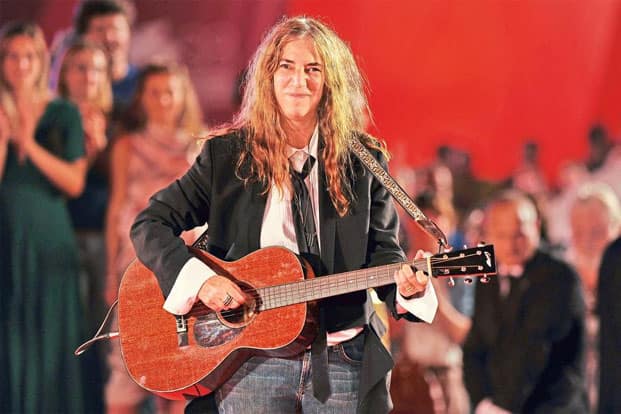 Uday Benegal, frontman of Indus Creed, believes that the era did hold great promise until its very proponents became slaves to the wage. “The effect of those times and that music is forever imprinted within me, so it will always influence me in some way or another. My inclination is to live now and look forward, but those infrequent backward glances are filled with joy, respect, and a cherishing of an incredible foundation of artistic pursuit and philosophical inquiry. But it was hard not to get cynical about a lot of it when those free-love, flower-powered hippies became suit-and-limo corporate humanoids."

I don’t want to come off as a grizzled curmudgeon bemoaning younger millennials’ cluelessness about the legends of the 1960s and 1970s. But Rolling Stone magazine’s primer on McCartney after the Kanye West collaboration was a touch devastating. The list of reasons why “every teenager should know who" McCartney is includes: “He Headlined the 2005 Super Bowl Halftime Show" and “He Appeared on the 2006 Grammys with Jay Z and Linkin Park".

In my mind, the Desert Trip is something of a last waltz with fans of an older generation. The festival is set to take place over two weekends (7-9 and 14-16 October) at the Empire Polo Club, Indio, California. The price of passes ranges from $199 (about ₹ 13,300) (single-day general admission) to $1,599 (three-day reserved grandstand seats). Oh, and as is customary, “wristband activation will be required for entrance into the venue".

I’m going to let Simon, who is not on the bill, have the final say on this:

The riots started slowly with the homeless and the lowly