A stretching studio. Guided meditation sessions. Shower suites with light therapy. They sound like the features of a New Age spa. But all are elements of Qantas Airways’ new international transit lounge at Perth Airport. And they’re all designed with one purpose in mind: helping you combat jet lag.

As farther-apart cities become increasingly connected by direct flights, more and more airlines are stocking their lounges with wellness-related features. And they’re promoting one consistent message: If it’s sleep you’re after, skip the champagne.

The Lounge of the Future

“Customers travelling on our Perth- London service are in the air for approximately 17 hours, so it was important to improve the experience not just on board, but also pre- and post-flight," says Phil Capps, Qantas’ head of customer experience. The airline’s new, purpose-built transit lounge is open only to travelers flying business class on flights between Perth and London (Qantas Gold, Platinum, and Platinum One elites on the flight can also enter). It was designed in collaboration with scientists at the University of Sydney’s Charles Perkins Centre, an interdisciplinary research institute that studies well-being and chronic conditions, many of which share the symptoms of jet lag.

Like most high-end airline lounges, it includes the requisite spa treatments and gourmet dining. More notable are the details that assist passengers with “flight recovery". An airy patio area, for instance, has ceiling shades that can be opened to let in natural light and boost passengers’ vitamin D, which promotes healthier sleep patterns.

The lounge’s 15 shower suites—essentially private bathrooms with vanities but no toilets—have special light settings on the wall. Push the one labelled “Light therapy/Body clock intervention", and the vanity mirror will glow with a bright, blue frequency of around 480 nanometres. According to Yu Sun Bin, an epidemiologist at the Charles Perkins Centre, it’s a wavelength that promotes wakefulness and alertness.

“The outbound flight leaves from Perth to London at 6pm," says Bin, “so most passengers will have body clocks that are starting to wind down for the day." The blue light, he says, can trick the body into believing that it’s earlier in the day—closer to London time. 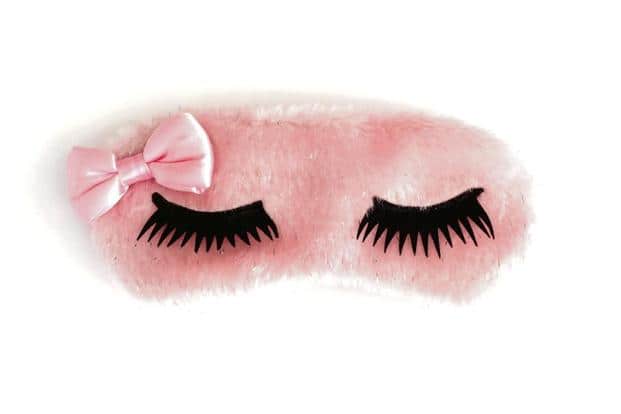 Qantas has also partnered with a Perth spa brand called Bodhi J Wellness Spa Retreats to create a studio space within the lounge where passengers can participate in 15-minute guided stretching, breathing, and meditation sessions. According to Bin, participating in light physical activity might improve passengers’ chances of sleeping on the flight, lessening their jet lag on arrival.

Delta Air Lines Inc. is one standout. At three of its US hubs—New York ‘s John F Kennedy International,  Hartsfield-Jackson Atlanta International, and Seattle-Tacoma International—the airline has partnered with Asanda Spa to offer jet-lag-busting foot and leg massages or anti-fatigue eye treatments. The spa’s signature experience, the Deepak Chopra Dream Weaver session, involves sitting in a zero-gravity chair with special glasses and headphones, for an audio-guided meditation. “Though it’s not specifically designed for jet lag, feedback from guests is that it helps relieve some of the symptoms, including poor sleep," explains Gene Frisco, managing director of Asanda Spa.

One thing most of these wellness-oriented lounges will likely share is a lighter cost sheet when it comes to food and beverage. That’s because tea, rather than champagne, is being put in the spotlight.

Air France’s flagship lounge has a detox bar, with blends by Palais des Thés and Evian water infused with raspberry and verbena. “Both the water and the teas we serve are hydrating, revitalizing, and are a rich source of antioxidants that can help minimize some of the effects of jet lag," says Anne Rigail, Air France’s executive vice-president of customer experience.

Created in partnership with Jing Teas, the Tea House is adjacent to a relaxation area with 14 semi-private daybeds and includes a sniffable library of nearly a dozen loose-leaf choices. Descriptions highlight each tea’s flavour notes and health benefits—which range from digestion support (chamomile) to energy boosts (silver needle jasmine)—and can be brewed to order by a dedicated specialist.

And there’s Qantas, with its signature “Rockpool" tisane of rosella, lemon myrtle, and orange tea. It might not have the sparkle of champagne, but it might just be the trick to surviving your next 17-hour flight.