Craft beers are the quirky indie bands of the beer world—brewed on a small scale for distinction in taste and flavour. A number of them, from Belgian Trappist varieties such as Chimay to Bavarian wheat brews, such as Schneider Weisse, have been available in India since mid-2010. 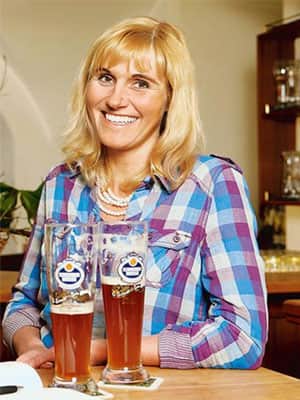 “The unique smell is a byproduct of that kind of fermentation," says Susanne Hecht, one of the world’s 50 women beer “sommeliers", or certified beer professionals, and the sales director, export, of the wheat brewery Schneider Weisse. “It distinguishes these beers from your normal lagers."

Hecht spoke to Lounge on glassware, craft beer and being discerning with your drink of choice. Edited excerpts from an interview:

How does one become a “beer sommelier"? Is there a training process? How long does it take?

It is a two-week training programme done at the “Beer School" of Doemens in Munich.

During the first week candidates learn some theory about brewing in general, about the ingredients and the brewing process. You get to know the traditional German beer styles. You taste and describe them. And you also get to know how to recognize “off-tastes"—when beer has gone bad. During the second week you get to know the major international beer styles. You learn the basics about the right glassware, service, how to pour, how to create a beer menu and pairing beer and food.

Then the group brews their own beer. Of course, like with everything, experience is the best teacher and you are constantly learning on the job.

Tell us about pairing beer with food.

The rules for beer aren’t as strict or codified like wine, but there are some general guidelines that people should follow.

You say that the traditional “beer mug" is not always the best kind of glass to drink beer from. What kind of glassware works for craft beers?

Like with fine wine, the true experience of a traditional craft beer is in the appearance, aromas, mouth-feel and taste. And the right glassware is critical in ensuring the optimal beer-drinking experience— visually, in terms of the right amount of foam, experiencing the aromas and in where the beer goes on the palate. The traditional beer mug would be used for beer festivals for the easy drinking beers that may not be as flavourful as craft beers. The glassware for craft beer should be clean and not “frosted". For more aromatic and hoppy beers, a wide-mouthed glass such as a “snifter" should be used. For wheat beers, a tall glass is used because the beer is very foamy and has a tall head. German wheat beer glasses have a heavy bottom. This is purely cultural as Bavarians like to clunk the beer glasses at the bottom when they say prost (German for “cheers"), unlike the more common clunking at the top of the glass.