Home > mint-lounge > All the Wright stuff

All the Wright stuff

All the Wright stuff

1986: Wright meets investor Jeff Braun at a pizza party. Braun is eager to invest in the computer game industry, while Wright is looking for takers for a new gaming project of his.

1989:Maxis launches the game SimCityfor personal computers and consoles. The game is critically acclaimed and a best-seller. It would go on to become one of the most popular gaming franchises of all time. 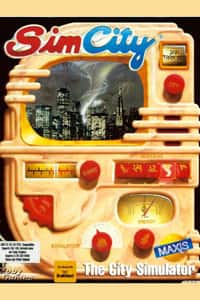 1997: After the initial success onSimCityproduct variants, Maxis is hit by a number of flops. The company is sold to gaming powerhouse Electronic Arts for $120 million (around Rs547 crore now) in stock.

2000: Now working with Electronic Arts, Wright designs and launches the life-simulation game, The Sims. The game is a smash hit and through a sequel and expansion packs, it becomes the largest selling game of all time, having sold over 50 million copies.

2005: At the Game Developers Conference in March 2005, Wright unveils his plans for the game Spore, an ambitious single-player simulation game.

2007: Wright becomes the first game designer to be inducted into the British Academy of Film and Television Arts (Bafta) Fellowship, joining Steven Spielberg, Alfred Hitchcock, Charlie Chaplin and others.

2008: One of the most anticipated computer games in history, Spore is released in September to positive reviews.