Home >mint-lounge >features >Review: The Oppo R7 Plus proves you can have it all... well, almost

Review: The Oppo R7 Plus proves you can have it all... well, almost 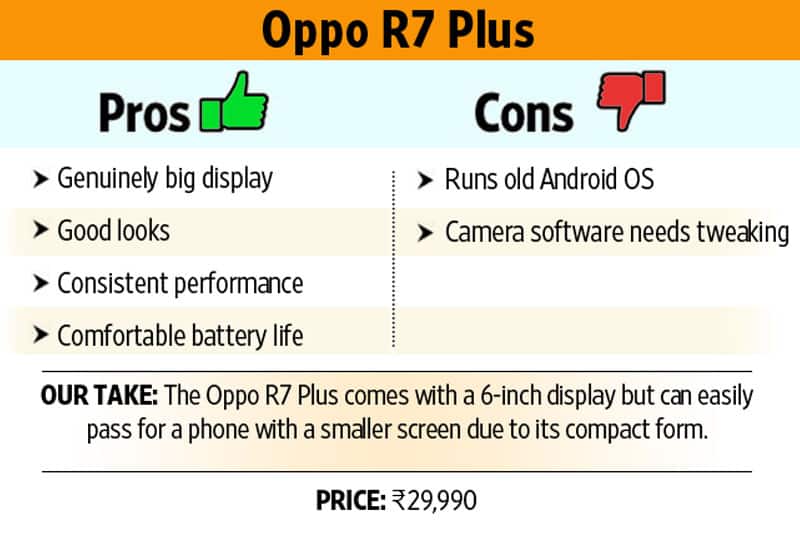 The R7 Plus has a very good design and offers consistent performance as well as battery life. 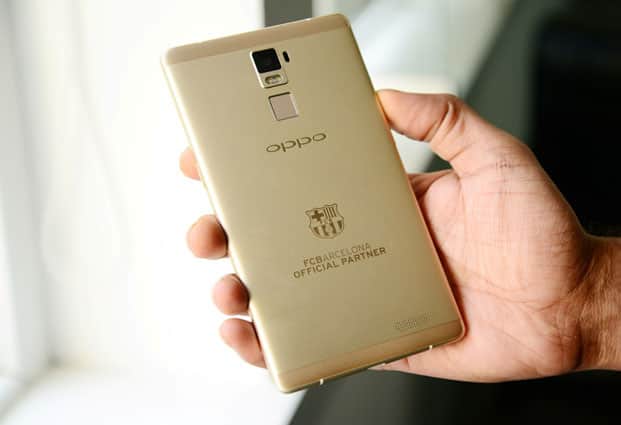 The key highlight of the R7 Plus is its big 6-inch display, which has been incorporated deftly within the phone’s metal chassis. The metal covers the entire back and side panels, giving the phone a solid feel. What’s more, it guards against scratches or smudges better than phones with a glass or plastic finish. The phone is only 7.75mm thick, so it qualifies as a sleek phone even by the standards of a 5-inch device. It weighs 192g, which is less than a few well-known 5.5-inch display phones. Though the screen is a bit wide, the phone doesn’t really feel uncomfortable to handle. The volume and screen unlock keys are placed in the middle of the side panel, so one can access them with the same hand that is holding the phone. The phone has a fingerprint scanner at the back for extra security. 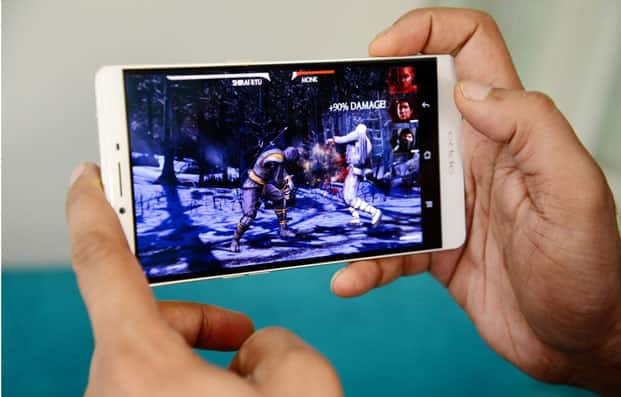 The smartphone is powered by Qualcomm’s Snapdragon 615 octa-core processor, with 3 GB RAM. The combo is powerful enough to handle most mainstream chores with ease. Switching between apps or running more than 10 apps simultaneously doesn’t slow down the phone. Graphics-intensive games such as Mortal Combat X and FIFA 16 run with ease. The only niggle that we noticed is that the phone tends to heat up a bit when you play games for a long time, and that results in a slight stutter in some frames.

There is 32 GB internal storage. This is a dual-SIM phone, and in case you aren’t using two SIM cards, the second slot can also hold a microSD card.

The R7 Plus has a big 4,100 mAh battery. But before you start dreaming of two days’ battery life on a single charge, remember that there is a big screen that is being lit up, and that does eat up a lot of the charge much quicker than usual. You can, however, clock in a day and a half with relative ease, as long as you aren’t gaming a lot.

A big screen is good, but it could have done with a higher resolution. The camera optics are quite capable, but the image-processing algorithms in some lighting scenarios need improvement.

Display: big but not the sharpest

The phone’s 6-inch AMOLED display has a screen resolution of 1,920x1,080p. It lacks the crispness of some of its big-screen rivals, but the colours look rich enough for watching movies and reading e-books. The R7 Plus does offer the option of switching to warmer colour tones and minimizing stress on the eyes caused by the blue light—useful if you read a lot on the phone. Wide viewing angles work well, but reflections are a bit of an issue, especially in sunlight or a typical office floor with many overhead lights. The R7 Plus comes with a 13-megapixel camera that works fast and comes with a number of interesting modes, such as slow shutter, audio photo and multiple filters. It can capture detail and colours well, but that is linked directly to the quality of focus. In some instances, we had to tap multiple times on the screen to get the focus lock on the object. The phone has an Ultra-HD mode that basically clicks multiple photos in quick succession and then combines them all into one 50-megapixel image. We did notice that the low-light performance is a bit inconsistent, and the post-processing software algorithm tends to brighten up images a bit too much at times, which in turns makes the photos look slightly washed out.

For a phone that you are buying in 2016, it works on a slightly older Android operating system (OS). Software: not the latest Android

The smartphone runs Android 5.1 (Lollipop), a version of the Google OS for mobile devices that is more than a year old. The latest Android 6.0 (Marshmallow) is now available even on quite a few sub- ₹ 10,000 smartphones. What the R7 Plus does offer as a value-add is the custom user interface known as Color OS. It has some nice-looking themes with certain customization options. Users can set gestures to access some apps quickly. We do hope that this phone will get the latest Android soon, but don’t bet on it because optimizing the custom interface takes much longer than usual.

The R7 Plus is one of the few 6-inch smartphones that is genuinely usable. It has the looks, too, and seems to be ticking most of the boxes on the specification sheet. As a customer, however, you may not be able to ignore the Moto X Style ( ₹ 29,999), which is slightly smaller but has a sharper 5.5-inch display (2,560x1,440p), runs on a more powerful processor, and has the latest version of Android.