These affordable and mid-range smartphones have been designed with the most comfortable user-experience in mind, and seem to have succeeded in that mission

Buying a smartphone can be tricky if you don’t know how good or bad the ergonomics are, and that is the reason most buyers still prefer to buy a phone at a brick and mortar store, instead of buying it online. The slightest of design flaws can make using a smartphone a challenge. The position of the physical keys or fingerprint sensor, the finish on the back panel, the weight and the size of the phone are some of the key elements one should keep in mind while considering the next phone purchase.

We take a look at some of the smartphones which have followed the basic principles of a good design and ultimate ease of use. 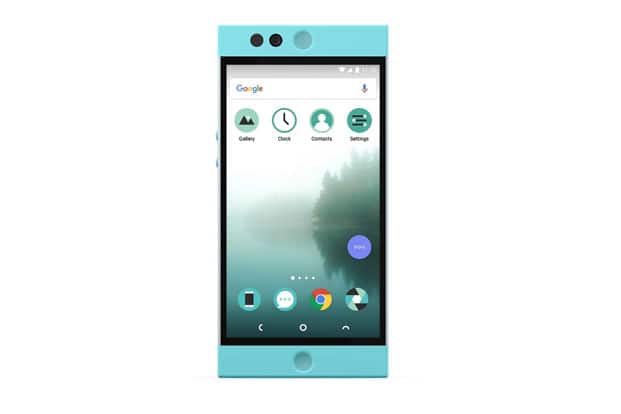 The Nexbit Robin is a unique looking phone with a funky exterior. The phone, with its slab like design, is actually very comfortable to use. The flatter sides, in fact, boosts the grip on the phone. The smartphone weighs merely 136g, which is not bad for a phone with a 5.2-inch display. Even the fingerprint sensor has been placed on the side panel on the power button, so one can unlock the phone instantly, since it falls seamlessly within the range of the fingers. The Nextbit Robin runs the fairly powerful Qualcomm Snapdragon 808 quad-core processor with 3GB RAM, offers 32GB internal storage and a unique cloud storage feature in lieu of expandable storage. The Moto G4 Plus doesn’t have the curved back design that had become a trademark feature of the Moto G smartphone series so far, and yet it scores in terms of ergonomics and handiness. The laser etched finish on the back almost feels like rubber and makes for a solid grip on the phone. Despite the big 5.5-inch full HD display, the phone weighs 155g, which is just what the previous Moto G’s weighed despite having only a 5-inch screen. The phone runs on the speedy Qualcomm Snapdragon 617 octa-core processor with 3GB RAM, uses Android Marshmallow and packs in a impressive 16-megapixel camera. The Eluga Arc’s curved back and compact form-factor makes it a perfect fit for users with small hands. The curved design is beefed up with a rugged metallic exterior which snuggles well into the palm. The phone is surprisingly tall and comparably thinner for a 4.7-inch screen phone. It tips the scales at 130g and is only 8mm thick. What makes using it more convenient is the unique 360-degree orientation which allows you to use the phone any which way you pick it up. The screen adjusts the UI accordingly. Powered by Qualcomm Snapdragon 410 quad-core processor with 2GB RAM, the phone offers 16GB storage and has a 13-megapixle camera. If you feel that a 5-inch screen is too small and 5.5-inch one too big, LG K10 with its 5.3-inch display can come in handy. The phone has a rather unique plastic back with a fabric-like finish which almost looks like nylon-etched material. With the coarse back and a form factor of 140g, this phone snuggles well into your hands. It’s 8.8mm thick. To ensure the user doesn’t have to fidget with the phone’s position to access the volume and screen lock/unlock button, LG has put the three keys on the back underneath the camera module right where the index finger rests. The device runs on a Qualcomm Snapdragon 410 quad-core processor with 2GB RAM and has a 13-megapixel camera. The Note 3 Lite, which comes with a 5-inch display, has the same pebble-like form factor as its bigger sibling, the Coolpad Note 3. However, the Note 3 Lite feels a lot better due to its compact form factor and the soft matte finish on the back. The phone weighs 142g and is 8.9mm thick. It is also the most affordable smartphone with a fingerprint sensor. It’s placed at the back right under the camera, where it’s easily accessible. The phone runs on a MediaTek MT6735 quad-core processor with 3GB RAM, supports 4G and offers 16 GB of internal storage with the option to add another 32GB via a micro SD card.