Ginoee's new smartphone comes across as very competent in isolation, but when compared to the more powerful rivals such as Lenovo and LeEco, it starts to struggle 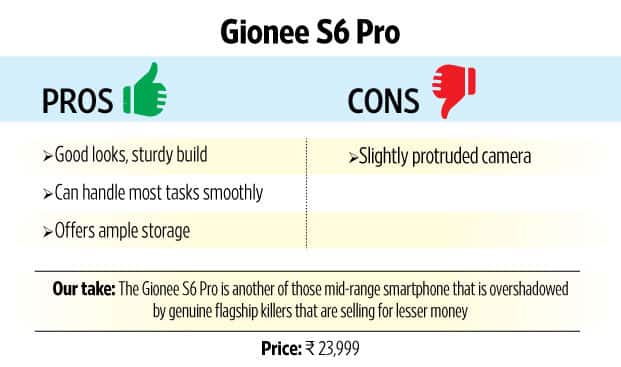 Chinese smartphone company Gionee has released another mid-range smartphone called the S6 Pro. Successor to the S6s, which was launched last month at ₹ 17,999, the new smartphone runs on a more powerful hardware and offers two times more storage as well. At ₹ 23,999, it faces competition from its Chinese counterpart LeEco LeMax 2 ( ₹ 22,999) and Lenovo Z2 Plus ( ₹ 17,999 onwards).

The S6 Pro’s metallic finish adds solidity and a dash of premiumness to it. The slightly curved back design ups the comfort factor. The chamfered edges along the spine have been covered with a paint to ensure the edges don’t feel sharp while you are holding the phone. While the phone feels handy, it is not very light. At 170g, it does feel a bit hefty.

The phone comes with a fingerprint sensor which has been integrated with the home button on the front panel. It is quite accurate and can unlock the phone almost instantly. It also serves as a shortcut button for accessing any app or feature on the phone that you may require more often than others. It works by swiping left or right on the home button. Overall, Gionee has got most things right here, except the camera module that protrudes a little.

The phone’s 5.5-inch display is about the same size as most big screen phones. It packs in a healthy resolution of 1,920x1,080p. Colours in games and videos look rich and text in web pages and ebooks look crisp. Visibility under bright light is good too. The fact that there is no option to switch between warm and cool colour options, is a bit surprising.

While the display itself doesn’t suffer from any of the foibles, it is not the best available option at this price point. The likes of LeEco LeMax 2 come with bigger 5.7-inch display and higher screen resolution of 2,560x1,440p. The difference is largely evident during movie playback and gaming.

Like all Chinese phonemakers Gionee has used its proprietary Amigo 3.2 UI on top of Android 6.0.It allows plenty of customisation options such as applying new themes which basically changes the app icons and wallpapers. It has a battery saver mode which switches on another darker interface with few features available. It can increase battery backup considerably. We noticed some interesting changes in the lockscreen. Every time you unlock the phone, the lockscreen shows a different image with a story. It works by saving a few stories while the phone is connected to internet so it can show the stories even when your phone is offline. Among the pre-loaded list of apps, we liked the video editor app which offers professional level video editing tools.

Performance: Can handle most tasks well

Driven by MediaTek’s Helio P10 MT6755 octa-core processor with 4GB RAM, the S6 Pro was able to handle most tasks and games with ease. There were no noticeable delays or heating up along the side panel or back while multi-tasking or gaming. While it is a reliable processor, it is not as powerful as the Qualcomm Snapdragon 820 based LeEco LeMax 2 or the Mi5. The S6 Pro offers 64GB of internal storage and one of its nano SIM slots can hold microSD cards of up to 128GB. Both SIM slots support 4G networks and VoLTE calling.

The phone’s 3,130mAh battery can manage almost a day’s backup on a single charge. 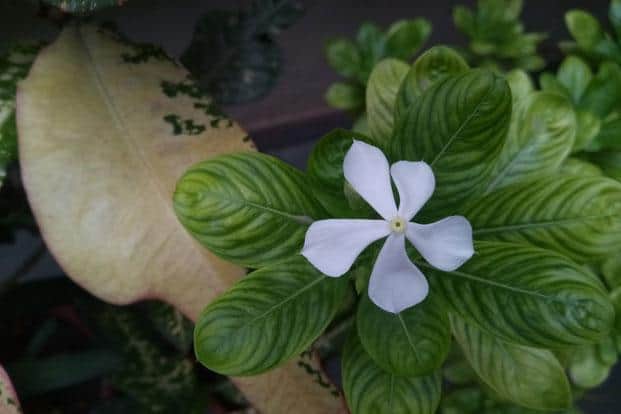 The S6 pro comes with a 13-megapixel camera. It is a dependable camera and works very well in daytime. Colours look realistic and the amount of detail it can capture in a naturally illuminated surrounding is impressive. In shots taken in wee hours of morning the detailing is poor while the picture quality in low light looks noise ridden. It has a few interesting modes such as the night mode, slow motion, time lapse, and macro mode. The night mode adds artificial light to light up darker areas. It works, but results look blurry. The phone’s highlight is the 8-megapixel front camera which can take crisp looking shots of upto five to six people.

Gionee S6 Pro is a dependable mid-range smartphone, yet pales in comparison to the LeEco LeMax 2 which comes with a bigger quad HD screen, runs a faster processor, offers fee content from YuppTV and Eros Now and delivers a much superior audio output. If you are looking for a phone with smaller screen, you can consider the Lenovo Z2 Plus, which ticks the boxes for design, display, performance and camera.