Home > mint-lounge > The elusive case of the Indian detective

The elusive case of the Indian detective

The elusive case of the Indian detective

When life is dreary, and psychic skies are grey, I tuck myself in bed with my guaranteed cure for the blues: a big bag of chips and a good murder mystery. The more genteel term for such novels is “detective fiction", designed, no doubt, to offer a fig leaf of literary respectability for over-educated people like me. But let’s get real, it’s mostly about serial killers, bloodied corpses and the eternal allure of the hunt.

Murder mysteries and romance novels are the two most popular genres in the book industry, which belches them out by the dozens every month; the two great preoccupations of humanity—love and death—packaged between the covers of a cheap pulp paperback. The two genres also share one other unfortunate similarity. They account for some of the worst writing in fiction; cardboard characters, clichéd dialogue, and hackneyed plotlines abound. 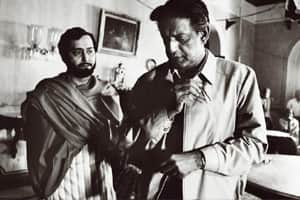 For the reader, however, the true joy of crime fiction lies in the slow unravelling of a seemingly inexplicable crime. “The word ‘clue’ derives from ‘clew’, meaning a ball of thread or yarn," explains Kate Summerscale in The Suspicions of Mr Whicher. Rooted in the Greek myth of Theseus, who finds his way out of Minotaur’s labyrinth using a ball of yarn, it came to mean “that which points the way". The clues lead the detective inexorably to the killer, restoring both social order and our sense of well-being.

Detective fiction reassures us that the post-enlightenment world we live in remains secure. Science—be it in the form of modern forensics or Holmesian deduction—will forever triumph over the violent unreason of murder. “A Victorian detective was a secular substitute for a prophet or a priest," writes Summerscale. “He turned brutal crimes—the vestiges of the beast in man—into intellectual puzzles." The modern detective is no different, affording reassurance to the 21st century reader faced with near-daily headlines of murders so senseless as to defy mere human comprehension.

We Indians love our crime novels as much as the next Englishwoman. And yet, Sandip Ray recently bemoaned the dearth of high quality Indian detective fiction, his best efforts to revive the genre foiled by the sheer lack of interest. There have been few takers for the mantle of his father, Satyajit Ray, at best a couple of fun but mostly forgettable contributions from the likes of Farrukh Dhondy.

Is it the overwhelming dominance of Western writers? Or perhaps it’s hard to imagine an Indian policeman who triumphs not only over the killer but also the incompetence and corruption around him. “It’s been a long futile search for an answer," says Ray, a mystery far too difficult for this mere columnist to solve.

Lakshmi Chaudhry is a Bangalore-based writer who co-authored Five Biggest Lies Bush Told Us About Iraq.