Home / Mint-lounge / Features /  City in a bottle
Back
Share Via

City in a bottle

I began my Carlsberg tour in a stable. It was a cloudy day in Copenhagen and the skies were threatening to explode any moment on us. Perhaps that was why our guide ushered us in rather hurriedly, leaving me wondering why she would begin the tour in a stable rather than a brewhouse. As we entered, handsome chestnut-coloured Jutland horses, which were once used to cart brewery wagons, were being led away to a carriage to take a group of tourists on a tour.

“It is not just a brewery, but a castle" said the guide. And it almost felt like one as we walked to the old brewhouse, which houses a museum. Located on Valby hill, near the city, with larger-than-life ornate gates, sculpted gardens, lighthouses, laboratories, storehouses and brewhouses, the old brewery built in 1847 by Jacob Christian Jacobsen was dedicated to his son Carl—30 years before father and son would turn competitors.

The museum was filled with stories and anecdotes about the world of beer but I was staring literally at the world of a labeorphilist. Stacked in front of me, glittering in the light, were thousands of unopened beer bottles from different countries. At last count, there were around 16,600 bottles, including those brewed by Carlsberg. It just made us more thirsty for beer.

As I downed all the history with a glass of Jacobsen Original Dark Lager, the first sip took me back to the days when Jacob introduced his magic brew to the Danes. The taste of Münchener malt is perhaps as strong as it was when he made it from the original recipe in 1854.

I had barely managed to finish my glass when we were on the move again. Our guide went about pointing out various monuments in the brewery that charged the whole place with nostalgia.

An old lighthouse, called the Lime Tower, stood out. Once part of the entrance to the old brewery, it was one of the first places in the city to get electricity.

We passed a gate with the original symbol of Old Carlsberg, a 12-pointed star, a number that Jacob felt represented the spiritual order of life. High spirits took over as we made the transition from Old to New Carlsberg.

We were now in Carl’s world. His brewhouse stood tall, with a statue of Thor on top, fighting with the giants, as in Greek mythology.

Nothing prepared me, however, for the next monument on my tour.

Standing in front of me was a large brick tower with an onion dome that seemed to touch the sky. Four life-size elephants made of granite held my gaze. I was staring at the century-old, iconic Elephant Gate, inspired by the obelisk-carrying elephant at Minerva Square in Rome, carved by Gian Lorenzo Bernini. 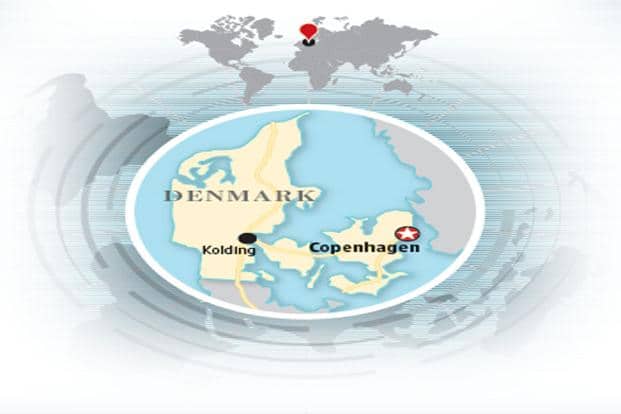 But it was a different symbol that intrigued me—the swastika. Carl believed it was a symbol of prosperity, and used it as a brewery trademark till World War II broke out.

He was so fascinated by the elephants as a symbol of stability and strength, however, that he even had his motto, “We work for our country", inscribed in Latin on a ledge near the gate. He got an artist who had never seen an elephant to create it for him.

It seems the stables once sheltered an elephant brought from Switzerland; Carl used to sponsor the few in the Copenhagen zoo. Perhaps it was this fascination for elephants that led to the creation of Carlsberg’s famous elephant beer.

Standing across the Elephant Gate is the Dipylon Gate, the original entrance to New Carlsberg. And it had Carl’s family etched on it as tile paintings. Nine figures represent him along with his wife and heir, besides the architects of the brewery, his colleagues and a worker. The gate housed two floors, filled with malt that was sent down through tubes and transported by horse carriage, and is capped by a bell tower. His father’s “Golden Words" on perfecting the art of making beer are etched on the gate as his mission statement.

As we pottered about the estate, the guide listed the Jacobsens’ contributions to Copenhagen. Indeed, their presence seems all pervasive. Castles, churches, steeples, museums, statues—everything bears their names.

As a patron of art and architecture, Carl financed the reconstruction of the steeple of St Nikolaj Church, which had burnt down in the 18th century. His personal art collection can be seen at the Ny Carlsberg Glyptotek, which included more than 10,000 works donated to the public. Carl probably inherited the love of art from his father, who financed the restoration of the Renaissance-styled Frederiksborg Castle after it was burnt down and helped set up the Museum of National History. Both father and son built gardens, statues, even fountains.

So it seemed only natural that the symbol of Copenhagen itself should owe its presence to the family.

Standing there and gazing at her, we were all wrapped in a moment of silence. The stories seemed to cease; it was time for beer. We walked towards the Jacobsen Brewery and Bar and raised a toast to the spirited Jacobsens. 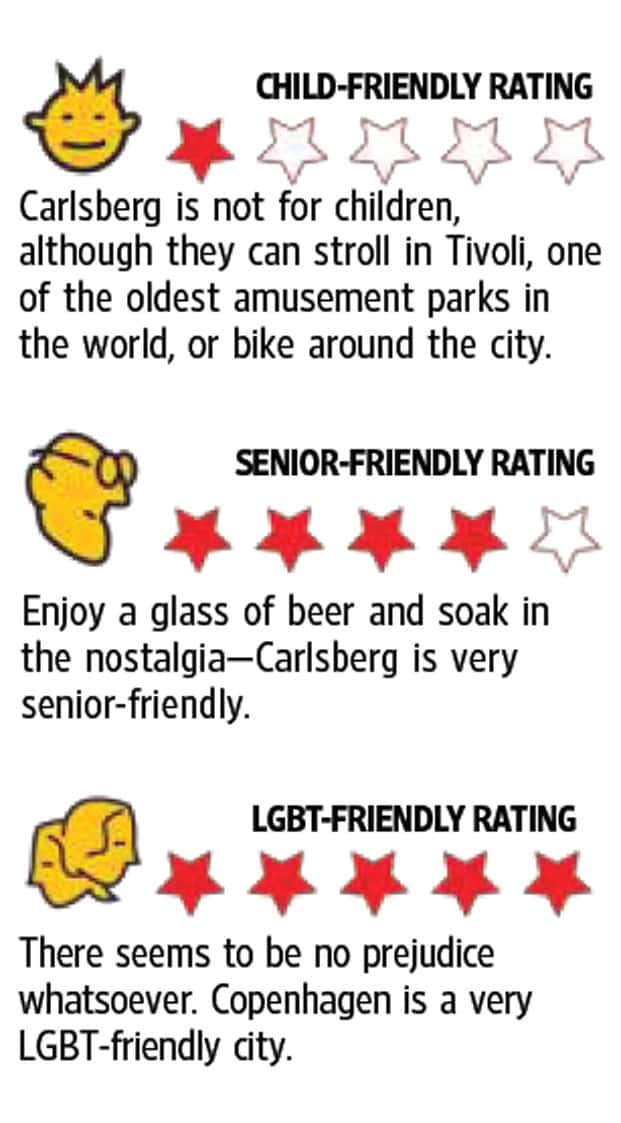 There are connecting flights to Copenhagen from Indian cities. Fly Finnair from Mumbai or Delhi to Helsinki, or fly Lufthansa to Frankfurt or Munich, and then to Copenhagen. You will need a Schengen visa.

The Copenhagen Admiral Hotel is in the city centre and most of the sights are just a short walk away. You can also try the luxurious and elegant 18th century D’Angleterre hotel.

Try Noma, the most famous of the 15 Michelin- starred restaurants in the city, or Tårnet in Christiansborg. For Danish open-sandwich (smørrebrød) or street food from trucks, try Copenhagen Street Food on PapirØen (Paper Island).