How the Lounge team is feeling this week

Lounge's take on the biggest updates of the week

One for the fans

For decades, ardent Indian cricket fans have woken up long before dawn to watch Test matches in the Australian summer, wrapped in quilts, often putting the TV on mute. All in the hope of an Indian win. And almost always, they have been disappointed. India have just seven wins in 48 Tests in Australia since 1947. Why only India? All Asian Test playing nations have won a combined 11 of 98 Tests there. Twenty-nine Asian captains toured Australia for a total of 31 Test series before Virat Kohli and his men finally won. That is why what Kohli & Co. achieved this week is much more than just a series win. It will not only instil hope in other Asian teams but, for the hopelessly optimistic fan who has witnessed the worst, it will heal old wounds. —PKS On 9 January, Parliament passed the 124th Constitution Amendment Bill, guaranteeing 10% quota in education and employment to economically weaker sections in the general category. The electoral calculations behind the move were spelled out by Union Minister Ram Vilas Paswan, who told the media that “people are happy because of the quota. If people are happy, there will be (electoral) benefit." But the bill upends the basic principle that underlines affirmative action in India. “The intent of reservations is to make people who are deprived of equal treatment by virtue of their caste more able to stand alongside those born ‘higher’," says lawyer and constitutional law expert Shreehari Aney, who argues that economic reservations violate the right to equality. “But (caste-based inequality) can’t be equated to the government’s failures in enabling the population to access economic benefits." Aney expects the move to be challenged on multiple grounds (one petition has already been filed in the SC), including that it goes against the basic structure of the Constitution. But regardless of its implementation, the BJP has opened a big can of worms. —BK Marco Pierre White, often regarded as the godfather of modern cooking is finally coming to India. A legend among chefs and one of the most admired television personalities of the culinary world, White will be in Mumbai on 19-20 January for the World On A Plate culinary festival where he will judge some of the country’s top restaurants and also curate multi-course dinners. White has won numerous accolades and broken records, starting his first restaurant at the age of 24, winning three Michelin stars at 33 and retiring from it all in his late thirties. He has trained star chefs like Gordon Ramsay and Mario Batali and even after leaving the kitchen, returned to a the world of food as a TV celebrity and a restaurateur. White captured the imagination of millions of Indian viewers with his appearance as a guest judge on three consecutive seasons of MasterChef Australia. His first-ever India trip is an opportunity for fans to interact with him and also attend a masterclass where he will cook one of his signature dishes—the wild mushroom risotto. —DK 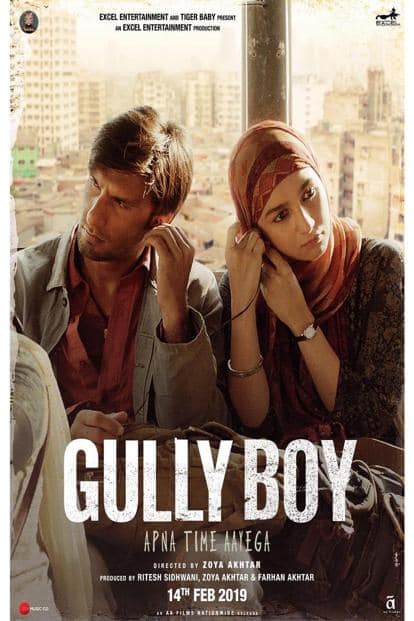 The full trailer of Gully Boy released on 9 January, a week after the teaser. It racked up a respectable 16 million views by the next morning, testament to the combined pull of Ranveer Singh and Alia Bhatt in the lead, but also the curiosity that has built up about Zoya Akhtar’s film. It begins with an aerial shot of Dharavi. We see Singh walk from a rap battle, lost for words. He’s frustrated, uninterested in studies, there’s tension at home, but he still believes “apna time aayega (my time will come)". If this sounds an awful lot like another film about a battle rapper coming up from mean streets, it probably isn’t a coincidence. The 2002 Eminem-starrer 8 Mile might well be an inspiration, but Gully Boy has a distinctive look and sound rooted in Mumbai hip hop (two new tracks by Divine: Azadi and Apna Time Aayega, are debuted here). The trailer is Singh-focused but the best lines are taken by Bhatt, who seems to be playing a medical student. Audiences at the Berlin Film Festival (7-17 February) will get the first look at the film, which releases in India on 14 February. —UB