Ever so often, Nidhi Garima Goyal’s parents will meet someone who says, “Oh, your daughter is blind? I know this boy who’s also blind. Let’s get them married!" The couple, always supportive of their visually impaired daughter, a writer and researcher in Mumbai, ignore this, Goyal says. Someone who says she’s never seen herself as “less than anyone else", Goyal does not typically let these things matter.

But she finds herself analysing social expectations like these more often these days. Goyal is one of the main writers and interviewers who’ve put together Sexuality and Disability (Sexualityanddisability.org), a new resource for and about women with disabilities which discusses relationships, dating, sex and sexuality. “I was already kind of 90% there, as an individual, because I’ve always had confidence and my family’s always been supportive," she says. “But I’ve started to analyse how this stuff works across communities in India." 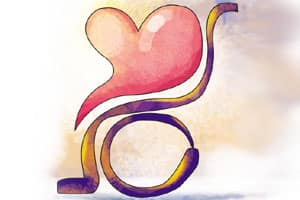 “I simply wasn’t seen as a ‘prospect’," she says. “The idea was always, ‘this girl is safe’. He’s never going to go out with her. They’re never going to date."

Sexuality and Disability is a collaboration between Point of View, a Mumbai-based non-profit organisation that works with representations of women in art, culture and the media, and Crea, a feminist human rights organization based in Delhi. “As you can see, the domain name was readily available," says Bishakha Datta of Point of View wryly.

Datta and her team began to work on the site last September, after she and her colleagues realized how little there was, online or offline, that spoke directly to women with disabilities about sex and sexuality-related issues. A 2007 World Bank report states that the number of people with disabilities in India could range between 40-90 million; as women typically account for half or slightly more than half of disabled populations worldwide, by the most conservative estimate, Indian women with disabilities are likely to number at least 20 million.

In the mainstream, both these categories of experience generally exist in separate spheres. Disability rights activism doesn’t often focus on gender-specific needs. Talk about sexuality, straight or queer, is almost always about people who are not disabled. Online, sites offer advice for things like wheelchair sex and stimulation that doesn’t begin and end with heterosexual, penetrative intercourse. Plenty of bloggers with disabilities write about dating, sex and relationships. These communities are a vibrant global resource, but they can be scattered, and are often about particular kinds of disability, or particular sexualities.

“The tale you find activists in this area telling, whether they are in India, UK, US or Nigeria, is that many in the disability movement have regarded sexuality as an irrelevant issue," says Janet Price, UK-based disability rights activist and consultant on the Sexuality and Disability project. “The argument goes that it is important to address practical issues regarding jobs, income, housing and other such concerns first."

Once they decided to make it their focus, the Sexuality and Disability team found themselves working with other organizations, counsellors and activists like Price (who was diagnosed with multiple sclerosis in the 1990s) to develop something that would cover disabilities across the spectrum, talk directly to women with disabilities rather than their caregivers or allies, and find common ground on which they could talk about sex and related issues.

“Emotional issues are difficult to bifurcate," says Jyotti Savla, a clinical psychologist whom Goyal interviewed for the website. “It’s easy to see someone with a certain physical attribute and think of them as ‘handicapped’, but certain human behaviours are common to all of us."

In spite of Savla’s point of view, mental illness and psychosocial or intellectual/cognitive disabilities are often particularly pathologized when it comes to sexuality. “When you’re diagnosed with a mental illness, everything you say or do or think becomes a symptom," says Reshma Valliappan. “As far as sex is concerned, if you’re an Indian or Asian woman, you’re going to be suppressed, even if you’re a straight woman with a disability."

Valliappan, a queer woman with schizophrenia, paints, writes, and is a shadow report-writer for the United Nations Convention on the Rights of Persons with Disabilities. She runs the Red Door project online, a site that aims to be “a doorway into a space that explores the idea that every human being is normal, or conversely, every human being is mad in their own unique way".

“I live without medication and psychiatrists don’t like it," she laughs. Among other things, psychiatric drugs can complicate sex and sexuality related-issues, she points out: Many of them come with side effects that can affect sexual function and desire.

“You’re caught in the four-wall problem," she says. “Whether you’re in an institution, at home, in a support group—but if you don’t get out, you don’t know what you are."

Over the last four or five years, Price says, things have begun to change. “WHO (World Health Organization) has produced a guidance note on approaches to planning sexual and reproductive healthcare for people with disabilities, and they have begun to undertake slightly more extended research globally around the issues. But even then, the understanding of ‘sexual’ is largely limited to the aspects of human behaviour linked to reproduction, and to the negative such as sexual violence, with almost no attention paid to sexual desire, pleasure and identity."

The starting points of many of those conversations are covered on the Sexuality and Disability website. Notably, in an area where most material, whether personal narratives, academic research or practical advice, comes from Western sources and primarily addresses Western needs. Sexuality and Disability comes from what Price calls “the majority world, that is, not in Europe, the US, etc."

“Many of the issues or many of the questions that are asked on the website are questions that a lot of women may ask, regardless of whether they have a disability or not," Datta says. The site features questions like: “I am in love with a non-disabled person. Can this work out?" but also things like “All my friends say that having a relationship is the most important thing in life. Is this true?"