Erica Di Giovancarlo returned to the Taj as soon as she could. “I went back exactly to where I was at the Souk. I saw the fire exit from where we escaped. Not to live it again but just to reassure myself that everything was in order. That life goes on."

Like most of us, 44-year-old Di Giovancarlo grew up thinking nothing bad would ever happen to her—2008 changed that. Most victims will tell you that 26/11 was the worst night of their lives. But 2008 was also the year Di Giovancarlo discovered she had cancer. She went back to Italy in April, believing she would not return to India. Miraculously, the treatment worked, and by the end of August, the Italian trade commissioner was back at work in Mumbai. “I was so happy to start again," she says. 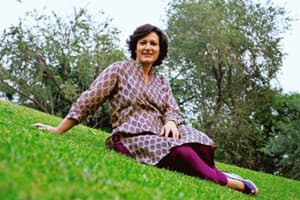 I love Mumbai: Erica Di Giovancarlo stayed at The Trident when she arrived in India in 2007. Sudhanshu Malhotra

That night in November, she was out with a girlfriend. At 9.30pm they were in the Taj lobby debating which restaurant they should pick—Wasabi or Souk? Di Giovancarlo picked Souk, probably because it was quieter and the friends were in a mood to talk. Dinner was relaxed and uneventful aside from the fact that the visiting South African cricket team had also opted for Souk. At 11pm, a friend who used to live in Mumbai called from Italy:

“In Bombay, what’s the problem?"

After that, the hurly-burly began. The cricketers’ bodyguards took charge. They explained what was happening and swiftly moved the diners to another room. “Be quiet," they said, “This is the safest part of the hotel." Like all the other guests trapped in different parts of Mumbai’s most beautiful playground, they switched off the lights, crouched on the floor and listened quietly to the blast-tremble soundtrack of the attack on south Mumbai.

After a few hours, the bodyguards decided it was time to try and escape. So everyone slipped off their shoes, organized themselves in small groups, silently walked down 20 floors towards the mayhem, and finally ran out from the back entrance. “The city was a ghost town. I had never seen Bombay like this," she says. She went straight to her Altamount Road home and took a shower “immediately, as if I had to wash the experience off me". She watched television. And at 6am, she tried to sleep. She spent Thursday, Friday and Saturday at home, confused and shocked, fielding phone calls. “On Sunday I realized what I had risked. I cried a lot. It felt good to release the emotions." By Monday she was back at her Nariman Point office, barely holding herself together. It was a relief to go home to Rome for Christmas. There, a therapist aided the recovery process.

When she returned in January, she was happy to be back in Mumbai, and sad that she would be moving to Delhi in February. She lived it up that last month in the big city. “I went back to the Taj, went out a lot, attended lots of events," says Di Giovancarlo whose favourite Mumbai haunts included Shiro, Salt Water Grill, Marine Drive, the Trident hotel, Breach Candy club and, of course, all the Italian restaurants in the city.

When we meet in Delhi, amid the sprawling green of the Italian embassy, she says that sometimes she still thinks about that day. That there are reminders everywhere—in the destination shows on the Travel & Living channel; in the books about 26/11; and in the still work-in-progress Trident hotel just a few minutes from her Mumbai office.

Yet Di Giovancarlo says she no longer feels anxiety and fear. And she actually has that other-worldy glow of people who never get fazed by life’s multiple small- and medium-sized irritants. “I was happy when we entered 2009," she says. Delhi has been a good change, a place that doesn’t remind her of 2008, but she would still trade the Capital’s whale-sized green lungs for a daily dose of the Arabian Sea. Mumbai, for Di Giovancarlo, is that rare big city where it’s possible to have small town relationships.

“I thought maybe this event would leave a bad memory, but every time I go back I think it was a mistake," she says. “It doesn’t suit the character of the city, it should not have happened."

And because it did happen, her approach to life changed. “Twice I had to face a tremendously challenging situation in 2008 and so, when people ask me about my plans for the next 10 years I say I have no plans."

“I’m not thinking long-term. Anything can happen," she adds.