The author on why climate change, which threatens our very existence, has not entered our everyday lexicon, stories and politics

“Where were you when the Larsen B ice shelf broke up?" I don’t remember. Chances are very few of us do. And where were you when 9/11 happened? Chances are all of us remember. And yet, these two incidents, barely a few months apart, signify similar unimaginable violence that has been created by us, by our histories. Then why is it that climate change, one of the most potent, confounding problems that we as a species have ever faced, casts no shadow on our imaginations?

With surgical accuracy, Amitav Ghosh disentangles the knots of the “wicked problem" that is climate change in The Great Derangement: Climate Change And The Unthinkable. A problem that, escalating terrifyingly, threatens our whole existence and yet has not entered our everyday lexicon, our stories and our politics. Ghosh puts the finger on an ache I have personally felt: “Will our future generations, standing in a rising pool of swirling waters, not beseech us with this question—‘Why didn’t you do something?’" And what will that say of us?

Ghosh, in his stupendous return to non-fiction, answers it eloquently: “In a substantially altered world, when sea-level rise has swallowed the Sundarbans and made cities uninhabitable, when readers and museum-goers turn to the art and literature of our time, will they not look, first and more urgently, for traces and portents of the altered world of their inheritance? And when they fail to find them, what would they conclude? That ours was a time when most forms of art and literature were drawn into the modes of concealment that prevented people from recognizing the realities of their plight? Quite possibly then, this era, which so congratulates itself on its self-awareness, will come to be known as the time of the Great Derangement." The portents of this disaster of our own making have, however, been there for a long time. Messengers of science have been breathlessly rushing back from the edges of our planet to report to the rulers of a looming catastrophe. From the top of Mauna Loa, a volcano on the island of Hawaii, an atmospheric research lab has been faithfully pinging out Earth’s carbon-dioxide (CO2) concentration levels from the 1950s. Mauna Loa’s measurements built the Keeling Curve, a rising graph of CO2 concentration that rears like a snake’s head. In 2013, we passed the 400 parts per million marker. Where were you then? (You will find the current CO2 level at www.co2.earth).

Such a prediction should have terrified us, but there is no evidence of this in our stories. One of Ghosh’s theories deals deftly with why that might be. Why does the literary craft of our times ignore climate change? Ghosh ties the nature of the 18th century science to the manner in which fiction evolved, from “narrative turns" on events of “unrepeatable uniqueness", to the “gradualist approach that privileges slow processes that unfold over time at even predictable rates" or, to put it simply—“nature does not make leaps". The modern novel imitated this change. Earthquakes, floods, typhoons, disasters, prodigious events as elements of literature, came to be looked upon as supernatural, out of this world and, therefore, “un-modern". An increasing emphasis, in the literary movements of the 20th century, “was laid on style and ‘observation’, whether it be of everyday details, traits of character, or nuances of emotion"—of mundane life. You don’t have to look far to find this dominant feature in popular writing today, in the detailed portrayals of personal life, in chronicles of the self.

For centuries, mankind has played with nature, bounced it like a ball, oblivious to the fact that one day playtime would end and the ball could morph into a beast mid-air. Ghosh cannot shake off the uncanny feeling that global warming has been toying with us because after the three post-war decades (1950s onwards), when CO2 emissions grew sharply, global temperatures stabilized.

In climate change’s manifestations, we are not, and will never be, alone. And yet, just at a time when mankind needs to act as an indivisible force, we find ourselves in thrall “of a dominant culture in which the idea of the collective has been exiled from politics, economics and literature alike". At a time when “men in the aggregate" should be representing our cultural and fictional imaginations, our stories and cultures have come to “become ever more radically centered" on what American novelist John Updike called the “individual moral adventure".

Probably the biggest impediment to our acting as a collective is our gradual isolation. For ease and efficiency of planning, we have zoomed in more and more on our planet and divided it into discrete packages—of nation states, of cities, of clusters of forests, designated protected areas. We have divided our rivers into sections of dams, our towns into gated communities. Not only have we transformed elements from under the ground into electronics in our hands, such is our confidence in “managing" Earth’s resources that we think nothing of moving the course of rivers. 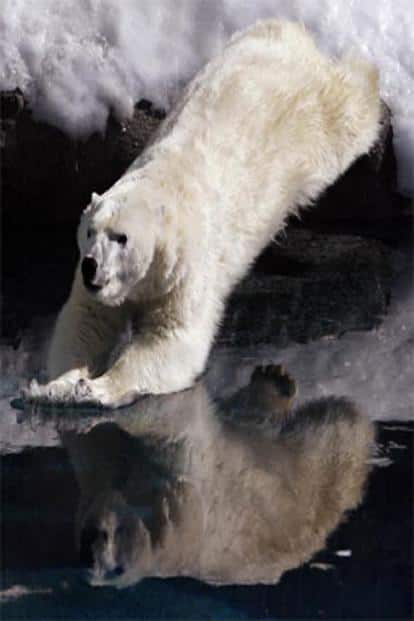 Capitalism is mainly to blame for this age of the Anthropocene. But this is where Ghosh adds that it is also about colonization and its politics, and explains why Asia is and will continue to be at the centre of this debate—and not just because of its vulnerabilities. His hypothesis explains how imperial forces thwarted emerging fossil-fuel economies because the coal economy depended on not being imitated. The process of decolonization, therefore, meant that the erstwhile colonies followed in exactly the same steps of “development". “The period of the Great Acceleration (Keeling Curve) is precisely the period of great decolonization in countries that had been dominated by European Imperial powers," says historian Dipesh Chakrabarty.

If this is the case, Ghosh asks, then did imperialism actually delay the climate change crisis? The uncomfortable answer is, probably yes. Every December, at the annual climate change conference, heads of state come bearing the same arguments and stand at a position they have marked out for themselves the year before—a clear line between the global North and South. “Common but differentiated responsibilities (CBDR)", conference jargon that means developed countries need to carry a larger burden than those still blossoming into fully fossil-fuel economies, is then tied to colonial history, posing, therefore, an unshakeable ethical dilemma.

And this is how we are trapped deeper into our Age of Derangement, where every family in the world is racing towards an equal level of consumption.

It is Asia, then, “that has torn the mask from the phantom that lured it onto the stage of the Great Derangement, but only to recoil in horror at its own handiwork; its shock is such that it dare not even name what it has beheld—for having entered this stage, it is trapped, like everyone else. All it can say to the chorus that is waiting to receive it is ‘But you promised…and we believed you!’"

Ghosh charts our progress, our cultures, history, politics, and its environmental fallout, as delicately and firmly as a Buddhist monk resolutely scattering coloured sand to create a mandala. Pixel by pixel, in distant corners of a canvas, he builds his arguments. Through the three sections of The Great Derangement, he carves a picture out of seemingly disparate global and local events and trends.

And when you step back, slowly, inch by inch, a grander story is revealed—our story. We get to see a picture so grotesque and distorted that it is impossible to look away. And we look on, transfixed by a singular conclusion—climate change is on us.

Early on in the book, Ghosh imagines Mumbai under an exceptional natural disaster, the kind the city hasn’t seen because of the tame nature of the Arabian Sea. Though the chances are slim, we are living on a planet that is increasingly unfamiliar to us. He builds a scenario in which a freakish cyclone runs into Mumbai from the south, in which the “hills and promontories of South Mumbai would once again become islands, rising out of a wildly agitated expanse of water".