Jessie Paul, the managing director of Paul Writer, a marketing advisory firm, and the author of No Money Marketing, went on holiday to Iceland in November 2009—a trip she calls a mix of going off the beaten path and “economic disaster" tourism. Edited excerpts from an interview:

What made you choose Iceland? 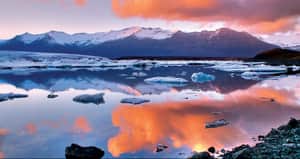 When did you visit? Were there any problems with either the weather or volcanoes?

We went in November 2009, long before Eyjafjallajökull erupted. We chose this month because you have an opportunity to see the Aurora Borealis. It’s also just before the winter sets in. While for us it was pretty cold (around 10 degrees Celsius), the Icelanders were still enjoying the last of their summer! We needed snow-proof gear only for the glacier trip.

How was the food experience?

Reykjavik has many good restaurants at different price points. The local specialities like puffin, shark, whale and ram’s testicles are for the adventurous. Given the terrain they haven’t really had the chance to come up with a local haute cuisine, but there are good restaurants offering standard European food. There are also fast food chains, and an Indian restaurant. The one local food that I fell in love with and haven’t seen anywhere else is Skyr, a kind of creamy curd that is served as dessert. It dates back to Viking times and is one of the world’s oldest continuously eaten foods. It isn’t available in India, even in gourmet stores.

While fruits and vegetables were a challenge earlier, they have used their geothermal resources to create greenhouses and are now Europe’s largest producer of bananas!

What did you do or see that’s particularly memorable?

Going on a night drive where the bus-driver “chases" the Aurora Borealis. We managed to see the lights twice in a night. It was so cold I was tempted to look at it only from the warmth of the bus. But I was hustled out and it was a unique experience to be in the dark in a barren landscape with just the Northern Lights overhead and a thundering waterfall nearby.

Seeing the original Geysir—the word geyser is derived from this—was awesome. The high point for me was walking on a glacier. You’re given the basic equipment and some training tips and you’re off. It wasn’t very difficult, but it was a unique experience.

Did you have any surprises?

Right from the time we boarded Icelandair. Most European flights are absolutely silent, but this one was as raucous as a school bus. Everybody seemed to know each other, and given a total population of just 300,000 I guess that is very possible. We went on a group tour and were surprised that the first stop was a geothermal plant. The smoke rising from the ground was very picturesque and enjoyable, but the compulsory presentation on Iceland’s energy resources wasn’t (this was a rest stop, but the bathrooms could be accessed only after you finished the presentation).

Did you experience any cultural gap?

No. One interesting cultural difference is that in Iceland nobody seems to draw their living room curtains at night so you can look straight in. Since Christmas was coming they had all done up elaborate displays in their front windows. It was very pretty driving in Reykjavik with all the lights twinkling.

Was there anything that makes you want to return?

Yes, I’d like to go back to experience the “midnight sun" and do a drive around the island. And, of course, for another bowl of Skyr.