Price point every one

Price point every one

Amrit N. Shetty, 31, writes about what he knows. Since he is an information technology (IT) professional, his book, Love over Coffee, is a story set in the sometimes murky world of a software factory. And that has helped it find an unlikely readership. Young IT professionals across the country, a large chunk of whom do not include reading fiction in their list of hobbies, are devouring the book, trying to find themselves in it, comparing work schedules and evil bosses.

Listen to a podcast where Sanjukta Sharma reviews Raajneeti; Sidin Vadukut talks about the formula for writing mass market fiction.

Novelists such as Shetty, who are young, employed in non-writing professions and are authoring immensely readable stories of everyday, urban India, have transformed the publishing and book-selling world in the last couple of years. Six years after Chetan Bhagat burst in to the scene with Five Point Someone, fiction set in urban India and written for a mass readership is propelling profits for the book market like never before. Bhagat was still a novelty two years ago; now, he has serious competition. “Of our total sales, Indian fiction accounts for about 7% now. It used to be 3% about two years ago. But the more important aspect of this is that books like these have helped bring in an entirely new kind of customer into book stores—the 15- to 25-year-olds," says Sivaraman Balakrishnan,marketing manager, Crossword. 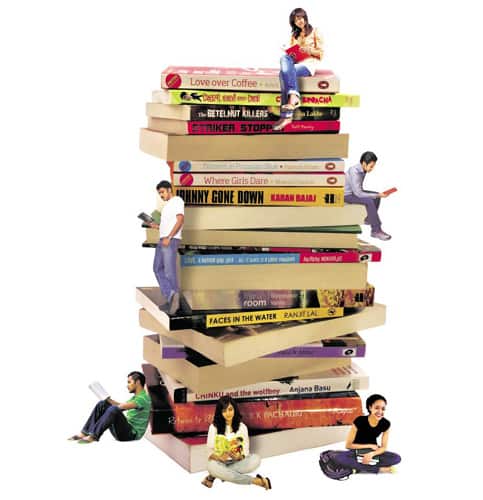 Mass-market fiction, as the category is referred to in the industry, has been in India for two decades now. “We have done these books since the early 1990s when we published Shobhaa De. But they didn’t have much visibility and tended to get lost," says Ravi Singh, publisher and editor-in-chief, Penguin India. Then in 2004, Bhagat’s first book Five Point Someone hit the market. Written in an easy-to-read style, about life in an Indian Institute of Technology (IIT) campus, and priced at Rs95, the book flew off the shelves and Bhagat became a legitimate phenomenon in Indian publishing. A success story finds a million imitators and soon book stores were flooded with alumni fiction.

Kapish Mehra, director, Rupa & Co., who published Five Point Someone, says Bhagat’s book filled a gaping hole in Indian publishing. “I spent some time trying to understand the profiles of these readers who are between 20 and 40 years of age. What is the kind of writing they like, what is the time they like to spend reading? The answers pointed to the fact that there are readers who want to read books in the language they speak and the language they understand. I did not expect this level of success from Chetan Bhagat’s book. But I did know that there was a requirement of that kind of content," he says.

Today, every large publishing house in India is focusing on mass-market fiction. Penguin India started its new imprint, Metro Reads, which will only publish mass-market fiction. Hachette India has seven titles this year. HarperCollins has just published Johnny Gone Down, a slick page-turner that jumps from Delhi to Boston, Cambodia, Brazil and back, and has priced it at Rs99. The book has an initial print run of 50,000 copies and stacks of it can be spotted in mass retail chains that sell consumer durables, not books. Mumbai’s Star Bazaar has about 200 copies of the book on a stand next to its magazine rack.

Create a likeable central character, put him in an everyday situation—a college campus, an office, a coffee shop—give him some interesting conflicts, some slightly predictable plot twists and usually a happily ever after. Package well and sell for less than Rs200. Of course, you can make any of these factors more interesting. Life in the army, instead of an office, for example (Where Girls Dare and She’s a Jolly Good Fellow). Move the campus to the US, instead of a written-out IIT (Johnny Gone Down), bring together a Gujarati housewife and a Mumbai don in Portland, Oregon (The Betelnut Killers).

“Of course, there is a formula, and the plotting has to stay within it, but at the same time, with every book, it has to move slightly forward. It has to be a page-turner and you cannot bog it down with long descriptions. There was a time when everything was alumni fiction, but there is a certain weariness to it now. Johnny Gone Down is a completely different take on the same formula," says V.K. Karthika, chief editor and publisher, HarperCollins India. 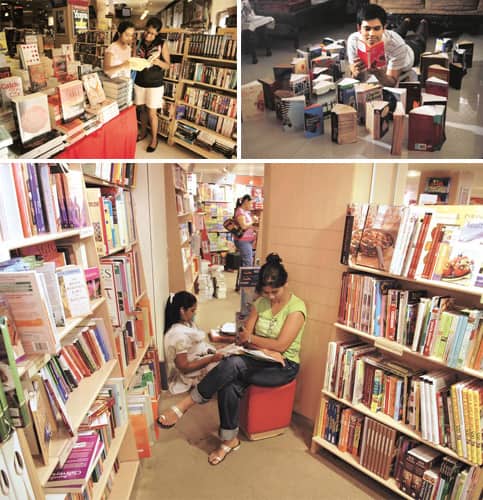 While most stories and writers are from urban India, this too is changing. The Chetan Bhagat phenomenon is certainly a pan-India one. His books have been translated into several Indian languages and though they don’t sell millions of copies, they have found a small niche in regional markets. Prabhat Prakashan, the publisher of Five Point Someone and One Night @ the Call Centre in Hindi, has sold about 40,000 copies of each in seven north Indian states. “At the Lucknow book fair, this 18-year-old boy came and asked for a set of Bhagat’s Hindi translations. I asked him why he wanted them since he was carrying a copy in English. He said his English wasn’t good, so he planned to read the Hindi books at home and carry the English one to college to create an ‘impression’," recounts Piyush Kumar, director, Prabhat Prakashan. But the market for translated mass-market fiction is limited, as Hindi already has such a vibrant collection of original writing. “Bhagat sells because he is a brand," he adds.

While content is important, an “exciting price" is the key to the success of this genre. There are three price points—Rs99, Rs149 and Rs199. Book stores have had to rethink their display; these books are now placed at the check-out counters and pegged as impulse buys. “These books are perfectly priced under Rs200, so that the young people who tend to buy them don’t have to think too much about making a purchase. It has to sit well within their pocket money. Price is the most crucial aspect to selling in this category," says Bernard Shah, merchandising manager, Oxford Bookstores. Pricing is decided by the publishers; retailers earn a fixed percentage as margins, so the increased volume and traffic is great for their business.

These books also trigger a virtuous economic cycle for themselves. Because they are cheap, they sell in larger quantities. This gets them into best-seller lists. Once they are on this list, they get more visibility in the media and in book stores, and that helps sell an even larger number. India Today’s monthly compilation of best-seller lists itself is evidence of this. In April 2009, it had two books of mass-market fiction (Chetan Bhagat’s The 3 Mistakes of my Life and Of Course I love you...! Till I find someone better... by Durjoy Datta and Maanvi Ahuja). This April, the Top 10 list has five books of Indian mass-market fiction, with intriguing titles such as 2 States: The Story of My Marriage, Dork: The Incredible Adventures of Robin ‘Einstein’ Varghese, Devil in Pinstripes and Delhi Durbar.

The target group, typically 14- to 25-year-olds, is almost entirely a new category of customers for book stores. “The group that was missing in our stores—the college-going crowd—has discovered book stores now. I had two kinds of customers—children up to 14 years and then adults, 25-year-plus readers. This group, in between, was one that never walked in to book stores earlier. They have limited spending power, they don’t want to read heavy fiction and they don’t want to pay Rs350 to buy a book. This has clearly worked for them," Balakrishnan says. The fact that a vibrant and visible young adult category is missing in most Indian book stores adds to sales in mass market fiction.

Though Bhagat is still the king of the genre with his latest 2 States being the single largest title sold in most book stores last year, most new mass-market fiction is written by first-time authors. So they write about what they know. But the quality of writing in the manuscripts that publishers receive is far superior to what it used to be. “In the past, there was this strange notion that a popular book need not be a well-written book. That has changed now," says Singh. Literary fiction readers be warned, though—most mass-market fiction leaves you questioning the author’s sanity.

Writing is not the primary profession for most of these writers. This is just something they enjoy and do on the side. Which works just as well, there’s not much money to be made from it. “Though I have written since I was a child, in 2005 I started a blog. And I got a lot of positive feedback about my writing. The important thing was this was not coming from family and friends, but from strangers. So that was hugely encouraging," says Shetty. Though he had written three books before Love over Coffee, he did not consider publishing them. When the fourth was done, he sent the manuscript to a friend in the US whose wife worked in publishing, and her feedback encouraged him to seek a publisher. Within three months of him submitting his manuscript, Penguin called back with a deal.

Love over Coffee, according to Crossword Bookstore’s data, is the best-selling of the three Metro Reads titles. Despite this, Shetty is not planning to quit his job and become a full-time writer. And surprisingly, it’s not his dream either. “Eventually, I would like to start a school and teach. Writing will always be on the side," he says.

The logical step forward is to assume that mass-market fiction will continue to hook young Indian readers and that would be the trigger for an explosion of literary fiction in India. That a 22-year-old would read Five Point Someone and then move on to The Catcher in the Rye. But that’s not happening, at least not yet. With the success of 3 Idiots and Bollywood film-makers’ interest in a good script born out of a popular book, what the young Indian is saying is, “I’ve read the book, now show me the movie."