Best apps and games of February 2016, so far

Bored of the same apps on your phone? Time to download some new games, support innovation projects, find info on medical conditions and even buy groceries through the smartphone

The first half of February saw some interesting iOS and Android apps becoming available. Popular action game Grand Theft Auto 3: Liberty City Stories and an endless runner game Alto’s Adventure were two of the high-profile games launched on Android this month. Other new apps include the official Kickstarter app, where users can check out new projects and support them and also, Amazon’s instant home delivery service for groceries. 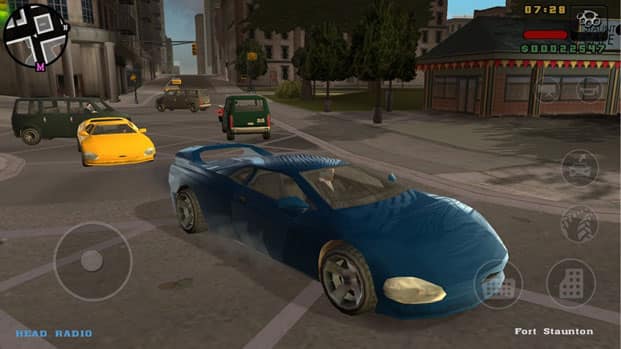 The mobile iteration of GTA 3 Liberty City game for PCs, is known as the Liberty City Stories on Android. The missions are shorter than the PC version but game allows a smooth freestyle 360-degree gameplay too. Some elements of the PC game like the ability to swim and climb have been left out to keep the controls simpler. The game is set in the Liberty City and has similar ambience, cars and the overall in-game environment. What makes it interesting that it is the most affordable of all other games in the GTA series available on mobile devices. The biggest downside, it takes up 2GB of storage after installation. This is an endless runner game designed on the lines of the popular parkour inspired action game Vector. It has a similar side-angle third person view and is divided into short objective based gameplay rather than engaging users to another endless runner which begins to feel boring after a while. The game is set in beautiful Alpine hills, where a farmer named Alto is trying to rescue llamas (a camel like animal). While Alto will slide through the mountain slope automatically, your job is to help him avoid obstruction, blizzards and get the maximum elevation when it comes to jumping from one hill to another. Controls are simple and touch based. You can see the score (number of Llamas saved) on the left side of the screen. The game is unique and adds a breath of freshness to the genre. 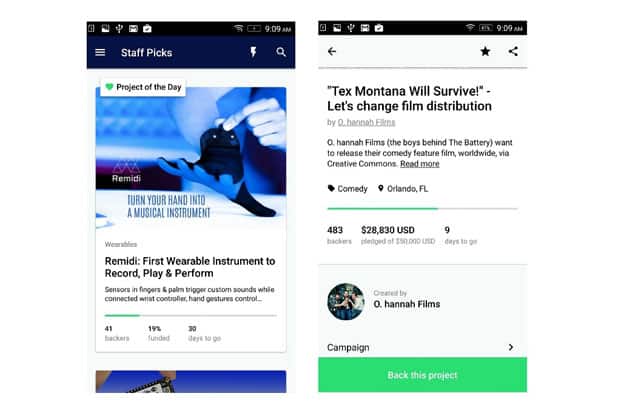 Kickstarter app belongs to the global crowd-funding community, Kickstarter. The community identifies, promotes and then allows start-ups to crowd-finance projects which are eventually rolled out in the market. The Pebble smartwatch is one of the most popular products to have emerged from this platform. The app covers all Kickstarter-funded categories, from gadgets to food, from books to video games. You can read about the project, check out their demo videos, read the comments, chat up with the developer and see how many and how much have been contributed to a project. The funding is classified into categories such as gold, platinum and diamond levels based on how much you contribute. The interface is clean and organised well so one can go through multiple tasks with ease. 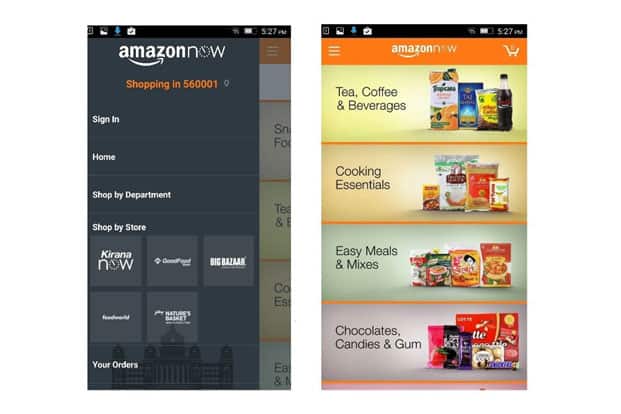 Ordering groceries from a local store is a common practice in most Indian households. People call up the neighbourhood grocer, and the item is delivered on their doorstep in a few minutes. With Amazon Now, you don’t have to bother about making calls anymore. The app catalogues major local retail stores such as Reliance Fresh, Godrej Nature’s Basket and Big Bazaar, and you can order your stuff from any of these stores. Even if you order from multiple stores, Amazon says it will deliver the order at your doorstep in less than 2 hours. It stocks all major edibles, essential items of home and personal use, and even pet supplies. You can easily search though categories or simply search the name of then product. The service is currently available only in Bangalore, with more cities expected to be added soon.