In 2005, business speaker and consultant Rachael Robertson led the 58th Australian National Antarctic Research Expedition to Davis Station. Over the next year, she managed 17 people through months of darkness, with no escape from the frigid cold and howling winds—an experience which, Robertson says, provided “an opportunity to road-test my leadership ideas the hard way—without the luxury of peers, a desk or high-speed broadband!" She shares an account of what it takes to survive and lead in the harshest environment on Earth in a book, Leading On The Edge: Extraordinary Stories And Leadership Insights From The World’s Most Extreme Workplace.

In the section on “What It Takes To Be An Inspirational Leader", Robertson talks about how harsh environments can serve as leadership laboratories, inculcating effective, authentic leadership skills. Edited excerpts:

I’m convinced the ability to inspire and motivate people is the single biggest attribute of a successful leader. The Randstad World of Work Report 2011/12 found that more than half of all employers and employees surveyed confirmed the critical need for a leader who inspires and motivates, yet half of the respondents rated their own direct manager as poor or average in this area. There is a significant gap between what is expected of our leaders and what they are delivering. Add the fact that productivity is directly related to employee motivation and it becomes not just a people issue but one that impacts on the bottom line. So how does a successful leader inspire and motivate?

Upon our return to Australia, 95 per cent of my winterers rated their general level of satisfaction with the expedition as moderately satisfied to highly satisfied.

...Here I share the six things that led my expeditioners to rank me as “inspirational", as I think these apply universally to every leader in every workplace. 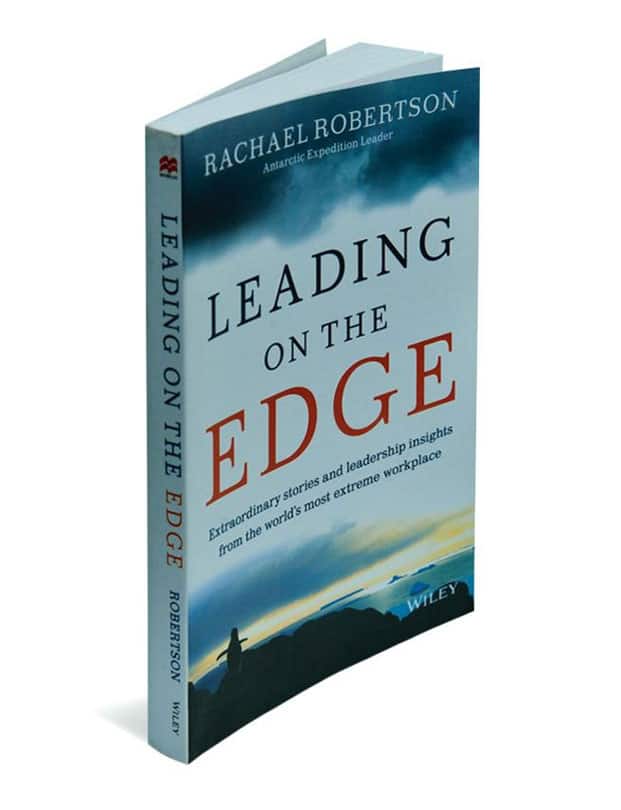 Inspiring leaders are those who can articulate the big strategic directions of the organisation while at the same time clearly explaining how each individual contributes to these larger goals.

Feeling valued and recognised for the work you do is the bedrock of employee morale. The Randstad report reveals: “38 per cent of respondents said being valued and recognised was their top motivator, followed by a strong understanding of how their role contributes to achieving organisational goals. Salary and remuneration were not as highly valued."

Our “Day in the Life" sessions gave people the opportunity to show us the tasks they completed in an average day. This simple social ceremony turned into something vastly more important as each person came to fully understand, and value, the contribution of his or her peers.

Inspiring leaders know themselves and their capabilities. They dedicate time each day to reflecting on their decisions and evaluating their own performance critically and honestly. This ability to reflect enables leaders to learn and develop; more importantly, it enables them to correct a decision that may have been incorrect, no matter how well intentioned or how well considered.

A leader who displays appropriate emotion is powerful and human and demonstrates a strength and confidence that is inspiring. Disappointment at missing out on an important job the team pitched for; delight over an unexpected success; sadness over the departure of a valuable member of the team; relief at the closure of an event—these are all appropriate emotions. Expressing them consistently ensures your team can predict with some clarity how you will react and respond.

Knowing and understanding the individual differences of each of your team members will inspire and motivate them. Appreciating their skills and capabilities means you can match individuals to tasks, increasing productivity as staff undertake work they are good at or enjoy, or even both.

Similarly, understanding that different issues affect people differently, and empathising with that, will improve motivation.

An inspiring leader will find reasons to celebrate, regularly and at times spontaneously. During the long, dark Antarctic winter it was important that we celebrated along the way, not just birthdays and midwinter’s day, but also the smaller successes such as a month without a power blackout, significant scientific data collection or uninterrupted internet access with a fully functioning server. During long projects, or even in times when it’s business as usual, an inspiring leader will find a reason to stop and salute even small accomplishments.

Inspiring leaders fully appreciate the responsibility that comes with the leadership role. They realise they are accountable for developing their team members and growing capacity.

Randstad reports: “Traditionally managers have risen through the ranks purely based on logical progression from one level to the next as opposed to their qualities and skills as a leader"....

Emerging leaders should understand that along with promotion comes greater responsibility. Leaders are under intense scrutiny, their behaviour interpreted often in ways they could never imagine. In Antarctica, where I sat at mealtimes, what time I left social events, how often I took my turn doing the community duties of cooking and cleaning were all closely noted.

Managing performance is also a key responsibility. Rewarding great work and counselling after poor performance are both core parts of leadership.