The Congress government has drafted a Bill against honour killing. It is called “The Prevention of Crimes in the Name of ‘Honour’ and Tradition Bill". Strangely, all the acts which find mention in this Bill—murder,coercion, abetting murder—are already punishable. What is new is that soon we will be prosecuting people specifically for doing honour killing.

Will it work? No. It will in fact promote honour killing. Let us see why.

On 10 July 2010, Surat’s Pooja Rathod, 21, was killed by her brother Mukesh. She was in love and had spent two weeks with her lover. When she returned, Mukesh bashed her head in with a log. The Rathods are from a martial caste Gujaratis call Bapu, and claim Rajput ancestry. They include cricketers Ranjitsinhji, Duleepsinhji and Ajay Jadeja. 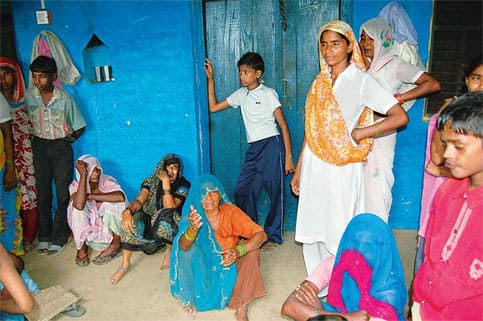 On 21 June 2010, Dilbag and Kuldeep, the father and uncle of 18-year-old Monika, were arrested for her murder, along with that of her lover Rinku. The couple was beaten to death. Though the police did not reveal their last names, India Today magazine reported that the family are Jats.

On 12 May 2008, 19-year-old Vandana died in Vadodara after her father Jayvirsinh Bhadodiya shot her, and her sister and mother brought an axe down on her head. Vandana had eloped with her lover Mayur Marathe. Bhadodiya is a retired jawan and the Bhadodiyas are Rajputs.

On 21 February 2011, constable Sandeep Singh, 21, was murdered by Balwinder Singh in Kapurthala. Sandeep had been in a relationship with Balwinder’s daughter Karamdeep Kaur since they were in school. Balwinder Singh is a Jat.

On 25 November 2003, four Rajput men killed Jasveer Singh, married to Geeta Rani, 20, a Rajput in Hoshiarpur. Jasveer was found in a market, his arms and legs had been cut off with swords. 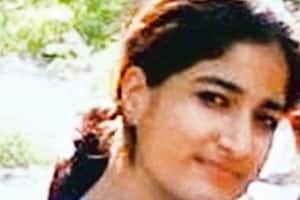 The Dalits of Jhajjar were prevented from drawing water at the village well till they returned two Jat sisters. One of them had eloped with a Dalit boy. Her sister fled with her, fearing punishment because she was aware. The girls were returned and duly slaughtered by their family.

On 11 June 2011, Rameshwar Singh and his sons killed his daughter Ritu, 17, in Hisar. Ritu had just passed her SSC exams and had been stopped by her family from going to school because she had fallen in love. Rameshwar Singh is a Jat.

On 13 June 2010, Asha Saini and her lover Yogesh Jatav were killed by Asha’s family. The lovers, who were both 19, were electrocuted and beaten through the night, their moans being heard by neighbours in Delhi. The Sainis are Rajputs.

On 20 June 2010, three Delhi men, Mandeep Nagar, Ankit Chaudhary and Nakul Khari, were arrested for the murder of Ankit’s sister Monica and her husband Kuldeep, and Mandeep’s sister Shobha. All three were shot for eloping, and were from the peasant Gujjar caste. The Times of India reported the boys were applauded for their action by their community in Wazirpur.

Reuters’ Simon Denyer reported on 16 May 2008 that the village of Balla in Haryana was proud of its action in killing Sunita and her husband Jasbir Singh. Sunita, 21, was five months pregnant, and was punched and kicked in the stomach as she was taken away with Jasbir in cars to her father’s house. Sunita was strangled by her mother, and her father Om Prakash left the bodies on display outside his house. Accompanied by applauding villagers, Om Prakash walked up to the police station to proudly announce the act. The village of Balla, Denyer reported, “stands united behind the act, proud, defiant, almost to a man". Om Prakash is a Jat.

On 26 February 2011, the Bangalore police arrested Gowramma and Mooge Gowda, the mother and grandfather of Deepika, 20. Deepika was killed, along with her four-month-old son, for marrying her neighbour Venkatesh. Deepika’s father, two uncles and an aunt were absconding after murdering and cremating the girl and her child. Gowdas are from the peasant caste called Vokkaliga.

On 30 March 2010, Prabhjot Kaur, 19, and her husband Pardeep Singh were shot dead when Pardeep came to pick up his wife after she sat for an English exam. The couple had just married, and were Jats from Tarn Taran. The couple was under protection from the Punjab and Haryana high court.

On 13 May 2010, Gurleen Kaur, 19, and her mother-in-law Kuljit Kaur were killed by Gurleen’s father, brothers and uncles. Gurleen was found with her fingers cut off, and with stabs on her neck and shoulders. Kuljit was stabbed in her eyes. Gurleen’s husband Amarpreet, 25, tried to fight back, but was shot by the men. The family are Jats from Tarn Taran.

On 22 July 2009, Ved Pal was killed by his wife Sonia’s family. They had opposed the couple’s marriage and Ved Pal had gone to pick up his bride with a police escort in Punjab’s Singhwal village. Sonia’s Jat family lynched him after brushing aside the police. Twelve people, including members of the Khap panchayat, were convicted for the murder on 30 September 2011.

On 15 June 2007, Manoj Banwala and his wife Babli were killed by her family. They were under police protection, but were kidnapped after their escort fled. The couple was strangled after being beaten. The couple were Jats from Karora in Haryana. On 30 March 2010, five people, including Babli’s brother, Suresh, and her uncles, were sentenced to death for the murder.

On 28 October 2008, two minor girls, Geeta and Kali, were killed by their family in Haryana’s Bhiwani district. The girls were returning after meeting their boyfriends, and were stoned and sickled before being set alight with kerosene. The girls were from the peasant Dhanak community.

When on 29 April 2010, the death of Delhi journalist Nirupama Pathak, 22, was reported as an honour killing, I was immediately interested. This is because her name marked Nirupama as Brahmin. Her mother was arrested and the press, always unhinged, took the family to task.

The clues were all there that this wasn’t an honour killing. For instance, the mother attended Nirupama’s shradh ritual, unimaginable in the light of the bestiality we have seen above. On 2 March 2011, the mother was let off after the police accepted Nirupama had committed suicide.

The Brahmin does not feel honour, nor does the merchant. Two communities feel honour in India, the peasant and the warrior. Any law on honour killing must address these communities specifically, else it is useless. Every year, Indians murder over a thousand daughters for falling in love. Of these, 900 are from the peasantry of Haryana, Punjab, Delhi and north-west Uttar Pradesh.

In our peasant cultures, family honour is reposed in the body of the woman. This is because she is seen as a possession, though not necessarily an asset. Honour is lost when the girl is taken away, and gained when we kill her and take it back.

Honour is bestowed on us by others. We cannot honour ourselves. Honour killing is successful only when society gives the killers honour. The antidote is to make them feel loss of honour, but this new law actually endorses their act. What is needed is to treat them as criminals, not enemies of honour and tradition, because honour and tradition are on their side.

Hindi newspapers use “aanar killing" to describe these murders. There is no Hindi phrase for the act. Izzat kay liye khoon(murder for honour) becomes a positive act. This is because izzat is a positive attribute. Something done in its defence cannot be bad. There is no negative side to honour in our vocabulary: Laaj, sanmaan, izzat, aabroo, kirti are all positive words, warm words. This is why there are quote marks over the word “honour" in the Bill.

Haryana also has Baniyas, but they don’t do honour killing. Gujarat has other castes, but only one does honour killing. We have seen the Rajputs of Gujarat act as savages with their children. But there are no honour killings in Gujarat’s dominant peasant caste, the Patel. Why? Because he has absorbed the Baniya’s pragmatism over time. How? Through culture. There is little value for honour in a mercantile culture, because inflexibility brings pride but always causes loss. Also through religion.

The deity in the homes of Charotar’s Patels is Sri Krishna in his beautiful Ranchhod form. Ranchhod means he-who-fled-from-battle. It refers to Sri Krishna’s act of pragmatism when he chose to save himself by running away from Jarasandh’s fierce general Kalyavan instead of fighting.

This is why there is no Gujarat regiment in the Indian Army—“Jai Ranchhod!" is a most unconvincing battle cry. But the families of all Charotar Patels (Vallabhbhai, Prafulbhai, and my own) bow to Ranchhodrai of Dakor. Problems of culture are ultimately soluble only in culture.

At that CPI conference, former chief justice K.G. Balakrishnan, who heads India’s Human Rights Commission, said a separate law wasn’t needed. All the punishments were already in place. However, Girija Vyas, the force behind this Bill, says: “A law is the need of the hour," adding, “I get at least two calls every week."

Putting quote marks around “honour"does not make it less appealing to the peasant. This law is an English-medium solution to a Hindi-medium crime. I can assure Vyas, whose name indicates she is Brahmin, that her law will not work. In fact, I am willing to bet her that the effect will be the opposite: It will encourage honour killing. Conviction under this law will be displayed by the peasant with great pride, because the highest point of honour is martyrdom.

Aakar Patel is a director with Hill Road Media. Write to him at replytoall@livemint.com