Home >mint-lounge >When will peace finally return to Serendip?

When will peace finally return to Serendip?

When will peace finally return to Serendip?

After the first reports of Prabhakaran’s death, a political analyst from Tamil Nadu appeared on television to discuss the likely impact of the Liberation Tigers of Tamil Eelam (LTTE) leader’s end. Prabhakaran’s death, he said, would be an epochal defeat for Tamils the world over because it would kill the dream of a Tamil homeland. Tamils, he explained, didn’t have a country of their own. 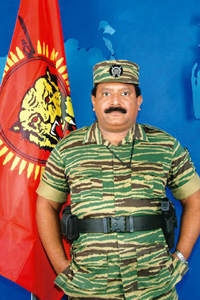 Mistaken: A fascist cannot be a hero. AFP

It has been so long since the Dravida Munnetra Kazhagam (DMK) gave up its demand for a separate Dravida Nadu—in 1963, after the Indian Parliament amended the Constitution to make the demand for secession illegal—that most Indians have forgotten that Tamil separatism once flourished on both sides of the Palk Straits.

The anchor, taken aback by this frank restatement of the Tamil “cause", asked if the analyst didn’t think that Prabhakaran’s violent methods were beyond the pale. The expert replied that Prabhakaran had made mistakes but his single-minded commitment to a Tamil state had been unprecedented and if he died without achieving Eelam, it was unlikely that any other leader would succeed. His tone made it clear that his take on the situation in northern Sri Lanka was at once analysis and elegy.

We should reject that elegiac note. Whatever the nature of Tamil grievance or Sinhalese provocation, Prabhakaran and the LTTE represented a sectarian, violent and fascist dead end. Those who would see him as a Tamil nationalist, a martyr in the cause of self-determination, ought to remind themselves that he killed as many Tamils as he did Sinhalese, that he intended to rule an independent Eelam as a dictator, and that he pioneered or refined every murderous tactic in the modern terrorist’s repertoire, from suicide bombing to ethnic cleansing. Prabhakaran’s conception of a Tamil Eelam left no room for other identities: In October 1990, the LTTE dispossessed and expelled Jaffna’s entire Muslim population, some 28,000 people. The defeat of the LTTE is a necessary preliminary to peace in Sri Lanka.

That said, it’s worth exploring why the political histories of Tamil separatism in Sri Lanka and India are so different. Here, our analyst made a valid point. He argued that the Tamils took to violence after it became clear in the 1950s, 1960s and 1970s that Sinhalese politics had taken an oppressively majoritarian turn and wouldn’t make any concessions to peaceful or constitutional protest.

The root cause for Tamil disaffection was the successful bid by Sinhalese politicians such as Solomon Bandaranaike to replace English with Sinhala as the language of government soon after independence. In 1956, the Sinhala Only Bill became law, breaking with an earlier consensus that English ought to to be replaced by both major languages, Tamil and Sinhala. This was seen by the Tamils not just as the elevation of Sinhala but as the redefinition of Ceylon as a Sinhala Buddhist state. In this they weren’t far wrong: Not only was Sinhala raised above Tamil as the sole national language, the country’s constitution was amended to explicitly give primacy to Buddhism. Article 9 of the Sri Lankan constitution stipulates that, “The Republic of Sri Lanka shall give Buddhism the foremost place and accordingly it shall be the duty of the State to protect and foster the Buddha Sasana…"

In India, there was a similar attempt by politically powerful north Indian zealots, to foist Hindi on non-Hindi-speaking states. Luckily for the peace of the country, Jawaharlal Nehru’s government backed down at the first sign of street protest from enraged Telugu- and Tamil-speaking agitators. Nehru reassured them by guaranteeing that English would be indefinitely retained as the language of Centre-state relations, thus defanging the threat of Hindi hegemony. Had Nehru and the Indian republic not been predisposed by the nationalist movement to value and accommodate diversity, they might have tried to impose Hindi and then the suicide of Potti Sriramulu in Andhra and the street agitations launched by the DMK in the Tamil country might have snowballed into larger, more violent disaffection.

The political sponsors of the Bill didn’t know it then, but by making Sinhala Sri Lanka’s hegemonic language, they were preparing the ground for violent dissent and civil war. But even at the time there were sane, pluralist voices in Ceylon’s parliament that criticized the chauvinism of the language Bill and warned against its consequences. And these were Sinhalese voices. Colvin de Silva, Leslie Gunawardene, N.M. Perera, Sinhalese all, rose to oppose the language Bill. With tragic prescience, de Silva warned of its likely consequences:

“Do we, does this House, do our people want a single nation or do we want two nations?… Do we want one Ceylon or do we want two? And above all, do we want an independent Ceylon which must necessarily be united and single or two bleeding halves of Ceylon…? These are the issues that, in fact, we have been discussing under the form and appearance of the language issue."

Eighty thousand Sri Lankans have officially died since the civil war began in 1983. That war has now ended with the destruction of the LTTE, but in its hour of triumph the Sri Lankan state shows no sign of having learnt the lessons de Silva was trying to teach more than half a century ago.

Gen. Sarath Fonseca, the leader of the Sri Lankan armed forces, said this in a recent magazine interview: “I strongly believe that this country belongs to the Sinhalese but there are minority communities and we treat them like our people… We being the majority of the country, 75%, we will never give in and we have the right to protect this country… They can live in this country with us. But they must not try to, under the pretext of being a minority, demand undue things."

Guru Golwalkar couldn’t have put the majoritarian case better. India has been lucky because its citizens have consistently rejected the dangerous idea that a nation is owned by its religious majority. They said no again this last general election. Starting with 1956, Sri Lanka’s tragedy has been that the Sinhalese have kept on saying yes. Till they learn to say no, Prabhakaran or no Prabhakaran, there will be no peace in Serendip.

Mukul Kesavan, a professor of social history at Jamia Millia Islamia, New Delhi, is the author of The Ugliness of the Indian Male and Other Propositions.

Write to Mukul at highwindows@livemint.com