In these times (they are a-changin’) when a surefire way to stardom is to lose a televised contest, this hill station is hanging on to the lone reality show that birthed its reputation as the Western music capital of India: live concerts. 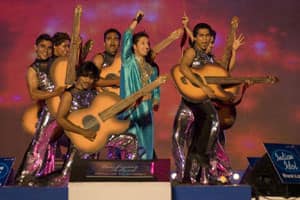 But don’t dare liken them to the North-East’s latest boy wonder. For he has come to represent part of what they rage against: institution, popularity, government sycophancy, cheesy Bollywood music.

You wouldn’t know it by looking around here, though, because this place still largely looks like a shrine to Amit. Neither dhabas nor retailers have taken down signs imploring diners to “SMS 52525" to support Amit, and his face looms on various billboards promoting upcoming concerts.

And so the rockers who have been here all along have one question: What about them?

“These reality shows happen in Hindi. We speak English. Amit Paul was the craziest thing I have seen and the government supported that very much," says Keith Wallang, a musician and concert promoter. “They just don’t give a damn about us."

Wallang is one of the forces behind this weekend’s Festival of Rock: Shillong, part of the state’s Autumn Festival, which runs until 4 November. He says that despite the region having a reputation for rock and the potential to host big-ticket names, Shillong is lacking in coffee shops and bars which host gigs; it also has few arenas and theatres and this hinders the scene from really taking off.

Still, there are clear signs that music has represented an entry to the big leagues for this once sleepy city which some dub the “Scotland of the East". At this weekend’s festival, Mr Big’s lead singer Eric Martin is headlining, with local artists such as Mizoram’s Magdalene, winners of Great Indian Rock 2006, and Meghalaya’s own Snowhite opening; Amit Paul is also scheduled to be there. The organizers are trying to get Shillong into the Guinness Book of World Records for the largest number of guitarists playing together with a crowd rendition of Bob Dylan’s Knockin’ on Heaven’s Door; last year, they accomplished a similar feat with 7,951 drummers.

On 31 October, the Brazilian thrash metal band Sepultura is scheduled to play at Polo Stadium. Thrash metal might be described as cacophony given life and melody, the heaviest and most aggressive of metal music; consider this—the band’s first album was called Morbid Visions, and the gold-selling 1993 opus was Chaos A.D. In India, the tour stops in New Delhi, Bangalore…and Shillong. 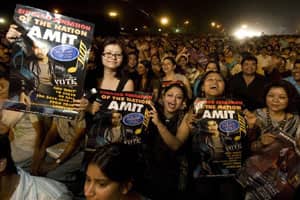 “It could be a reaction to religion. Everyone needs a safety valve to let off steam," says R.G. Lyngdoh, a musician-turned-minister for technical and higher education (only in Shillong can a minister brag that he plans rock concerts to avert strikes on 15 August). “Anything that is against the system, establishment, attracts the youth."

Because, despite the media coverage of steadfast support for the Shillong native, pockets of annoyance also exist. Meghalaya chief minister D.D. Lapang led the campaign to promote support for Amit in the state, dubbing him a “brand ambassador for peace, communal harmony and excellence". Promoters and rock musicians say they have never gotten the same respect from government and that they desperately need better places to play; Lyngdoh says there are efforts to build through the private sector.

“All this Indian Idol is like a lottery," says Felix Langstieh, who runs a band called Felixis on the weekends and the Andante School of Music during the week. “There are people here like Lou Majaw, who has made a name for himself but gotten little recognition."

The Majaw he refers to is one of Shillong’s most venerable names in music, the Khasi guitarist who organizes an annual Bob Dylan tribute concert. But even that is controversial in the tiny but growing community of rockers—some people think events and concerts should support original scores and lyrics from the North-East.

In some ways, says Rudy Wallang, head of the Shillong-based blues band Soulmate and brother of Keith Wallang, the scope for such music is growing elsewhere in India. His blues band has regular gigs in New Delhi and performed at the International Blues Challenge in Memphis, Tennessee, last year. He’s a regular at Haze, a blues bar in New Delhi’s Vasant Vihar, and says he ends up spending most of his time performing outside Shillong.

As for Amit Paul, Rudy Wallang says he doesn’t care much for his music. But he did vote for him a few times. It’s the least he could do for a hometown boy just starting out. Besides, he says, “these are just passing phases."