The things you used to love

The things you used to love

THE ISLE OF DOCTOR NECREAUX (board game)

Board games are fine, the flawed thinking goes, when you’re 13 and on summer vacation at your grandparents’. Nothing more. But board games can be fantastic, low-impact social experiences which are built around great design and clever mechanics. Rediscover this with ‘The Isle of Doctor Necreaux’, a cooperative board game by Jonathan Leistiko for up to five players, in which players join forces against the game, and not each other. 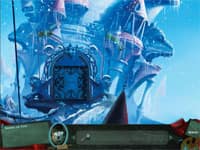 Get spellbound: A screen shot of Drawn.

‘The Isle of Doctor Necreaux’ can be purchased online at Amazon.co.uk (which also offers free shipping to India till May on packages worth more than £25, or around Rs1,800) for $12 (around Rs540).

It is perhaps telling that the world’s most interesting video games come out of genre combinations that are deemed wrong. But like all the best mistakes, they’re revealing snapshots of hidden potential in the mediocrity of mainstream gaming. ‘Drawn: The Painted Tower’ builds its house at the border between these two worlds, between mainstream and niche.

From the outside, it is a humdrum adventure game—mixing elements from hidden-object games (a genre barely above ‘Farmville’ in video game respectability) and point-and-click adventures (a genre in coma since its glory days in the 1990s). But step inside and you’ll find an intelligent world, some stellar artwork and music, and gameplay that is never condescendingly “casual".

The game tells the story of Iris, a girl who can create imaginary worlds by painting them. She’s filled an entire tower with them, opening out into dimensions unseen. But now the tower has fallen to a mysterious dark force, and Iris has disappeared. The game tasks you with finding her. Inflict this one on non-gamers and you’ll find them caught in a video game’s alchemical spell.

Purchase ‘Drawn: The Painted Tower’ via game stores such as Steam (Store.steampowered.com) for $9.95.