Who ate up the forests? asks Subodh Gupta at Jaipur Literature Festival

Artist Subodh Gupta responds to anthropologist Bhrigupati Singh's book on the Sahariya tribe of Rajasthan in his work, 'Who ate up the forests'

Jaipur: Subodh Gupta’s solo show, Anhad/Unstuck, at Famous Studios in Mumbai concluded less than a fortnight ago, on 7 January.

The works there centred around a theme common to his body of work—displacement and migration—with the difference that the cosmos had entered the dialogue; he was seeking to explore our relationship with and within the universe.

At the 2017 Jaipur Literature Festival taking place at Diggi Palace between 19 and 23 January, Gupta has on display one work that brings us right back to earth, with a thud.

Who Ate Up The Forests?, as the work is titled, is in response to anthropologist Bhrigupati Singh’s 2015 book, Poverty and The Quest for Life: Spiritual and Material Striving in Rural India. Placed in the centre of a lawn is a large rusted cage, being carried by a bird, an eagle perhaps, its eyes glowing red in the night, which has been created with large-scale imitations of kitchen utensils. 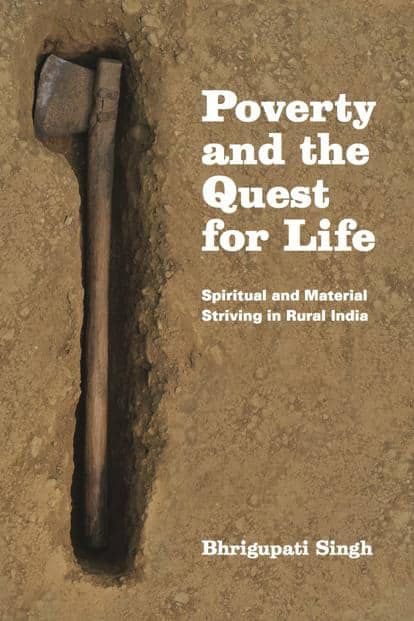 Within the cage, using frayed jute cloth, shrivelled coconut shells, used brooms, coconut husk, twigs and branches and other rural household items, are both the body of a bird as well as several nests. The shabbiness, which takes the viewer aback in the midst of the colour and celebratory drums beating at the literature festival, is deliberate.

This is not the first instance of a collaboration between Singh and Gupta. A detail from Gupta’s Pure (I), an axe partially buried in the ground, appeared as the cover image of Singh’s book, releasing it, as the author’s note accompanying Gupta’s artwork put it, “by one small stroke, from being solely my own expression". In Poverty and the Quest for Life, Singh travels to Shahabad, where live the Sahariyas, officially classified as Rajasthan’s only primitive tribe. In an area faced by drought, food shortage, the erosion of natural resources, poverty and among people carrying the baggage of their own terrible history of being former bonded labourers—the wretchedness evoked by Gupta’s work, of a grim, barren life and earth—Singh “asks us to reconsider what quality of life is".

As the note to the book explains, “He shows how the Sahariyas conceive of aspiration, advancement, and vitality in both material and spiritual terms, and how such bridging can engender new possibilities of life." Which brings us back to the miserable landscape of Gupta’s work, lit up by the vitality in the bird’s eyes, which refuse to dim, especially in the darkness of the night.