How to fortify your lungs

There may be no escape from air pollution in most metros but you could at least try to boost your immunity levels. On World Asthma Day, we tell you how

The link between air quality and health is direct and immediate. Last year, the World Health Organization declared Delhi to be the world’s most polluted city.

A study published in the Atmospheric Pollution Research journal in February 2014, which looked at the number of cases of cardiovascular mortality, respiratory mortality and chronic obstructive pulmonary disease cases in Delhi hospitals, found that from 1991-2010, the mortality rate attributed to air pollution had increased by 100% in the Capital. “Fifteen per cent of total deaths in the NCR (National Capital Region) are air pollution-related mortalities," says Ajay Singh Nagpure of the University of Minnesota, US, the main author of this study, on email. “You need to check pollution levels in the area before doing any outdoor activity, including exercise."

That’s not all. A 2013 report by the non-profit, Centre for Science and Environment, and the Indian Council of Medical Research found that the number of premature deaths caused every year by particulate air pollution had increased six times since 2000, to 620,000 deaths in 2010. “Air pollution has been linked to impaired lung growth and lung function in both children and adults," says New York, US, based Neil W. Schluger, chief scientific officer, World Lung Foundation. “In addition, pollution has been linked to increased frequency of lung infections and exacerbations of asthma. There is also evidence that air pollution is linked to an elevated risk of lung cancer."

What can people do? One, advocate for cleaner air. “Sign petitions, join advocacy groups or use social media to support calls for government to implement legislation that helps reduce air pollution," adds Schluger.

Three, try and build up your immunity levels. Fruits, vegetables and exercise can all help. Some tips- 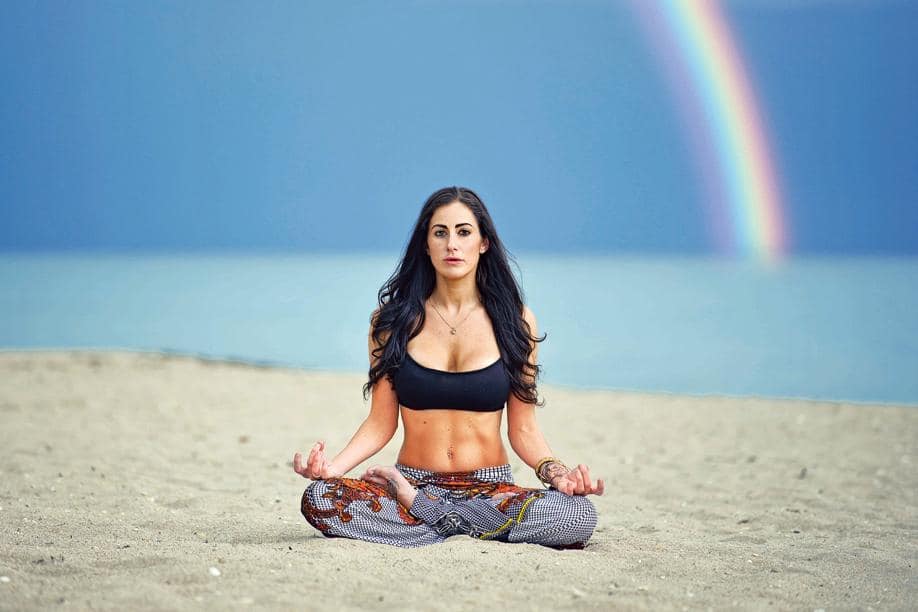 Pranayam, a breathing technique, can increase lung capacity, allowing your body to flush out air toxins, according to a study. Researchers at the Government Ayurved College in Nanded, Maharashtra, studied 60 people who practised 60 minutes of Pranayam daily over 12 weeks, tracking their lungs through a spirometer test every day. Those who were regular with their Pranayam reported improved lung function at the end of the study, published in the ‘International Research Journal Of Pharmacy’ in March 2012. “Regular adherence of Pranayam increases the capacity of lungs and supplies more oxygen to your blood," says Lucknow-based senior pulmonologist Rajendra Prasad, a former director of New Delhi’s Vallabhbhai Patel Chest Institute.

A SQUEEZE OF CITRUS A BITE OF BROCCOLI A CAPSULE OF FISH OIL Want to protect your heart against the onslaught of particulate matter? Add a dash of fish oil to your diet. A study published in the journal ‘Environmental Health Perspectives’ in 2012 found fish oil supplements to be more effective than olive oil in combating and reducing cardiac symptoms caused by air pollution. The researchers recommend a fish oil capsule daily for people who live in areas with bad air quality. “Other than fish oil, virgin coconut oil can also help fight infection and improve immunity," says nutritionist Ishi Khosla.

GET OFF THE COUCH

Tired of breathing bad air? Run or do any form of exercise, suggests a study published in January in the ‘Environmental Health Perspectives’ journal. Scientists at the University of Copenhagen, Denmark, who followed 52,061 people for 13 years, found that those who were more active were less likely to die than those who were sedentary, regardless of the pollution levels where they lived.

Any physical activity, including leisure sports, walking, biking or gardening, lowered the risk of dying by 16-22%. And the benefits of being active were strong enough to overcome the negative effects of breathing in pollutants.

“A healthy body is a much better way to fight pollution," says Dr Rajendra Prasad. He suggests that it’s better to exercise indoors in high-pollution areas: “While exercising, you tend to inhale more air, so outdoors is not a good idea. Early morning is much better than later for exercising."

Asthma and hyperventilation: Know the difference